Varroa destructor, a parasitic mite that has infested most of the areas where honeybees are kept, is obviously problem on a global scale. Varroa-free areas can only be found from small islands such as The Åland Islands in Finland. The only continent that is thought to be free of Varroa is so far Australia- though they have other mites that beekeepers on other continents consider as unwanted.  It is a major problem, since it affects greatly the health and well-being of the hive, and though there are various methods of battling against the infestation it’s still alive and kicking.

As a newly hatched beekeeper starts to collect all sorts of equipment to make the actual beekeeping possible, eventually the bees are needed as well.  Where do you obtain a swarm of bees? It is possible to catch a swarm after they’ve left their hive but it’s a matter of luck whether you get one at all;   usually the bees come from another beekeeper who raises them.  Unless you import the bees from Varroa-free areas, you’ll almost certainly end up with a readily infested population. 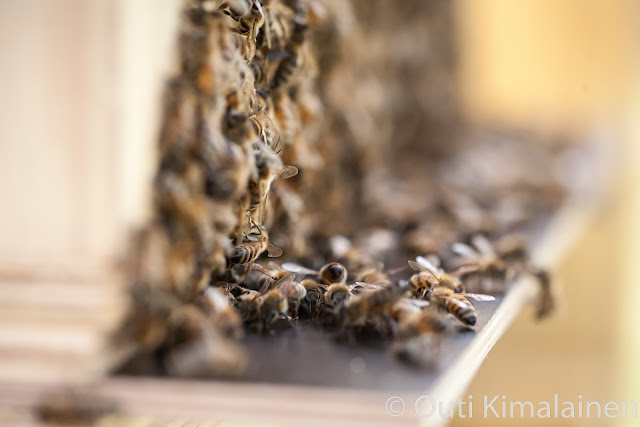 Which leads us to following; in year 2013 at Helsinki University began a research and development project under the name of Sanibee ©.   With any other domesticated animal it wouldn’t be acceptable or wise to buy a stock that already carries an infectious parasite or a disease that lowers the functions of the collective and infests others quite rapidly.  But that’s exactly how it works when you buy bees carrying Varroa.

What happens with Sanibee © is that in June 2013 healthy, mite-free hives from Åland islands were transported to Helsinki.  On the surrounding areas of their new hive site there are a couple of other hives as well, ones carrying Varroa.  What the research is about is measuring how long it takes for the bees to get infected, as well as how the actual mitecontrol treatments affect the hives, and how long the hive will maintain productivity without Varroa prevention and control. 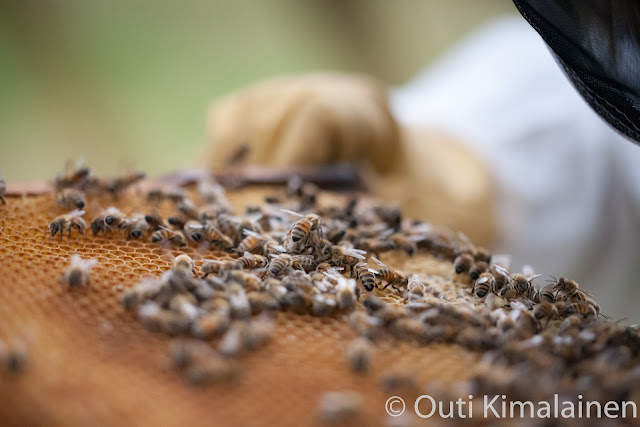 Professor of agricultural zoology, Heikki Hokkanen, is behind the project, and me and two other students are participating with normal beekeeping activities, collecting samples from the hives and naturally taking notes of all that happens.  It’s a wonderful possibility to learn about bee behavior, handling them, observing the life on the hive and gathering practical knowledge of it all.