Welcome to an international seminar that focuses on post-democratic tendencies in politics and in the media!

Ever since the birth of liberal democracies, the relationship between capitalism and democracy has hung in the balance. Today, in the absence of broad coalitions against the decades-long enforcement of market rationality in all social spheres and with a shift of power to democratically unaccountable economic institutions and regulatory authorities, citizens increasingly feel powerless to have any meaningful influence in politics. Regardless of electoral outcomes, unpopular austerity policies continue unabated – necessitating further cuts in social services and public spending in the name of restoring business confidence. Consequently, many symptoms of political disorder have appeared, ranging from citizen disengagement from conventional politics to the withdrawal of privileged elites and the super-rich from supporting the welfare state to the emerging coalition between anti-political populism and technocratic forms of governance.

This seminar will ask if we have moved into a “post-democracy” in which the formal structures of democracy remain in place but are emptied of substance that gives them legitimacy. Following this, the seminar will examine the role of the media at this juncture. Has the media become an arena for post-democratic “politainment” that avoids serious discussions concerning the economic and social consequences of neoliberal policies? Furthermore, what does the crisis of democratic capitalism mean in terms of such long-cherished liberal notions as the public sphere? If democratic deliberation has very limited political impact on economic policy-making in particular, can we still speak about a democratic public sphere – or is it, instead, in danger of becoming a vehicle for strategic communication and affirmations that serve the interests of wealth and power?

The participation in the seminar is free of charge. Please sign up through the link for the coffee and tea service by February 10.

The seminar is organized jointly by the Master’s Programme in Media and Global Communication and the discipline of Political Science at the University of Helsinki. 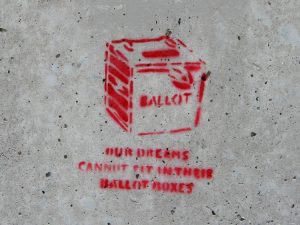