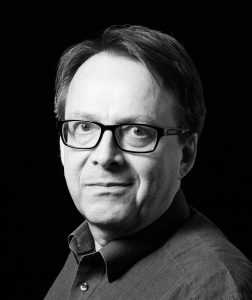 Our next Physics Colloquium for the spring 2021 will take place on Friday, April 9th. We will have a presentation to be given by the current Physical Sciences Editor of Nature, Karl Ziemelis.

Karl Ziemelis received his bachelor’s in Natural Sciences (specializing in physics) from the University of Cambridge in 1988, followed by four years of original research on the optoelectronic properties of conjugated polymers under the supervision of Professor Richard Friend (Cavendish Laboratory, Cambridge), before joining the staff of Nature in 1992, of which he became the Physical Science Editor in 1997.  When time permits, he occasionally writes in a freelance capacity for Nature (having contributed to the news and “News and Views” sections of the journal) and also for the popular science weekly magazine New Scientist.

In his colloquium, titled Writing for Impact, Karl will talk about what makes a great paper and give us some tricks on writing for high-impact journals.

Here is the abstract:

What makes a great paper? Great science, of course! But that is only part of the equation. A great paper will not usually write itself: as the author of such a piece, you need to know your audience, be mindful of your readers’ time and – perhaps most importantly – lay clear foundations for future developments. I will give a Nature editor’s perspective of what works (and what doesn’t), along with some general “tricks of the trade” for maximising the impact of your written work. At the end of the day, you want your papers to be read, used and (maybe) even enjoyed.