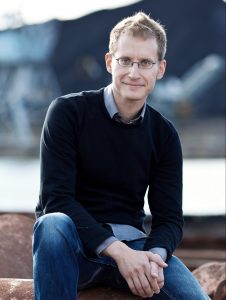 Our second colloquium of 2018 will be held on 16th of February. Our speaker will be Jaakko Lehtinen. Jaakko is both an associate professor at Aalto as well as a principal research scientist with NVIDIA Research.

We have invited him to speak to us to give a broader perspective on research in the natural sciences, and how it can make contact with industry. He will tell us about some of the ways in which machine learning combined with physical simulations can help to tackle hard problems in artificial intelligence, in a talk titled When you see x, say y.

How do we make computers perceive the everyday world and deeply understand it just by looking at it? How do we build virtual agents and real robots that build on this perception and are able to move and interact with the world, including us humans, in a natural manner? In this talk, I’ll aim to get you excited about the currently accelerating congruence of physically-based simulation and machine learning in solving very hard problems in artificial intelligence. I’ll argue that the classic approach of “merely” learning from human-labeled examples is doomed – there is simply no way for us to cover all the variability in the real world with annotated examples – and that making use of interpretable models (simulators!) in the learning process is the way forward. I’ll give examples of my own work, as well as that of my close colleagues and collaborators, and other highlights from around the world.

After the 30 minute talk, there will be a cocktail reception. Welcome! 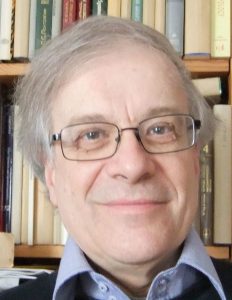 On Friday 26th of January 2018, the Physics department will hold the first in a series of exciting, thought-provoking colloquia. These talks are aimed at a wide audience.

Our first talk is from Claus Montonen, a distinguished theoretical physicist. He is known for his work on the Montonen-Olive duality in quantum field theory, but it is his involvement with ICAN, the International Campaign to Abolish Nuclear Weapons, that he shall speak about in a talk titled The Road to a Treaty Banning Nuclear Weapons.

ICAN won the 2017 Nobel Peace Prize “for its work to draw attention to the catastrophic humanitarian consequences of any use of nuclear weapons and for its ground-breaking efforts to achieve a treaty-based prohibition of such weapons”.

Montonen will discuss the history of attempts to achieve complete nuclear disarmament, and outline the developments leading to the agreement on the Treaty Banning Nuclear Weapons (TBNW) last July. He will highlight the role of non-governmental organizations and initiatives, and discuss the obstacles to the general acceptance of the TBNW. Here is his abstract:

Since the introduction of nuclear weapons there have been attempts to achieve complete nuclear disarmament. This history will be recalled and the developments leading to the agreement on a Treaty Banning Nuclear Weapons (TBNW) last July described. The role of non-govermental organizations and initiatives, especially of the recent Nobel peace laureate ICAN, will be highlighted. Finally the obstacles to the general acceptance of the TBNW will be discussed.

After the 30 minute talk, there will be a cocktail reception. Welcome!