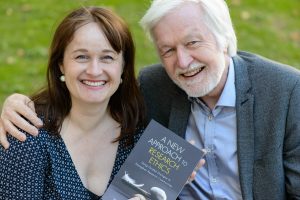 The two Mustajokis, the authors of this blog, comprise a unique team.

Henriikka completed her PhD in Glasgow in bioethics. Besides Scotland, she has taught research ethics in University of Sydney and several Finnish universities. She has published on various topics in research ethics under the family name Clarkeburn.  Arto has a very different background. He is professor of Russian, soon emeritus, at the University of Helsinki. Apart from Russian language, he has published on causes of miscommunication, cultural differences of people, and theory of linguistics. During his long career he has hold and still holds various administrative positions: vice-rector, dean, chair of the board of Academy of Finland, member of state research and innovation council, president of the Finnish learner’s society etc. He has gained international experience in global (Int. acc. of Russian teachers), European (ESF and ESFRII) and Nordic European research organisations. Arto and Henriikka complement each other in their research backgrounds and diverse career paths as well as representing different generations and gender perspectives.

Henriikka’s and Arto’s book Tutkijan arkipäivän etiikka (Researcher’s everyday ethics, 2007) was a great success in Finland. Its exceptional approach and content raised a wide interest and the book has got an astonishingly large number of citations for a small language area. More importantly, the new way of teaching research ethics translated well in to practice. Doctoral students welcomed the idea to discuss not only topics of doing research and publishing it but also other question researchers meet in their lives. The also thanked the practical tools for guided dialogue and avoidance of black-and-white thinking in ethics.

In the summer 2014, Henriikka and Arto held research ethics classes for doctoral students in a LERU (League of European Research Universities) 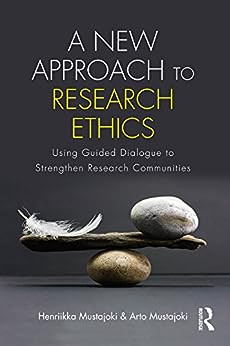 Summer School. The multicultural audience brought into discussion a lot of personal cases, which had some local nuances but also common features. After having received very positive feedback, Henriikka and Arto decided to compile a research ethics book for the international market. The basic idea of the guided dialogue approach was the same as in the first book but with an international context and update on the current key ethical challenges in the research community. This book – A New Approach to Research Ethics
– was published by Routledge in 2017

You may want to know, whether Henriikka and Arto belong to the same family. They do. Arto is Henriikka’s uncle, a rare combination of authors.