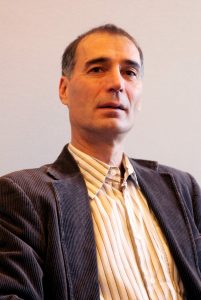 Aleksanteri Institute’s director, professor Markku Kangaspuro is the project manager of Russian Media Lab. Professor Kangaspuro has a wide expertise on Russia’s political development, nationalism, modernization and media landscape. He has led several projects on Russian media, including Memory at War: Cultural dynamics in Poland, Russia and Ukraine, Constructing Russian Identity in the Media: Between the History of WW II and the Future of Europeanness and Russian Identity in the Media and Identity Politics in Eastern Europe. From 2002 until 2012 he was the editor-in-chief of Idäntutkimus -The Finnish Journal of Russian and East European Studies, a leading Finnish scientific quarterly in the field. 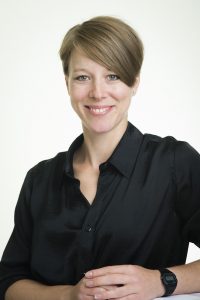 Doctor of Philosophy Mariëlle Wijermars is a Rubicon Postdoctoral Fellow at the Aleksanteri Institute, specializing in political communication, mass and online media in contemporary Russia. She is the co-founder of Digital Russia Studies (University of Helsinki) and editor of Digital Icons: Studies in Russian, Eurasian and Central European New Media. Currently, she is conducting the research project ‘Selling Censorship: Affective Framing and the Legitimation of Internet Control in Russia’, funded by The Netherlands Organisation for Scientific Research (2018-2020). She previously lectured in East European Studies at the University of Amsterdam and holds a PhD from the University of Groningen (2016). in the spring of 2018, she was a visiting postdoctoral fellow on ‘Algorithmed Public Spheres’ at the Hans-Bredow-Institut for Media Research at the University of Hamburg and, in September 2018, a visiting scholar at the School of Media of the Higher School of Economics, Moscow. 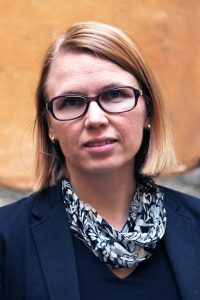 Doctor of Social Sciences Katja Lehtisaari has researched, among other topics, Russian print media and the convergence development of Finnish newspapers. She works as a researcher in the Aleksanteri Institute and takes part in the  Center of Excellence Choices of Russian Modernisation as well as the Academy of Finland funded project Facing the Coordination Challenge: Problems, Policies, and Politics in Media and Communication Regulation (FACE). She is the editor-in-chief of Idäntutkimus – The Finnish Journal of Russian and East European Studies. Lehtisaari has previously worked as a subeditor of the business newspaper Taloussanomat and as a lecturer of journalism in the University of Tampere. In the spring of 2015 she worked as a visiting researcher in the Reuters Institute of the University of Oxford. 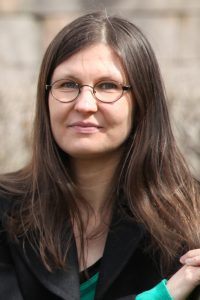 Doctor of Philosophy Saara Ratilainen was awarded First Class with Distinction (Laudatur) for her doctoral dissertation in 2013 in the University of Tampere. Ratilainen now works as a post-doctoral researcher in the University of Tampere and the Aleksanteri Institute. Her research interests include Russian media, gender and cultural studies, Russian language and literature and consumer culture and consumer society in Russia today. In her doctoral dissertation, Ratilainen studied Russian women’s consumer magazines and discursive construction of post-socialist consumer culture. From May to June in the year of 2015 she worked as a visiting researcher in the Leeds Russian Center (University of Leeds).

Doctor of Philosophy Jussi Lassila works as a postdoctoral researcher in the Aleksanteri Institute. He defended his doctoral dissertation on the political communication of Kremlin supporting youth groups in 2011. Lassila has studied the use of the Second World War in public discourse and as a part identity politics in today’s Russia, and looked at the political ideologies’ interaction with governance and opposition in Putin’s era. Lassila is author of, for example, The Quest for an Ideal Youth in Putin’s Russia II: The Search for Distinctive Conformism in the Political Communication of Nashi, 2005-2009 (Ibidem Verlag 2012, Columbia University Press 2014). His areas of expertize include discourse analysis, rhetoric and political communication, post-socialist identity politics, nationalism and populism. 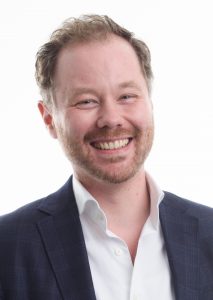 Doctor of Social Sciences Freek van der Vet works as a researcher in the Aleksanteri Institute and is funded by the Kone foundation. In his Doctoral dissertation, Van der Vet studied the strategies of Russian lawyers use when take cases of the disappeared and the victims of discrimination and torture to the European Court of Human Rights. Van der Vet has a seven-year experience of fieldwork in Russia and he has interviewed numerous politicians, lawyers, victims and human rights activists. 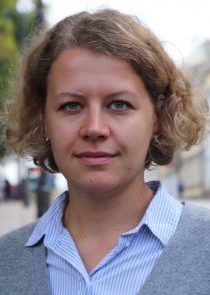 Olga Dovbysh works as a postdoctoral researcher in the Aleksanteri Institute and is project coordinator of the Russian Media Lab. Her research interests lie at the intersection of media studies, economic sociology and political economy with focus on studying media markets in Russia. She defended her dissertation on the transformation of links between media companies and the state on Russian regional media market. Dovbysh has a three-year experience of fieldwork in Russian cities where she has interviewed editors, journalists and managers of local media outlets, state officials and media enthusiasts. She previously lectured in both Russian and English language in Media Studies at Higher School of Economics (Moscow, Russia, 2013-2018).

Janne Suutarinen works as an intern in the Aleksanteri Institute and as a research assistant in the Russian Media Lab project. His main duties are to assist with the editing of the book that concludes the project as well as keeping the blog updated. Suutarinen is a student of political science at the University of Helsinki.