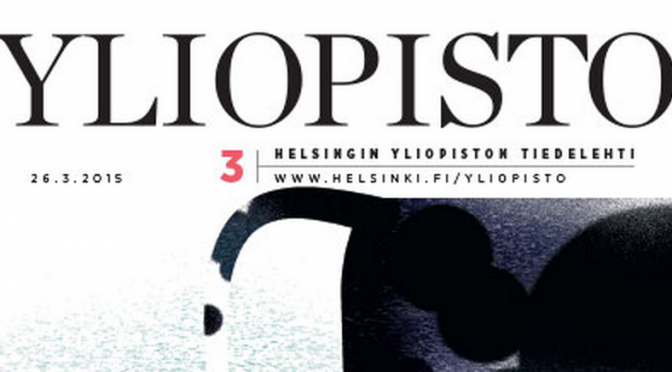 The science magazine of the University of Helsinki published in its most recent issue (3/15) an interview with Academy Research Fellow Jutta Jokiranta, the leader of team four in our Centre of Excellence. In the article, Jokiranta sheds light on the significance of the most important archaeological find of the 20th century. In the spotlight of the article is the Qumran community, its relationship with Second-Temple Judaism and the significance of the texts discovered from the caves.

One of the most recent approaches to Qumran studies has been the cognitive study of religion. It is one of the key perspectives in Jokiranta’s own research: “…it is interesting to ask how traditions are mediated in rituals and how members express their commitment to the community through them. It is also central in rituals to believe that they truly produce change.”

The focus of our Centre of Excellence is particularly on the changes that have occurred in sacred texts and traditions, as well as the changes they have produced. The writings found at Qumran have changed the views on the diversity of the texts in Second Temple Judaism. It is incorrect to speak of a collection of texts called “The Bible” when it comes to the turn of the Common Era.

“These manuscripts are a thousand years older than the earliest Hebrew copies of the Old Testament that we knew before their discovery. When these texts were written there was no fixed Bible, but a multitude of manuscripts from which only later developed the collection we know today.”

“Qumran texts have revealed how diverse the texts of the Old Testament really are. Also texts that did not make it into our Bible were considered authoritative.”

The whole interview can be read in Finnish from the “Yliopisto”-magazine that is freely available in every building of University of Helsinki.