While we often want to experience and discuss poetry and scientific phenomena in completely separate contexts, and indeed as far from each other as possible, there was a time when the twain did meet — and in doing so created the most moving and engaging verse imaginable.

This is the form of English verse that (in the words of Samuel Johnson almost two centuries later) was to be called Metaphysical poetry. The term refers to verse originating in the 1590s and, most specifically, with the poet John Donne (1572-1631). Other poets included in this group of writers are, most significantly, George Herbert, Henry Vaughan, Richard Crashaw, and Andrew Marvell.* Some scholars also include, for example, Thomas Carew, Abraham Cowley, and Richard Lovelace, as well as some earlier, pre-Metaphysical poets like Ben Jonson, Walter Raleigh — and even William Shakespeare.**

The common denominator for Metaphysical poetry is its strong focus on complex imagery and use of diligent linguistic precision. (In the terms of rhetoric, this is referred to as Metaphysical conceit.) The poets were learned men of intelligence, and of wit (another central term for this poetry), and they were eager to demonstrate their refinement through linguistic artfulness. The poems are primarily concerned with passion, or with God — or with combining temporal and celestial love; later, closer to the mid-17th-century and the revolution, political topics were introduced into the discourse. Strong lines resolutely carry the significance of meaning.

Very often the Metaphysical conceit introduces imagery from the realm of exploration or scientific discovery. This was a world very new for the writers of the time, and the new worlds and universes presented endless possibilities for fantastic encounters — with oneself, with a lover, and with God. Donne frequently elaborates on the image of the sun rising and setting, and he uses it as a poignant homophonic metaphor for the son of God rising on the cross to die and setting in the grave to save mankind. Other metaphors include maps to new worlds, cosmological spheres — and, most famously perhaps, the drawing compass.

Here the Metaphysical poetry of the 1590s and the early 17th century meets the Science Fiction of today. In both genres the writers seem to employ the metaphors of the most developed thinking of their day, to reach to the limits of that understanding — and to venture beyond the known world. Writers in both eras and genres use the most elaborate research of their time as a springboard for their creative minds, and build new universes with which to illustrate the intricate workings of mans body, his mind, and his soul. 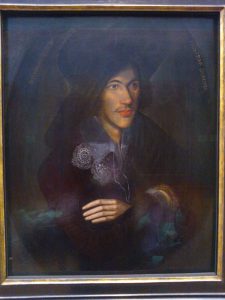