In June 1520, two young European monarchs, King Henry VIII of England (1492–1547) and King Francis I of France (1494–1547) met at the Field of the Cloth of Gold, an area between English and French territory on the Continent. The summit was largely orchestrated by King Henry’s close advisor, Cardinal Thomas Wolsey (1478–1530), and it was one of the early attempts to create a political European brotherhood to ensure peace and prosperity to all parties.

This was a stately affair. The two monarchs were rising European Renaissance princes, known for their learnedness and art as well as skills in both diplomacy and combat. Wherever a king went, on progress or for a political encounter, streets were closed, houses were taken over by the royal entourage, people gathered by the road cheering, some protested – and it was always an honour to be associated with the king, in one way or another.

William Shakespeare’s (1564–1616) play King Henry VIII (1613) gives us an account of the events in the words of the Duke of Norfolk, who refers to the encounter as a “view of earthly glory” continuing that:

“… The two kings,
Equal in lustre, were now best, now worst,
As presence did present them; him in eye,
Still him in praise: and, being present both
‘Twas said they saw but one; and no discerner
Durst wag his tongue in censure. When these suns—
For so they phrase ’em—by their heralds challenged
The noble spirits to arms, they did perform
Beyond thought’s compass; …”

The two glorious monarchs were later known for other things than youth and splendour. (Francis suffered a number of military setbacks, and Henry carried his duty to fulfil his Tudor legacy to the verge of tyranny.) But the meeting at the Field of the Cloth of Gold was a significant signpost for European policy and political mind-set at the time. Different accounts and interpretations of the final outcomes of the meeting have been presented in chronicles and histories, and the attempt for further European liaison, and even for world peace, has been an endeavour ever since the days of King Henry and King Francis. Each age will decide the significance of each individual encounter. So also, eventually, of the Helsinki Summit of today.

I wonder, though, how much we have learned from the past, and how history will eventually report this latest meeting. Watching the black carcades drive towards the summit venue under a warm Helsinki sun today, nearly five-hundred years after the event in France, I recall the words of the Duke of Norfolk/Shakespeare on the first encounter of the two Renaissance princes:

“I … saw them salute on horseback;
Beheld them, when they lighted, how they clung
In their embracement, as they grew together;
Which had they, what four throned ones could have weigh’d
Such a compounded one?”

Two leaders, in their unity worthier than four kings. Quite a challenge. 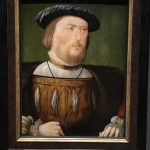