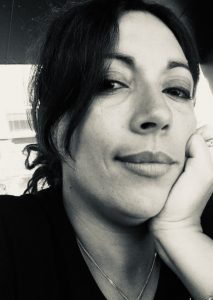 According to the Islamic concept of life, God has created enough resources that meet the needs of all humanity, therefore there should be no economic problem at all, and if a problem of that kind rises, it is because of the human neglect and lack of responsibility towards those resources and his insatiable desires for getting more. Therefore, Islamic view of the existence is that wealth should be considered as a means to satisfy one’s needs and not an end in itself. Once each individual satisfies his needs, he must then turn to his obligations towards his family, friends, neighbors and the society as a whole, thus, each individual is an important actor in an institution where every individual is a promoter of peace and goodwill for all.

According to Alasdair MacIntyre, virtues as they were defined by the traditional conception, were opposed to the characteristics of the modern economical order of the 17th and 18th Century, particularly to the individualism and the instinct of possessing. Therefore, there was a new economic conception based on the notion of personal interest and the spirit of competition, which was a unique social phenomenon. Adam Smith developed his theory that the individual interest serves the welfare of all, based on Bernard Mandeville’s conception of the supremacy of personal interests over ethics. In the 18th century, Utilitarianism’s supporters decided to put an end to the set of moral principles and replace them with principles, which fit to the new economic system.

The concept of ethics was firstly defined in Plato’s works, and ended in the 18th century, when Adam Smith developed the theory of the invisible hand. Plato first analysed the notion of justice from its political side, in other words, he analysed the justice of the city, but he did not stop there, Plato went to describe the meaning of the justice proper to the individual itself, and how the personal morality of the Man is born from his deep conscience. He considers that justice is a virtue present in the inside of the person, and the soul becomes the seat of the reason, which permits to understand philosophy in all its aspects.

Baier’s argument on the justification of morality is that a person is considered as moral only if his concern about moral reasons is more important than his personal or social reasons. It is also important to make sure that the moral reason of someone is true and therefore becomes a moral rule. Moral rules in general have no exceptions especially if those exceptions are designed in order to favour someone’s personal interest.

J.S.Mill considered that the theory of classical utilitarianism as it is seen by Bentham was simple, and that human experience and psychology was indeed very complex, therefore the notion of happiness needed a larger space due to the differences of individuals and the pluralism of the humanity, J.S.Mill tried to include other values to the notion of happiness, among those values is, virtue, health, freedom…etc

By developing Bentham’s theory, J.S.Mill tried to discuss utilitarianism more openly in order to be connected with the human experience, he tried to prove that in order to reach happiness, and thereafter a general welfare, we need many contributing elements which also consider that reaching happiness is not an end in itself but a conduct which must admit that happiness itself is a set of important and moral values and ethical activities, Mills gave a big importance to the ethical growth and select therefore some of the pleasures as being qualitatively better and indeed with greater values than other pleasures, which is for instance the greatest happiness of the majority.

At the end, human responsibility and consciousness  are major in the sense that happiness and wealth should not be an individual objective, but should be only means to live a better life in a community.