This study seeks to understand the changes in sea trade law and the material record associated with it in the period from 2nd cent. BC until the 3rd cent. AD. To that aim, it merges ancient legal sources and the archaeological record in order to understand if there was a relation within the rulings established by law and the materials and structures used in the practice. This study will bridge the gap between theory and practice, and intends to understand what kind of communication was established between lawyers and merchants. Thus, it will address the following main research questions: (1) what mechanisms to deal with sea trade were developed by Roman law from the 2nd cent BC until 3rd cent. AD? (2) How did the changes in the law have a reflection in the artefacts and infrastructures used in commercial daily life? (3) Was Roman law designed for traders and inspired by them? Conversely, (4) were traders aware of all the particularities of Roman trade law? These questions relate to other fields of research, such as the role of political authorities in the changes in the law. It will study legal commercial mechanisms (e.g. agreements, agency) chronologically and focusing on the areas of the case studies. The commercial sites from Rome and Arles’ connections to the sea will be mapped and the areas where material evidence has been attested will be linked with the legal sources associated.

The discussant is Katja Tikka. 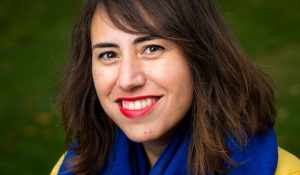 diz is currently Core Fellow at the Helsinki Collegium for Advanced Studies (HCAS). She defended her PhD in Roman law in 2014 (University of Alicante and Facolta di giurisprudenza Palermo) concerning criminal liability for shipwrecking. She has just completed a second PhD in archaeology at the Universities of Southampton and Lyon 2 concerning the epigraphy of merchandise. Her research interests are in Roman law, and especially with a commercial and maritime focus. Moreover, her work also examines the ways in which the material of inscribed artefacts provides information regarding their use as objects of communication. The materiality of the epigraphy of merchandise is set against the background of Roman law shifting the focus from traditional linguistic analysis to the means by which inscribed texts were created, shaped, and used as commercial tools in the different regions of the Mediterranean.