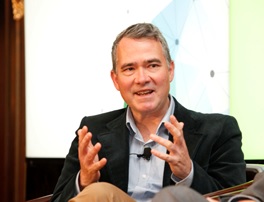 Throughout most of its history, the Chinese Communist Party (CCP) and Chinese Nationalist Party (GMD) adopted largely similar approaches to governing the ethnocultural diversity of “China.” Both political parties claimed sovereignty over the territories and peoples of the former Manchu Qing dynasty (1644-1911) and sought to incorporate, and ultimately domesticate, its barbarism into the new nation-state. Across the vicissitudes of their struggle for power, both parties adopted a range of accommodationist tactics while insisting on the unity and singularity of the national people: viewing the nation-building project as fundamentally a “problem” that needed to be overcome through top-down party-state intervention. This view remained largely unchanged following the establishment of the People’s Republic of China (PRC) and the retreat of the GMD and its alternative Republic of China (ROC) to the island of Taiwan in 1949, with both regimes privileging the “Han”/“Chinese” ethnic majority and its norms.

Over the last couple of decades, we have witnessed a steady divergence of competing nationalisms in the PRC and the ROC which remains largely unexplored. Under a series of post-martial law governments (1987-), the ROC has cautiously and strategically embraced “multiculturalism,” “localism,” and “indigeneity.” These concepts remain highly contested and politicised in Taiwan today, but they have also led to a nascent “indigenous decolonisation” project that is reshaping Taiwanese society and its norms. In stark contrast, the PRC has gradually scaled back its accommodationist policies since the 1989 Tiananmen Square crisis, turning to coercive Han-centralism while systematically erasing indigenous, non-Han Chinese cultures, languages and identities. Under Xi Jinping’s “new era” of CCP power, the final solution to the “national problem” requires the active “forging” of the “collective consciousness of the Chinese nation-race,” with diversity being resigned to the stage, the museum and the past.

In this talk, James Leibold will explore some of the key drivers of these diverging nation-building projects and offer some preliminary thoughts on how we begin to explain and conceptualise these contrasting policies and ideologies.

James Leibold is Professor of politics and Asian studies at La Trobe University in Melbourne, Australia. He is also a non-resident senior fellow at the Australian Strategic Policy Institute (ASPI) in Canberra where he leads the “Xinjiang Data Project.”

With ASPI he has co-authored six policy reports: Uyghurs for Sale: ‘Re-education’, forced labour and surveillance beyond Xinjiang (2020); Genomic Surveillance: Inside China’s DNA dragnet (2020); Cultural Erasure: Tracing the destruction of Uyghur and Islamic spaces in Xinjiang (2020); Family De-planning: The coercive campaign to drive down birth-rates in Xinjiang (2021); Architecture of Repression: Unpacking Xinjiang’s governance (2021); Telling a Good Xinjiang Story: The Chinese Communist Party’s overseas influence operations (2022) as a part of the Xinjiang Data Project.

He is a frequent contributor to the international media on contemporary politics in China, with essays published by The New York Times, The Washington Post, and Foreign Affair, and his views sought out by CNN, BBC, Aljazeera, The Economist, The Guardian, ABC Four Corners and other media outlets.

This event is co-organized with the Institute for Security & Development Policy in Sweden.