Three hours of writing before checking your e-mail.

These have become relatively common techniques to fight the lack of concentration in writing research. At the same time, many lunch conversations drift towards this topic in the hope of finding yet new ones. They usually work for a while, they fail, then we take up a new one. Once we run out of them, we go back to the one that worked for that very productive week. It is almost like remembering an old forgotten love. We go around them in cycles of productivity. It is common to blame the lack of productivity on everyday life annoyances, whether they are work related or not. The objective of those techniques is to build temporary walls between oneself and those disturbances. However, the collapse of those walls is generally one click away and it seems that, as soon as we become too familiar with them, we sort of stop respecting them too. 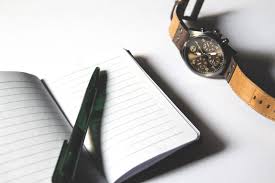 The procrastination book: every time you remember something you need to do, write it down and do it after you are finished.

During January and February I had the chance to use a technique a bit more radical than those everyday life ones. I went to a two-month writing retreat at the Saari Residence, located in Mynämäki, one of the perks of being funded by Kone Foundation. I had wanted to do something like this since I started my PhD back in 2013 and I thought of it as an isolating experience, like building a huge spatial wall between me and the rest of the world. However, I suddenly realized that isolation was not exactly the word to describe it. As Internet lurks nowadays everywhere (and is even a basic tool for the process of writing), I found out that many of those annoyances were still present. It was rather a diving process: I managed to dive into my research and be surrounded by it from morning to evening. This does not mean that I worked 24/7 (is that even possible or sane) but that I would allow myself to write uninterruptedly when I was at my most productive moment. I realized the huge role that social commitments and responsibilities play in my writing and how many times I must leave the office at the end of working hours despite being at the best moment of the day. The retreat was useful in order to let those moments (of inspiration, of focus) come in in full force and embrace them until they are gone. 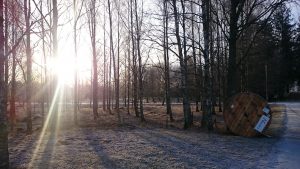 Surroundings of the Saari Residence

My isolation was not complete, I was surrounded by a great group of people in a similar state of mind, which helped share the experience and understand it. Company is important, for the sake of sanity. This sort of isolation worked for me in a very different way than other techniques. Instead of disciplining my time, I let time discipline my work. This is probably not doable as a long-term venture. Research outside a research community becomes a bit more futile in my opinion, and so everything I wrote did not fully make sense until I went back to civilization. However, I find that such retreats (even shorter ones) can be extremely helpful not only for the sake of productivity but also for the sake of understanding one’s work and connecting with one’s research through immersion.

Perhaps those walls are not so much about blocking annoyances out but about how much space we leave inside for us to work comfortably.