Last week the SuALT project took part in filming for a new Open Digital Cultural Heritage (Fi. Avoin digitaalinen kulttuuriperintö) MOOC, which is being developed at the University of Helsinki. MOOC (= massive open online courses) are free web courses which are open to all. The Open Digital Cultural Heritage course will be offered as part of the Masters in Cultural Heritage (Fi: Kulttuuriperinnön maisteriohjelma), with many of its elements available to everyone, without having to study for course credits. The hope is to offer the course, which is in Finnish, to other universities in Finland (including the Open University) to run in their programmes too. 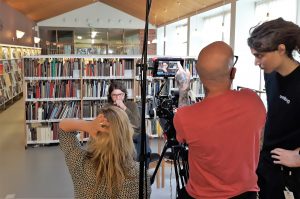 The course will introduce humanities students to open online digital collections in Finland and to the various issues behind them, such as creative commons licensing and the open GLAM (Galleries, Libraries, Archives and Museums) movement. The course will help students start to think critically about ways to use these resources in research. 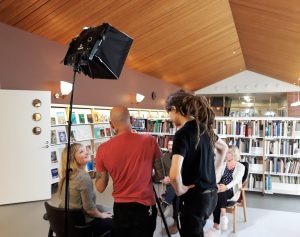 Behind the camera. Photo: Suzie Thomas.

Even though SuALT is still very much an in-process project we felt that it was important to share our experiences so far. SuALT was included in the MOOC for its unique crowdsourcing goals that target the broad public but also because it is going to be a research tool that will not only serve scientists on a national level but also link to resources elsewhere in Europe (such as PAN, PAS, MEDEA and DIME). SuALT will be a platform were citizens, researchers and museum authorities meet and hopefully discuss and share ideas with each other. 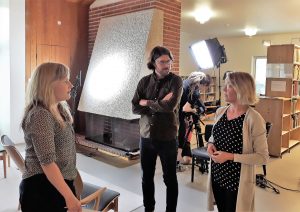 Researchers Anna Wessman from University of Helsinki and Ville Rohiola the Finnish Heritage Agency talked about SuALT as citizen science, the philosophy behind the project and its various archaeological perspectives together with Maija Paavolainen from the Helsinki University Library who was doing the interview. 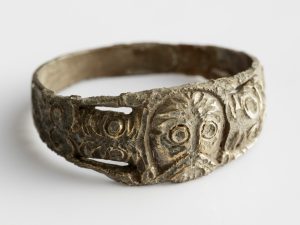 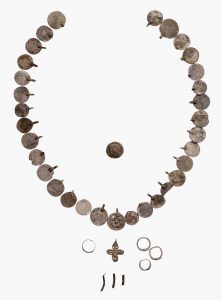