This Tuesday we presented our group work about the six different landscapes all over the world. Each group had to analyse one landscape concerning Biodiversity, Ecosystem Services, Ecotourism and Carbon. 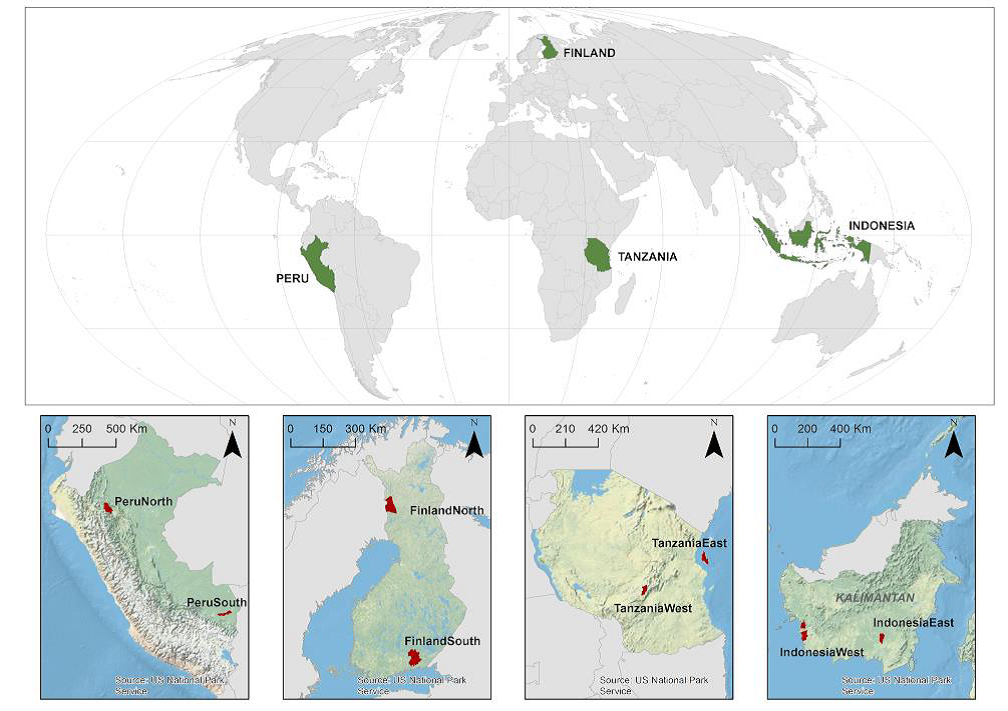 Locations of the landscapes 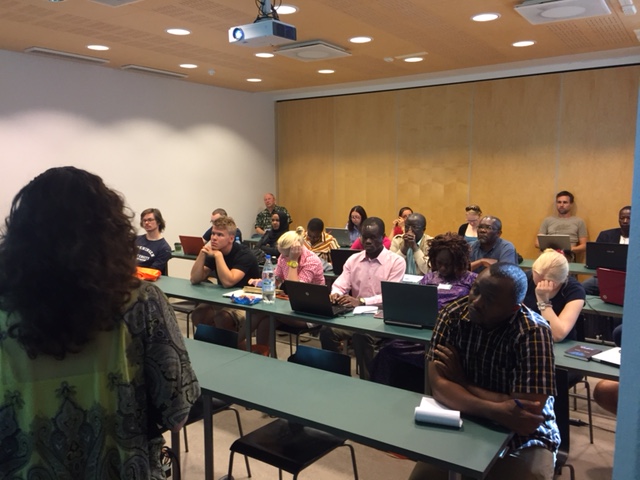 Cause of an unexpected emergency we had to start with group 2, their landscape was the Tambopata Buffer Zone in South Peru one of the region with the highest biodiversity worldwide. The sector of Ecotourism is also growing there but gold mining is destroying the forests more and more. 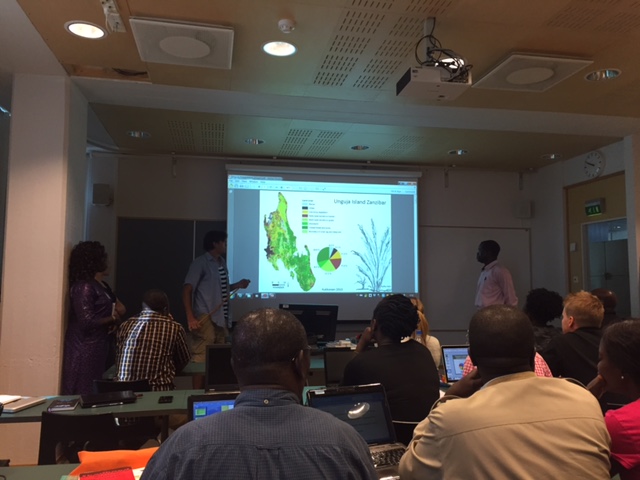 Group 3 followed up and presented their results from Zanzibar where we had a lower biodiversity but this special mangrove forests and coral reefs which were threatened by tourism and the high population density. In history Sansibar was a centre for slave trading and the birth place of Freddy Mercury. 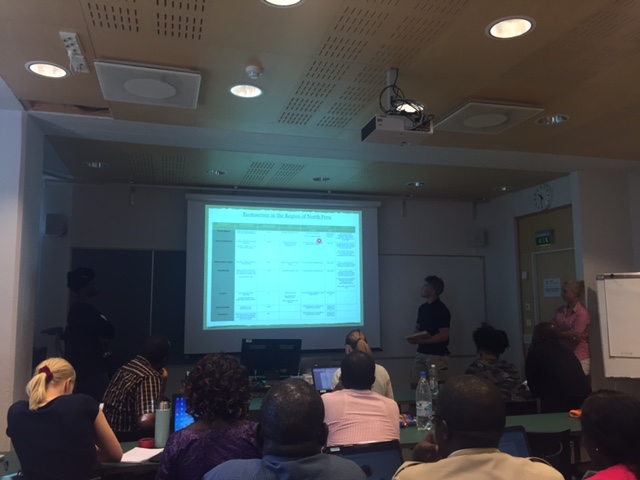 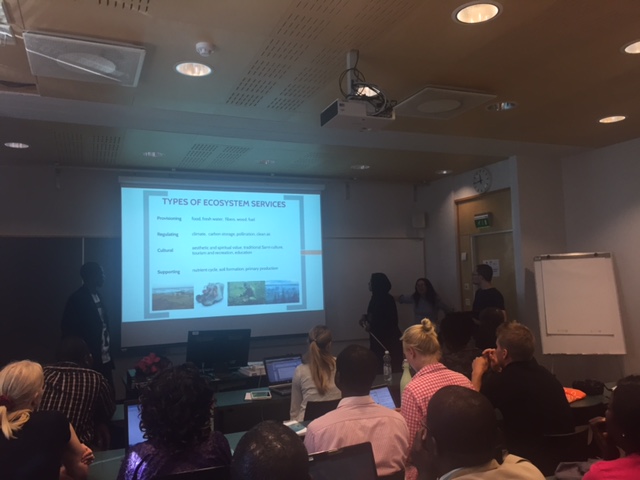 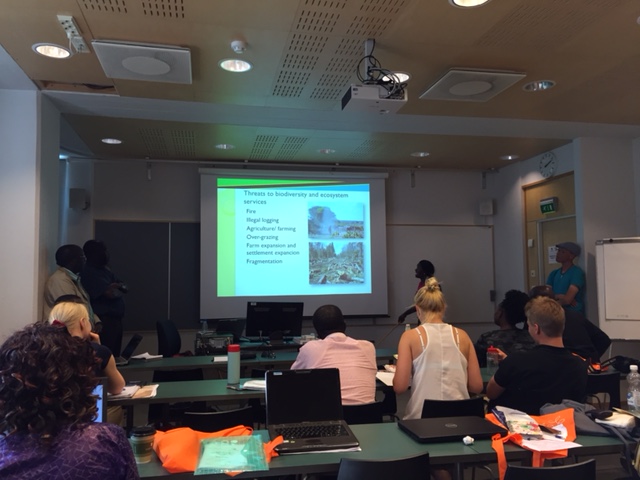 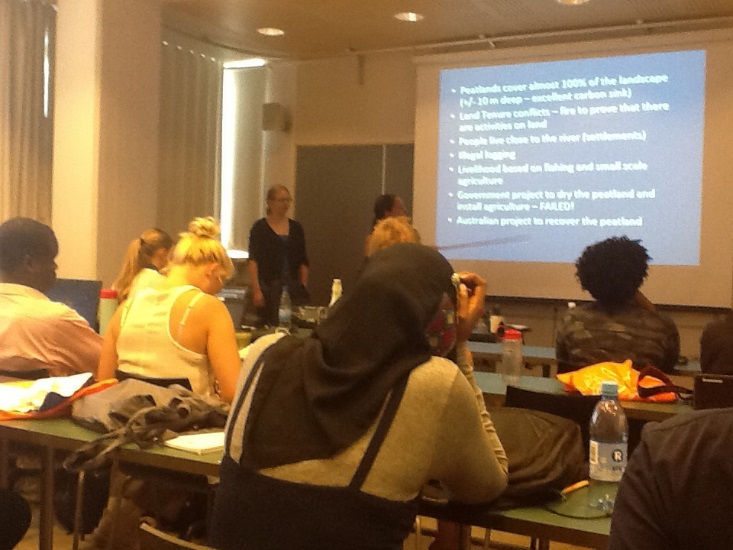 The session ended with an unofficial dancing ceremony from Global Mama and the Zulu to-be king.