The day began with the Kenyan folks arriving very early, prepared to start the day! Saska Lohi, the programme coordinator made some initial remarks and presented the activities for the day. Day was fully dedicated to understand carbon; both in theory and practice, through the lecture in the morning and a workshop in the afternoon.

Docent Markku Larjavaara, working in VITRI, revolved around carbon in five sections; carbon in forests, global biomass variation, impact of global change to forest carbon, carbon workshop and concluded with how money and carbon are linked! 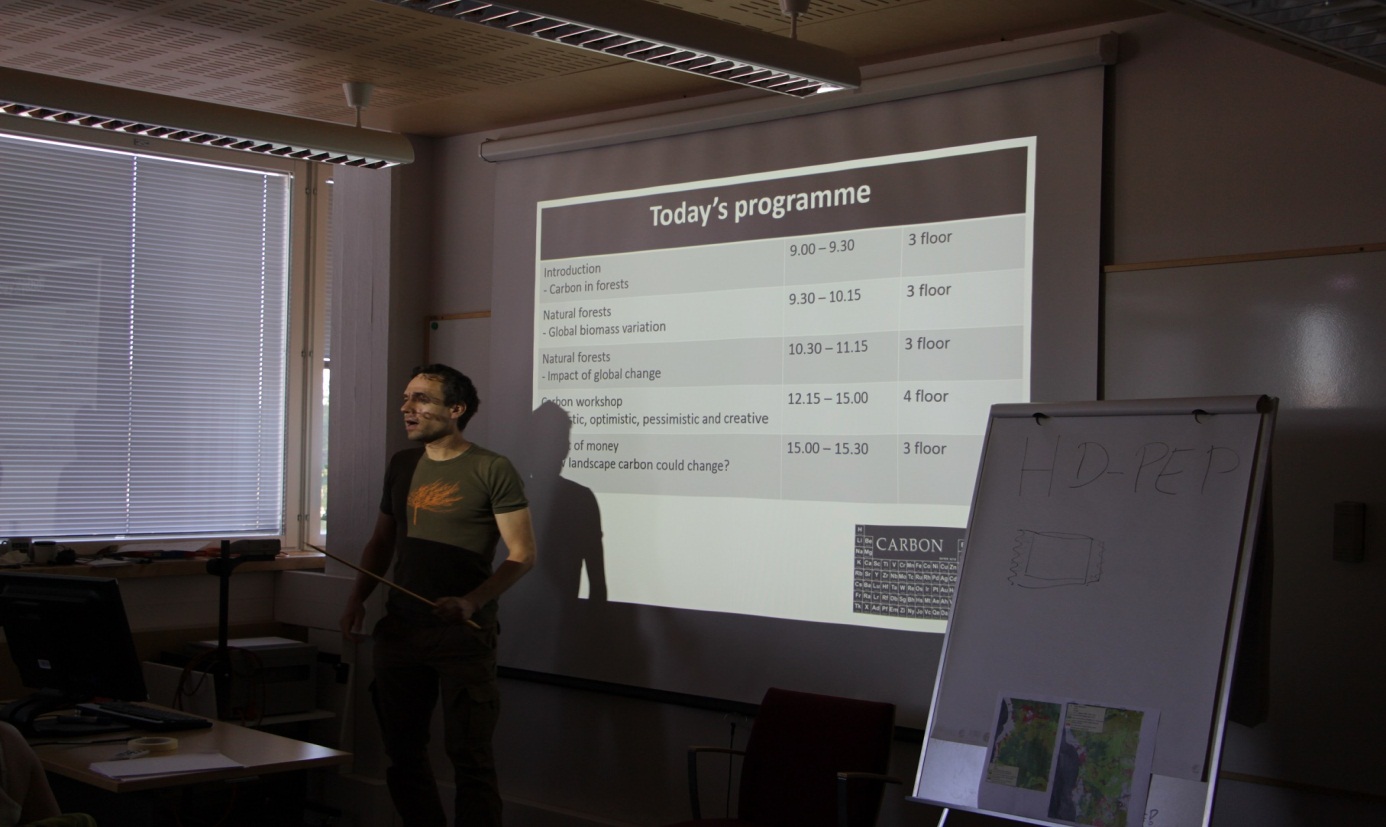 Markku Larjavaara explained the global scale carbon cycle (Carbon flux) and emphasized that the lecture will focus more on carbon stores. Remarkable points were how he explained that 3.7 tons carbon dioxide is equivalent to one ton of pure carbon. Markku illustrated the mechanisms by using slides from USAID, CIFOR and World Agroforestry Centre and giving examples of footprints from daily life from USA and India.

He also gave explanations about links between stock and flux on forest scale. Quiz about above ground carbon stock under various changes in land use types using graphs helped the participants to understand the carbon stock changes.  Participants were able to identify and match the graphs to the relevant land use types, with caution that this reflects ideal situations which might not be entirely true in reality.

Comparing the scenarios for climate change mitigation under various land use types shows that undisturbed forest is a large stock but not a large sink for carbon. Even if an undisturbed forest does not absorb GHG from the atmosphere, it is better to conserve it than to convert it to other uses said the professor and the class nodded.  In climate change mitigation forests products could be substitutes for steel and aluminum whose production emits a lot of GHG’s.  Also energy sources such oil, coal and gas emit a lot of GHG’s.

The presentation concluded by emphasis on areas where the forest sector can contribute to climate change mitigation, namely; through creating plantations, developing agroforestry, reducing deforestation, reducing emission caused by forest activities and producing biomaterials and bioenergy.

He briefly gave a rich overview of his studies on carbon and the countries he has worked on.  There were countries like Malaysia, Panama, and Tanzania among others and he has even been able to withstand cold weather in Finland.

Markku asked, which regions of the world had the tallest trees?  The participants grappled with the quiz and were able to point out some of the regions and countries like pacific coast of USA & Canada, Australia and Chile. The tallest trees occur in locations with similar climate and with unusually little temperature variation concludes the Professor after going through a series of studies and publications in this topic. He further gave detailed explanation why just average temperature is able to explain global variation in biomass among the humid old growth forests.

So therefore there seems to be very strong relationship between tree height and biomass.  Whereas height is more meaningful for trees, biomass is more meaningful for foresters and may be for an ecologist says the Professor. To things not to be too easy Markku addressed that measuring tree height seems to be one of the open questions of forest sciences as it can be trickier than expected!

Impact of global change on forests

Carbon workshop and impact of money

Practical lesson was about using CarboScen software to simulate and compute carbon changes in the various landscapes. Workshop concluded a fairly packed carbon day! Oh no there was the last session on impact of money that we hardly grasped.  Perhaps we were busy with the CarboScen or yearning for the picnic already! 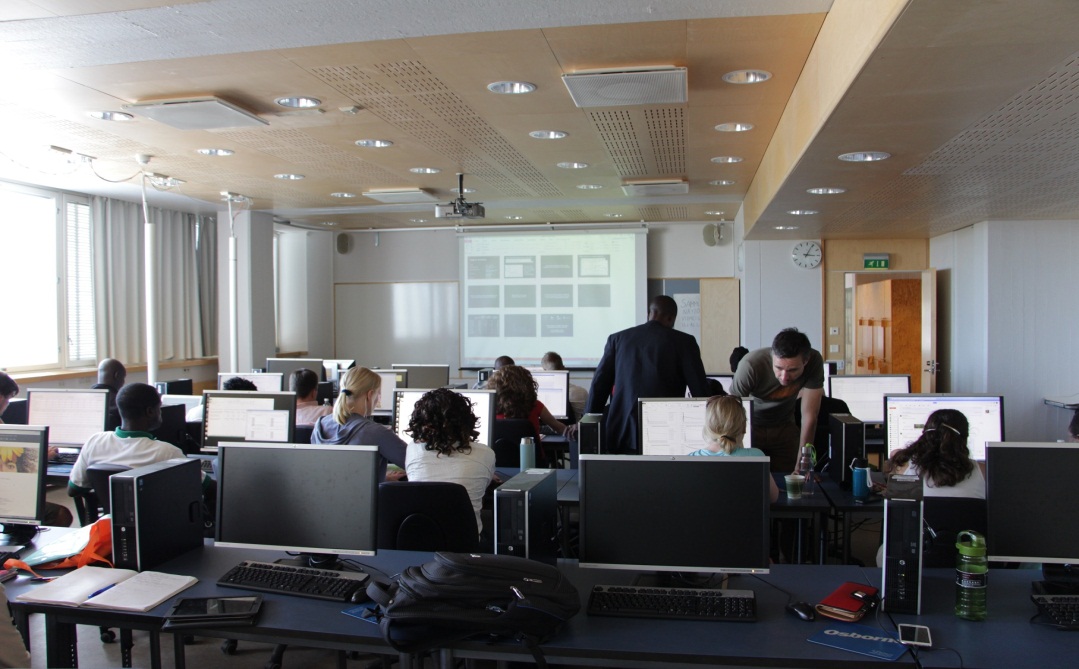 Last and most important there was the Friday afternoon, we were looking forward for the ferry to take us to the picnic at Suomenlinna. Worksome week ended with a short hike and finally settling down to sumptuous Finnish traditional cuisine of smoked fish, bread and salad. For us it was very relaxing and truly therapeutic atmosphere by the beach! We concluded the picnic with the popular mölkky game. What A FRIDAY to remember! 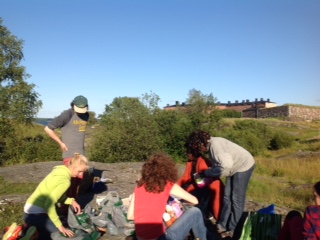 Picnic by the beach