It is almost the end of our Summer School!! Of course we are a little bit tired after almost three weeks of rich discussions and experience exchanges… but there is always time for more!

Today we changed place and our ‘family’ grew up: we are ready for sharing our ideas at the “Public Seminar”, part of the Summer School program. 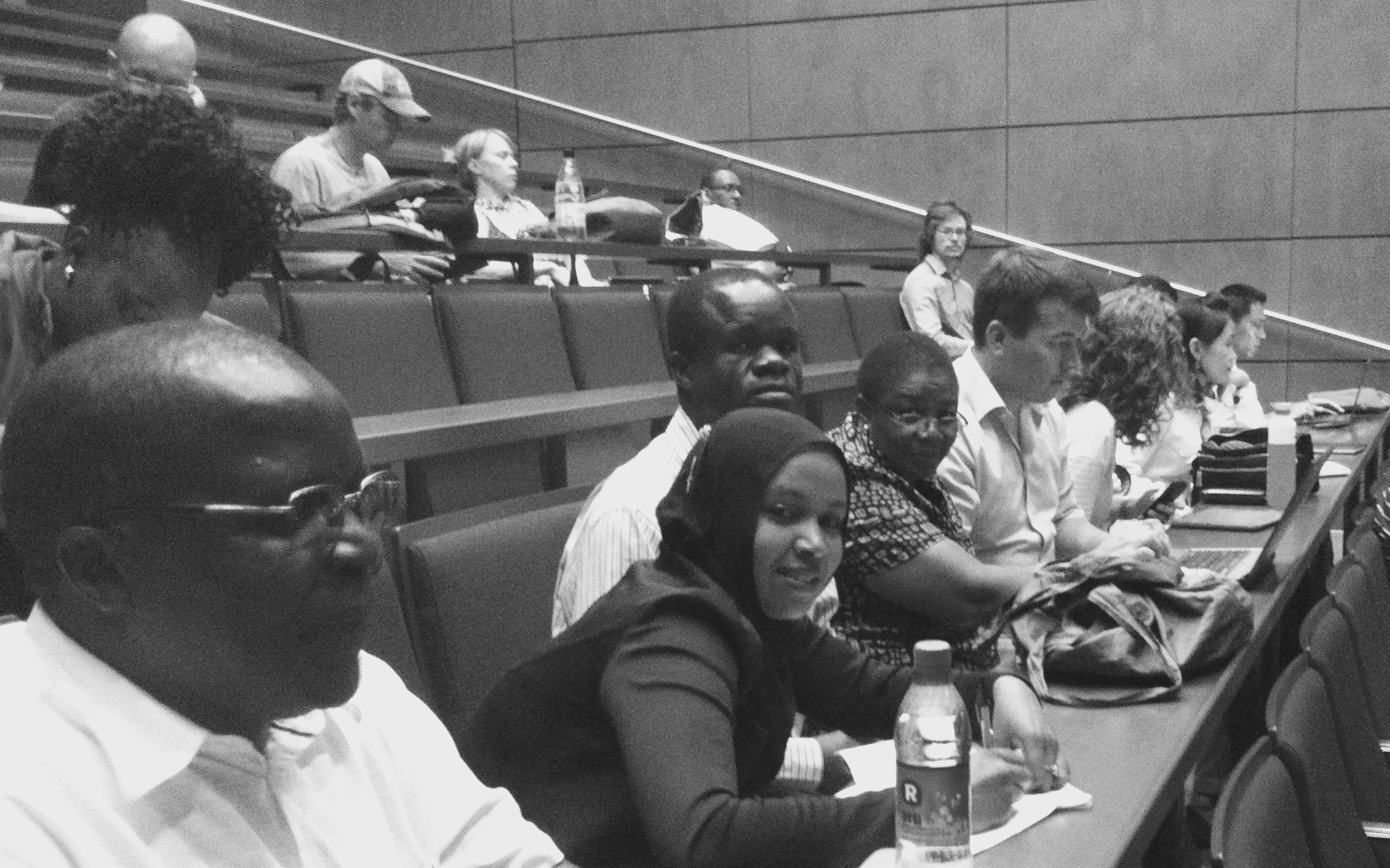 The central theme of the seminar is Green Economy, and a panel of experts will follow the three presentations. The challenge of the day is to discuss which is the best way to go with Green (or Bio) Economy. 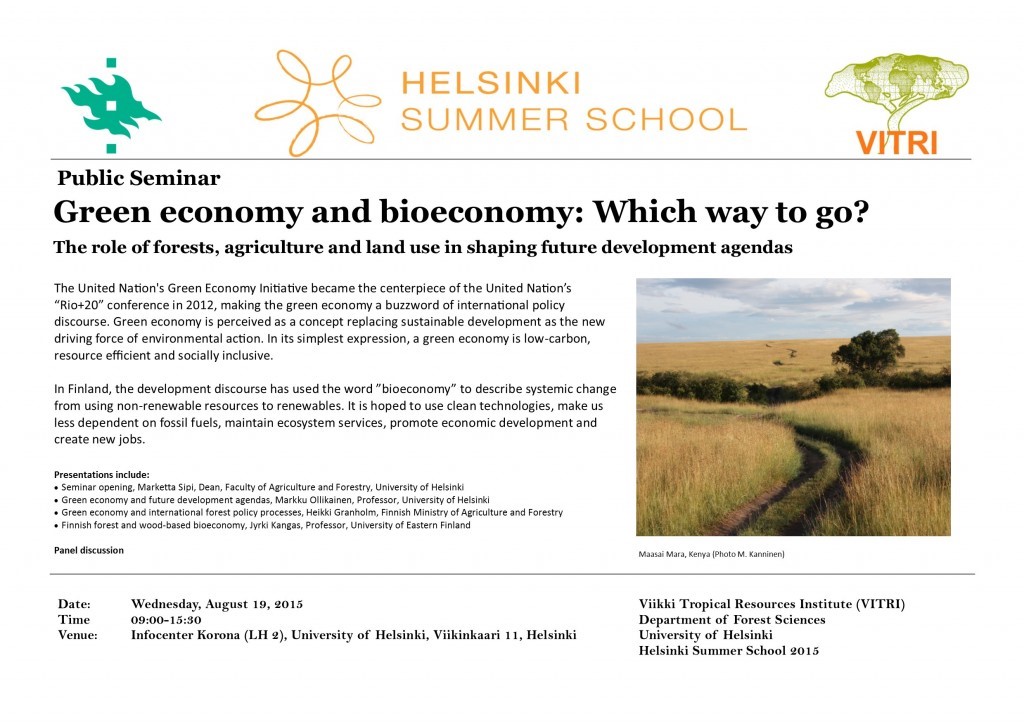 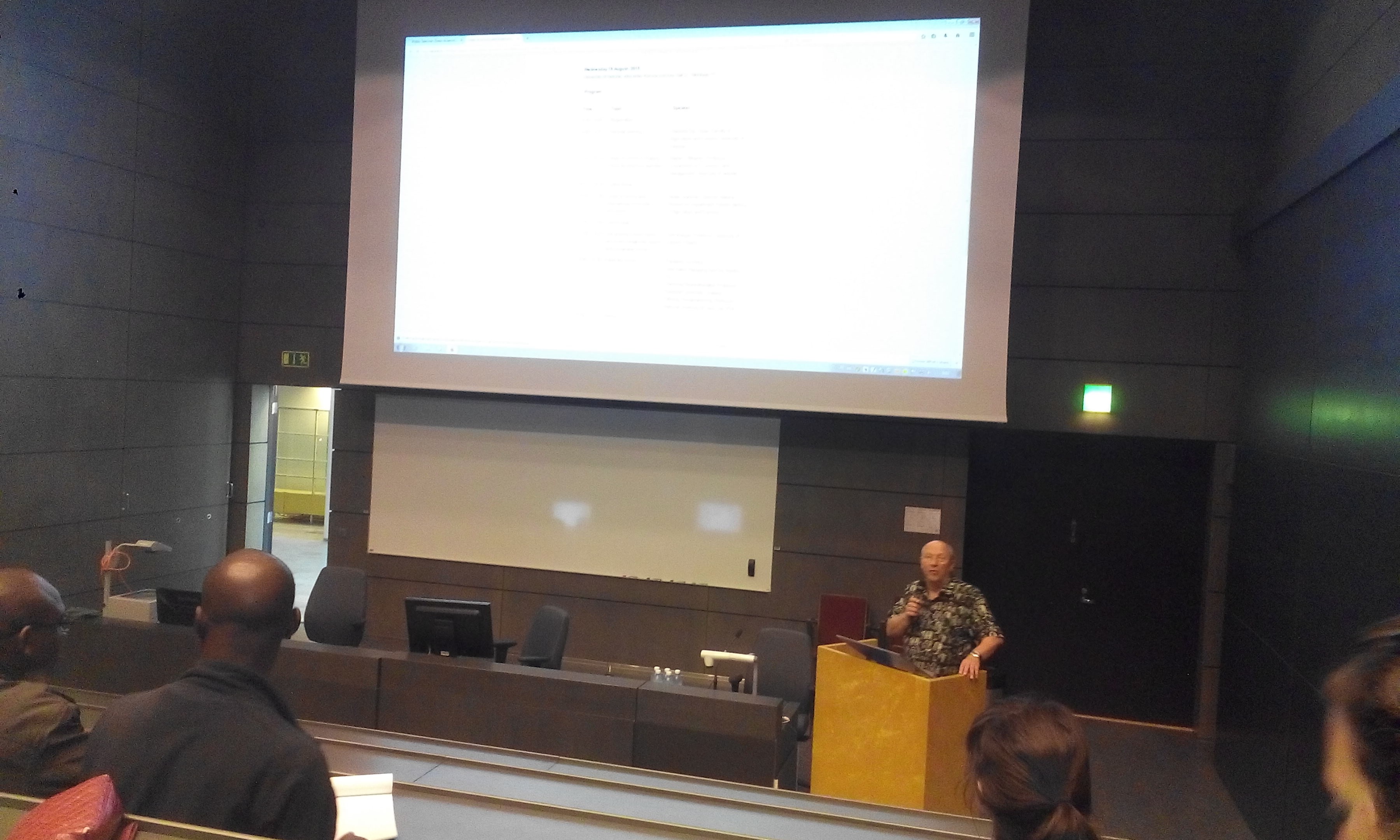 The Seminar was officially opened by Prof. Marketta Sipi, Dean Faculty of Agriculture and Forestry, University of Helsinki. She set the pace by informing the audience that the United Nation’s Green Economy Initiative became the centerpiece of the United Nation’s “Rio+20” conference in 2012, making the green economy a centerpiece of international policy discourse. In paraphrasing the theme, Prof. Sipi paused the question, “do we move towards a low-carbon, sustainable future by given value to our natural capitals and ecological services in a way that is fair, efficient, and social inclusive (green-economy); or do we do it by developing a new industrial order that relies on biologically-based materials, technologies and services, that considers the real value of biological materials and products, allows for the manipulation of biological processes while creating jobs and maintain competitiveness (bioeconomy)? She asked participants to discuss the similarities and differences between these two concepts in the context of future development agendas. 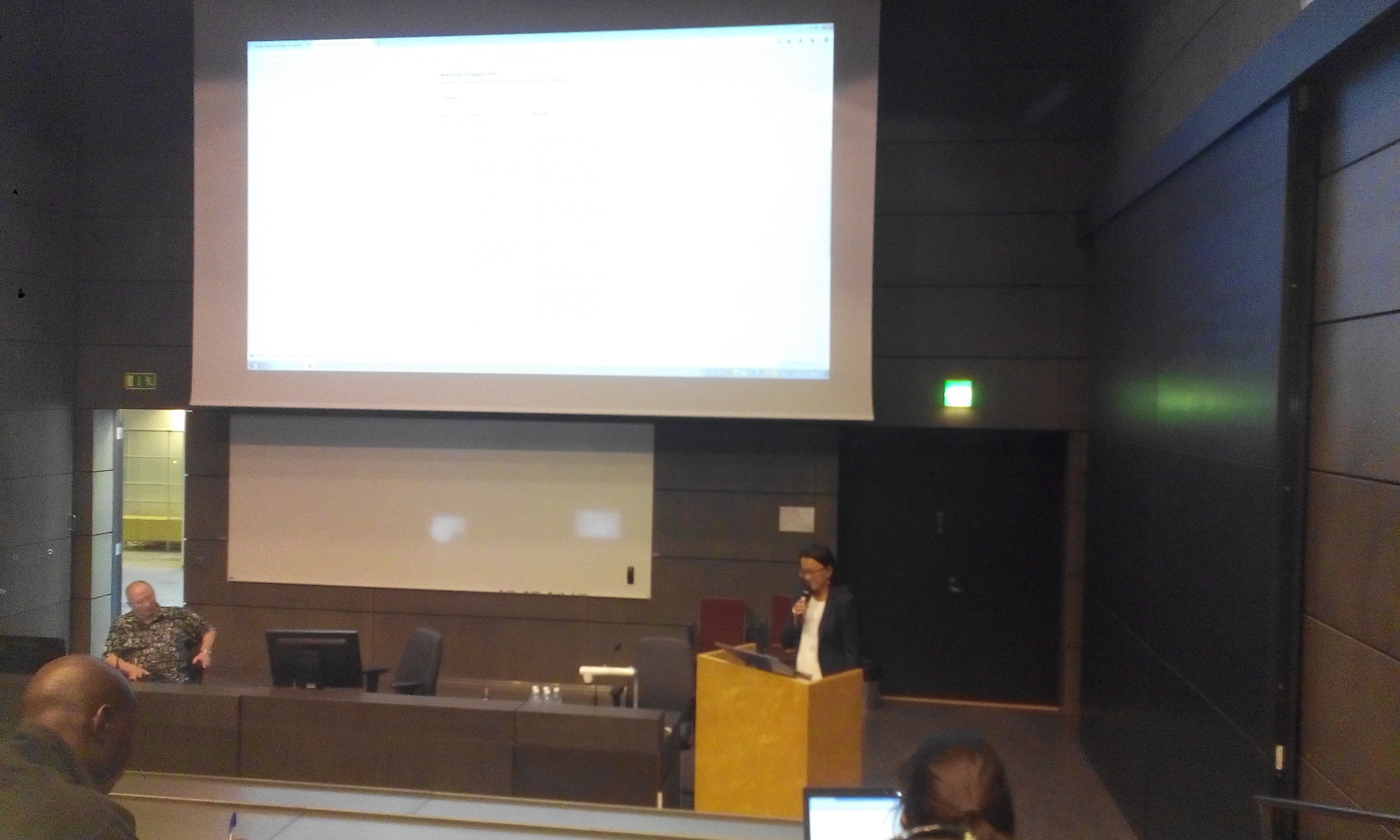 After the opening words we started with the presentation made by Professor MARKKU OLLIKAINEN, from the Department of Economics and Management of University of Helsinki, about Green Economy and the Development Agenda. The discussion after the presentation was focused on the understanding of the reasons to adopt green economy, which could have a starting point on the need of a lower-carbon-emission economy. It was also mentioned by the audience that in some cases the effect could be inverse. Adopting, for instance, the production of Ethanol in the United States increases Carbon emission rather than contributes to its reduction in the final balance, from the production to the consumption.

OLAVI LUUKKANEN, Professor Emeritus added flavor to the discussions by emphasizing that food is a priority for countries in the south and green economy will always receive less attention in the face of poverty and hunger. Is this true? There was an argument that intensifying agricultural production in developing countries could end up being counter-productive since high income from agricultural activities will exert pressure on forest for provision of land for farming. Does the argument hold water?

Finally it was a general conclusion that the implementation of Green Economy policies depends on the national/regional/local context, even if its central point is a global concern of the need to decrease Carbon emission. 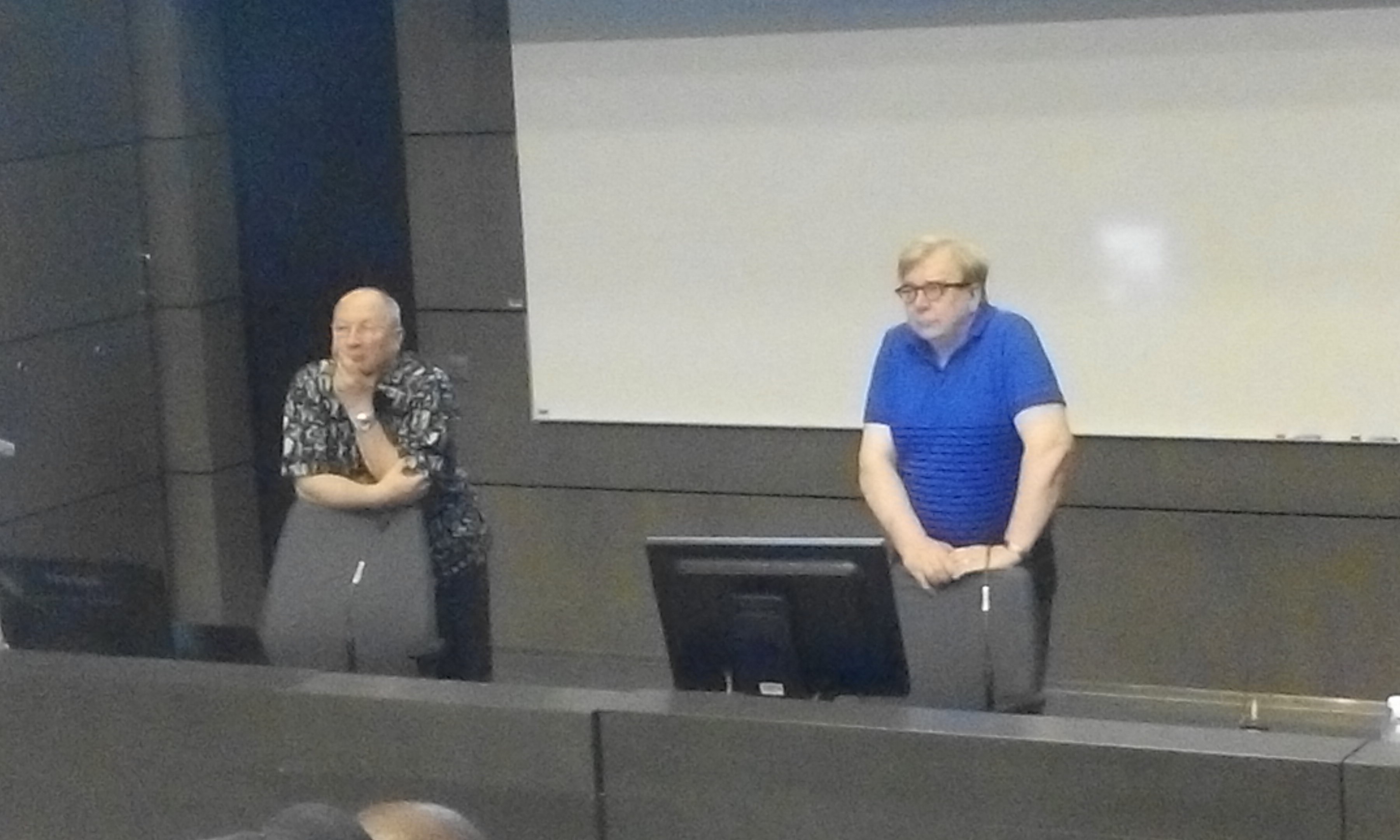 The second presentation, made by Mr. Heikki Granholm from the Natural Resources Department of the Finnish Ministry of Agriculture and Forestry, was about Green Economy in the international forest policy context. The discussion started with a question about whether Green Economy can be fitted inside the Post 2015-Sustainable Development discussions, being a continuation of it, or is something new. In this context it was again pointed out by the participants on the need to consider the differences and contexts between the North and the South. 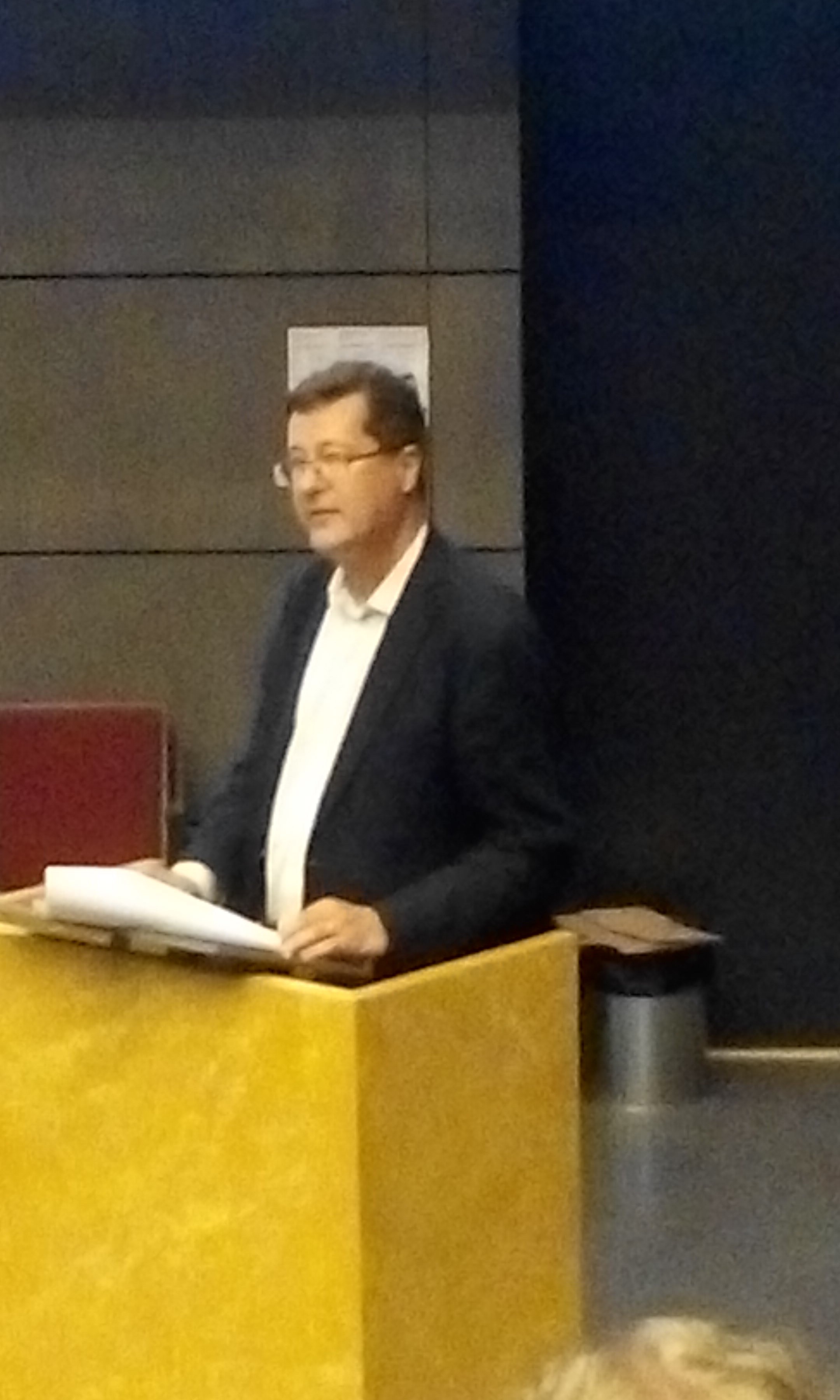 After the lunch break, Professor Jyrki Kangas, from the University of Eastern Finland, made the third presentation of the day about the Bio (Green) Economy growth in the Finnish forestry context. The discussion brought the concern about biodiversity in Finnish forestry and also pointed the growing potential of Pines in tropical areas, a potential concurrence. However other related issues, such as land tenure conflicts, were pointed as barriers in the forestry sector in tropical countries.

The seminar was finalized by a Panel of Experts facilitated by Professor MARKKU KANNINEN, from Vitri Institute from University of Helsinki. The panelists included representatives from Finnish Universities, the Finnish Ministry of Agriculture and Forestry, Kasetsart University (Thailand), and National University of Laos, all experts on the topic. It was the most interesting discussion of the day. First the professor from Thailand and the professor from Laos pointed that it was the first time that they heard the term Green (Bio) Economy, even if they could associate it to other initiatives in their countries.

The Panel discussed themes such as the definition and the subjectivity of sustainable development; the legal frameworks for, and implementation of Green Economy in different contexts and the positive and negative aspects of doing it; the need for forest monitoring and production of up-to-date and reliable data about forest situation before implementation of Green Economy as a first step; the need to develop a common language between different stakeholders, countries and interests groups; and finally the challenge to include other environmental and social concerns in the Green Economy debate. 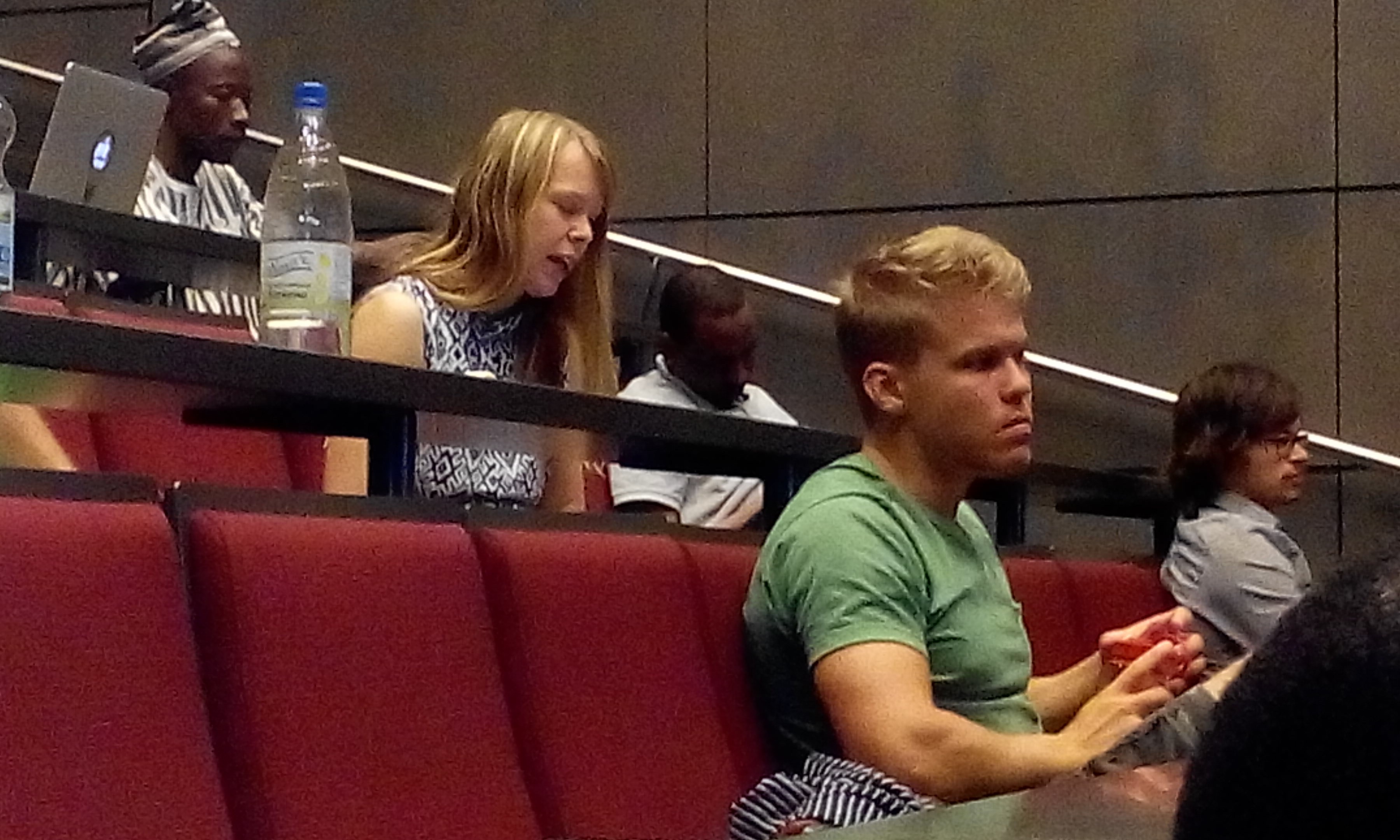 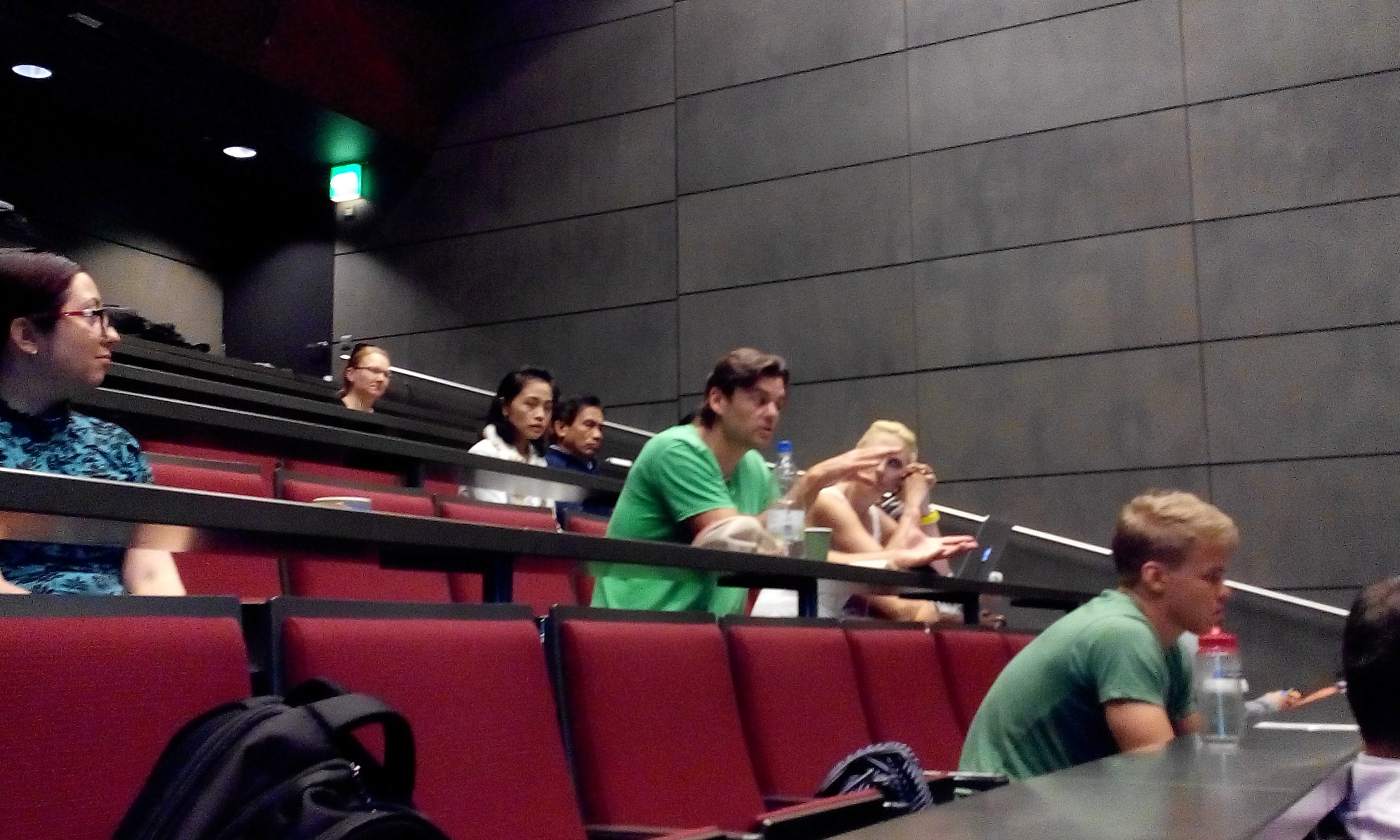 Mr. Carl Reed from the USA (in green, centre row) explains a point.

The initial challenge to discuss in which way the Green Economy can grow was achieved? Even if the participants with help of the Panel and presentations could not agree in one conclusion, the knowledge is always under construction, and this is the most important construction for the human kind!

Some of the key issues generated and are food for thought

Discussions generated great debate. Watch below those who extended the discussions beyond allocated time! 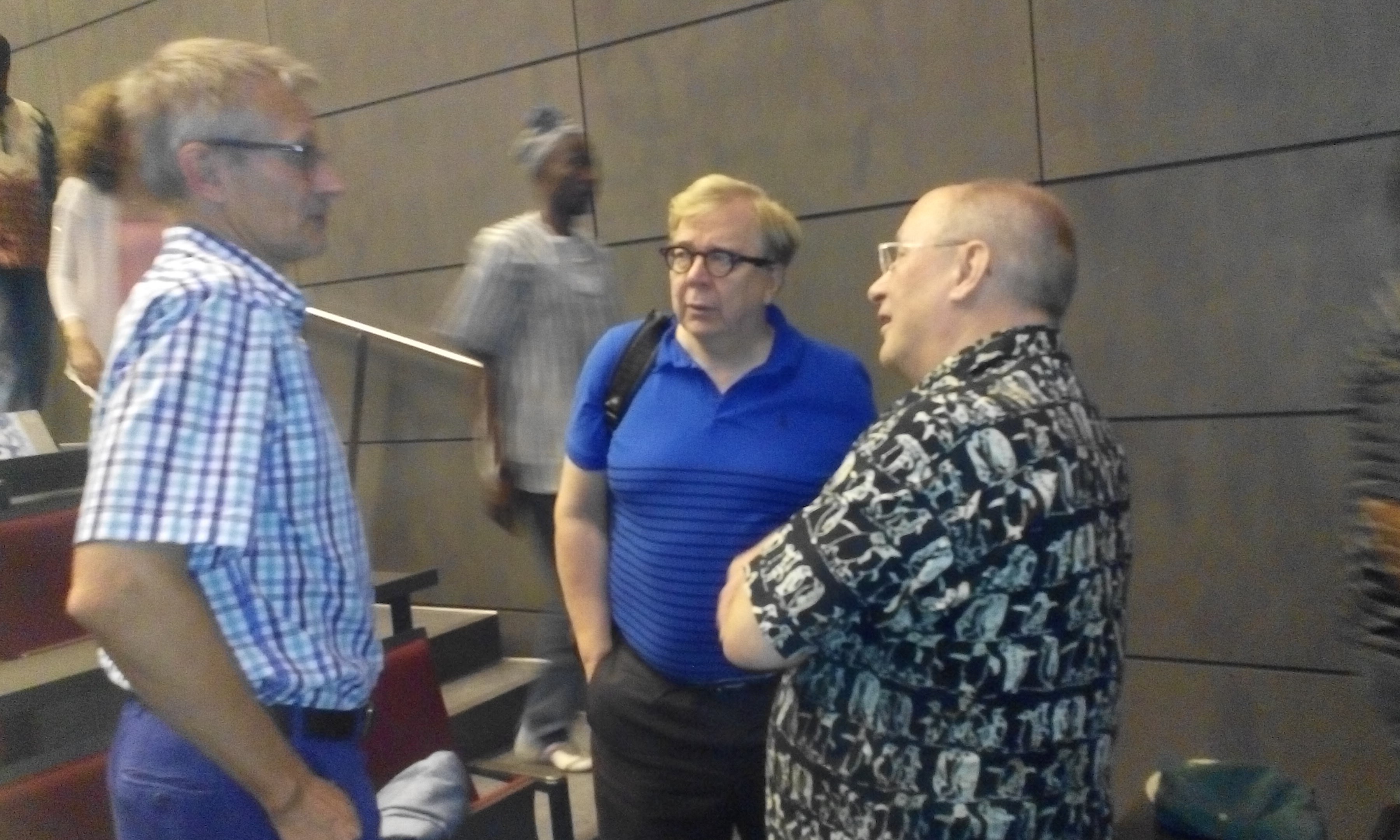 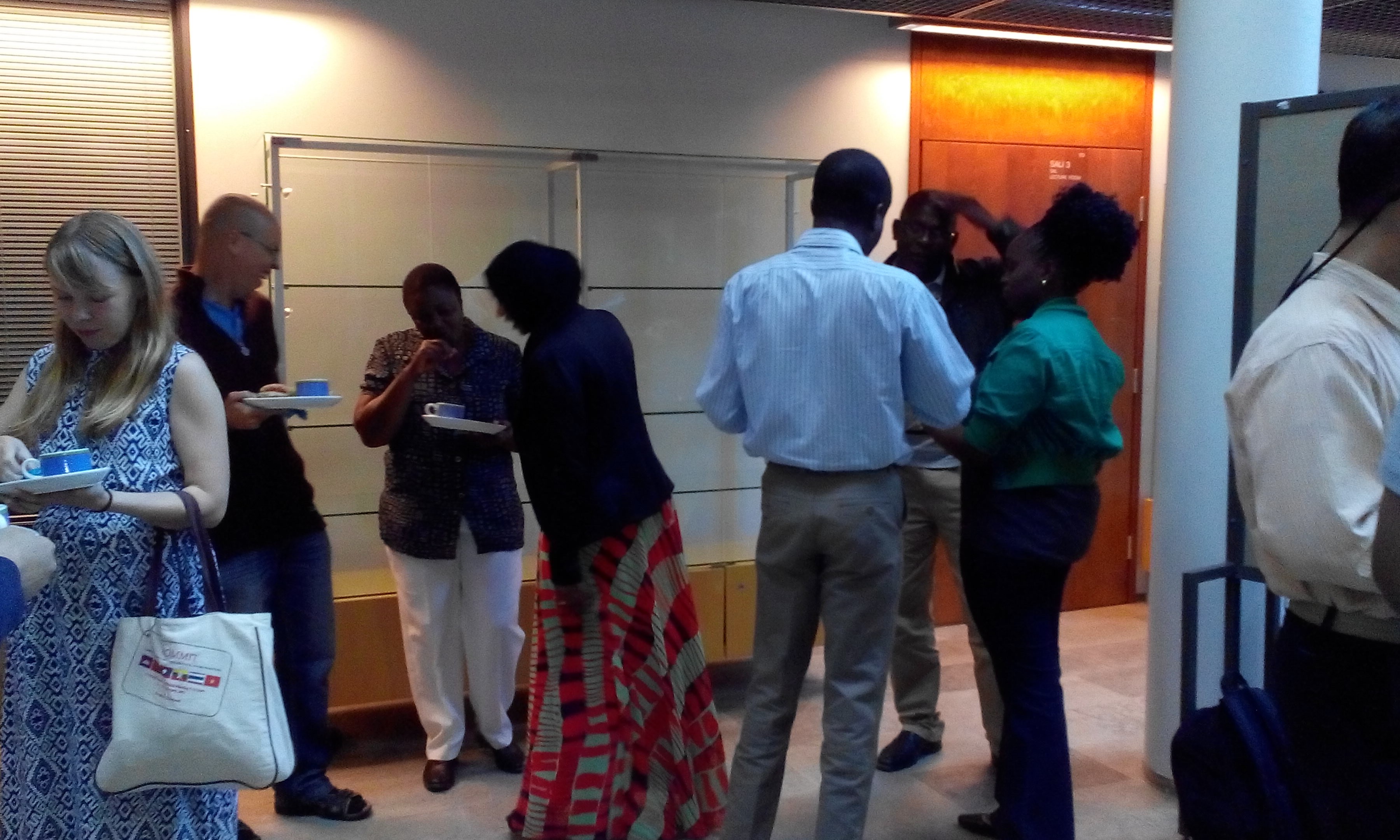 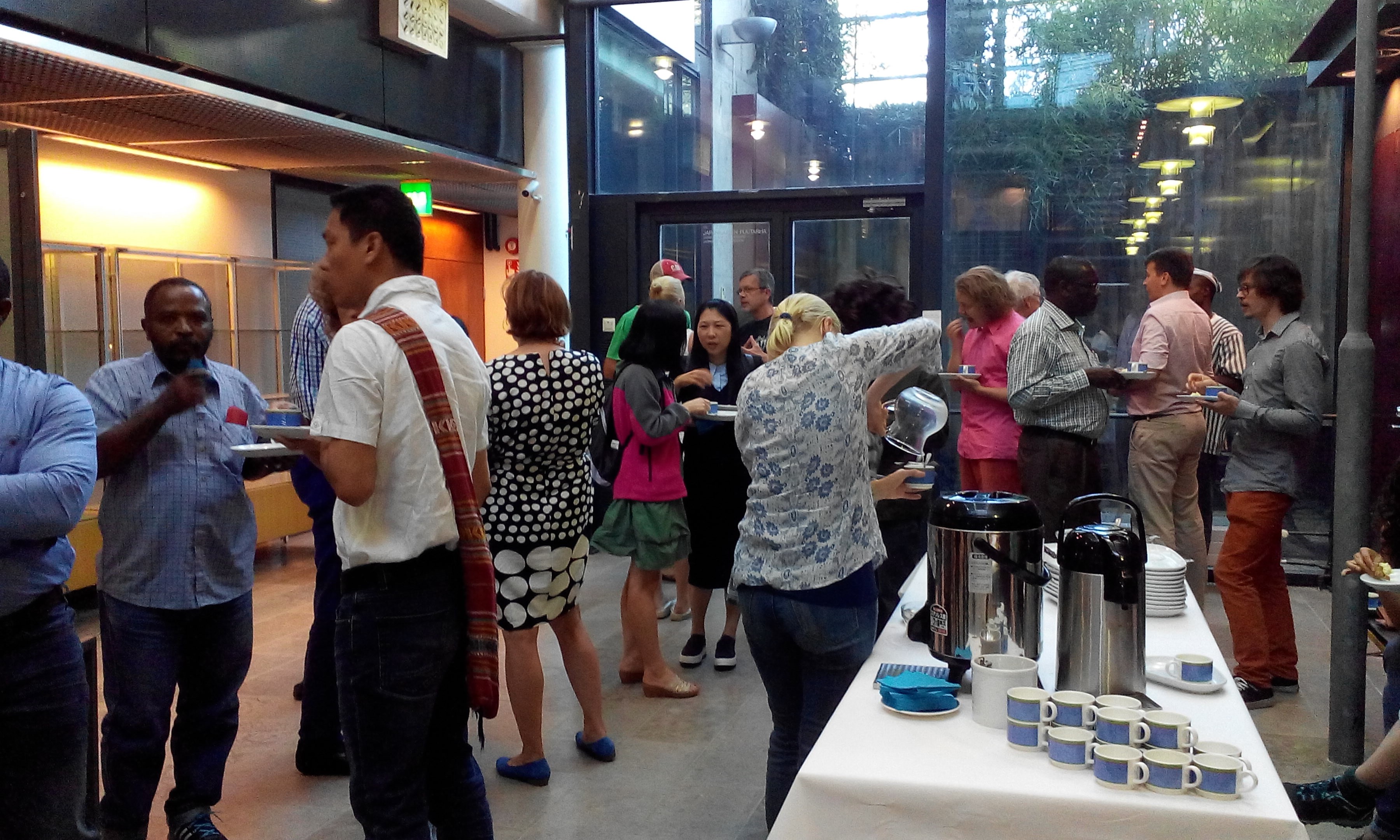 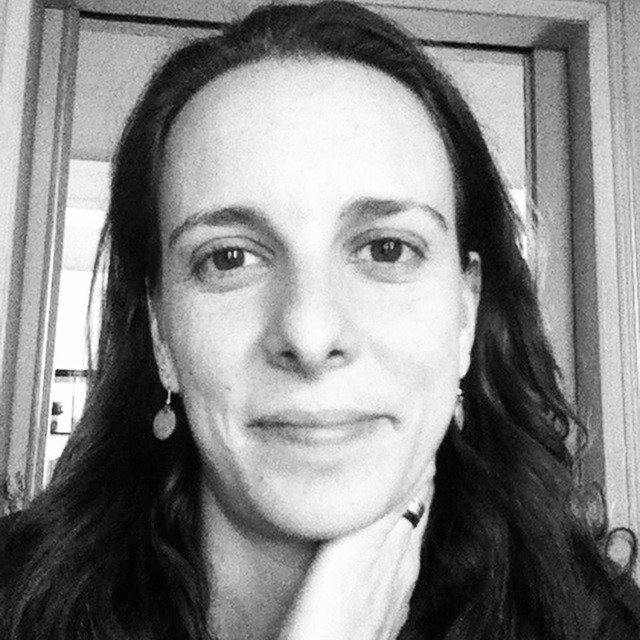 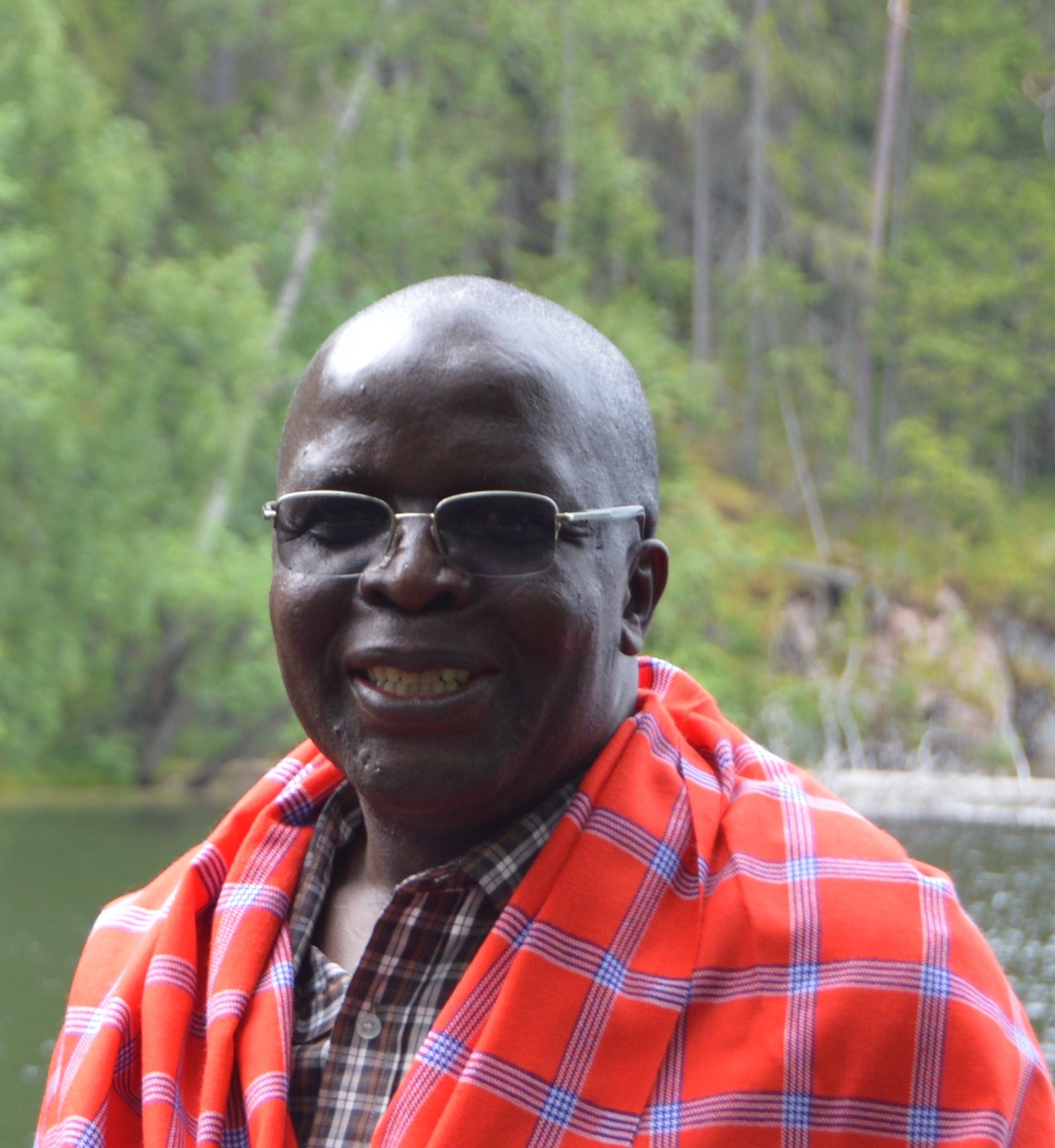