Today was day 1 of Managing Sustainable Forest Landscapes HSS! For me, it began with getting reasonably lost at Vikki Campus and struggling to pronounce ‘Latokartanonkarri’ to the receptionist in one of the buildings, but this did mean that I was able to explore a bit of the campus before the first lecture! 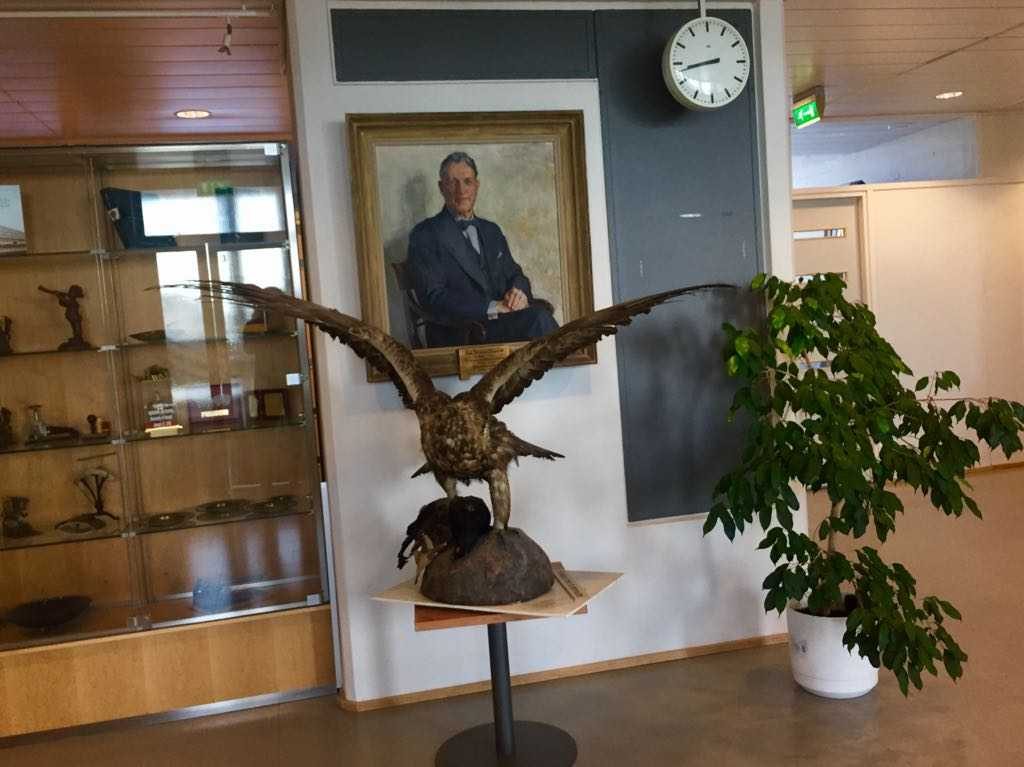 Professor Markku Kanninen began with an introduction of the course and a summary of what to expect in the coming weeks. Although I had been briefly acquainted with my fellow class participants from the previous day, Markku asked us to introduce ourselves and I heard a bit more about where everyone was from. It was great to see such a diverse mix of people from many different backgrounds taking the course, as this was one of the reasons I was interested in studying at HSS.

After Markku’s talk, Peter Dewees who is the former lead forest specialist from the World Bank gave an informative lecture titled ‘Managing rural landscapes for greater sustainability’. Peter presented a wide range of information and case studies that I was not previously aware of. Probably the most interesting part for me was learning about the Faidherbia albida tree. This tree is difficult to establish and hard to grow but is used for nitrogen fixation that can promote crop growth, and also sheds its leaves during the wet season, meaning that crop shading is not an issue. This tree has been shown to double the yields of crops and is being used in many areas in Africa—of particular
importance since crop yields there have recently been stagnant. This is an example of how we can promote forests within farmland, although different from the traditional sense of the word ‘forest’. Peter highlighted that forests can be considered in many different forms whether it be agroforestry, degraded trees or part of a mosaic landscape.

It was interesting to gain a perspective from class participants from the Ghanaian Forestry Commission who were able to shed some light on conflicts between agriculture and forestry sectors in Ghana, as well as policy measures that they use and how they work on different scales.

After a lunch break and a quick tour around the Viikki campus, Iryna Herzon presented a talk called ‘Biodiversity functioning as a foundation for ecosystem services’. We discussed how ecosystem services may be defined, and how the term is a very anthropocentric concept, essentially involving multiple resources and processes that are supplied by natural ecosystems to humans. We spent some time discussing the nature of the trend between diversity and ecosystem function, including the redundancy and rivet hypothesis as well as idiosyntaric trends. After much thought and a look at published research of polycultures vs monoculture ecosystems, it became clear that that higher diversity generally causes an increase in ecosystem function, which eventually levels off, becoming saturated, as all ecological niches have been exploited. It is clear that the functional diversity of  individual species is important in dictating how ecosystem function increases, and that we may be able to identify key species worth conserving to maintain ecosystem services. A closing remark from Iryna was although certain species may be responsible for providing specific services, to an extent, all species in an ecosystem interact and may depend on each other through a complex set of relationships that we do not fully understand.

Lastly, Mike Starr presented a talk about ‘Water, forests and ecosystem services’. He explained that land cover (species, species density and soil composition) is extremely important and can dictate water infiltration, soil moisture, drainage, surface runoff, interception and many other impacts that have consequences for flooding for example. Mike also explained the water balance in relation to the law of conservation of mass, where Inputs = Outputs + changes in storage. It was an especially informative end to the day as it could be related to Peter’s earlier mention of the World Bank’s efforts to improve watershed rehabilitation in Turkey.