Today was the last day of the field trip，so today we were leaving Hyytiala Forestry Field Station, a beautiful and historic place. I thought I will miss this place. Let’s get to the point. It was sunny today, which was a good start to a wonderful day. At 8 o’clock in the morning，we had a hearty breakfast at the restaurant in Hyytiälä Forestry Field Station. This laid a solid foundation for a fulfilling day.

As we all know, Hyytiälä Forestry Field station encompasses the SMEAR II infrastructure (Station for Measuring Forest Ecosystem – Atmosphere Relations), which serves to provide continuous and comprehensive measurements of fluxes, storages and concentrations of important substances in the land ecosystem–atmosphere interactions. The functioning of trees, soil processes and their relationships with the atmospheric processes are continuously monitored. Therefore, this morning we visited SMEAR II-station and mainly learned its Ecosystem atmosphere relations. A postdoctoral researcher named Juho Aalto enthusiastically introduced us to relevant knowledge. 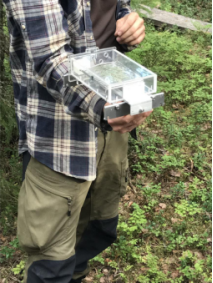 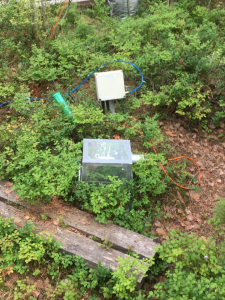 Since I went to the national park yesterday, I already knew birch, pine and spruce, so I found these three trees when I entered the forest today. First of all, Juho Aalto gave us a general introduction to the development of the SMEAR II- station. The SMEAR II- station was established in 1995 and has been in existence for more than 20 years. At the beginning, forest researchers and physicists got the idea that photosynthesis and atmosphere interaction could check the pollution, because they feared that forests would die from the effects of pollution, and then established the station. And I also learned that the value of this station is 15million euros. As for this forest, it was established in 1961, mixture of spruce、pine and birch. It has a 128-meter tower for atmospheric and flux measurements, and an 18-meter tower for radiation and flux measurements. After a brief introduction, we took a field look at some of the devices. Figure 1, for example, it measures how the gases move between the needles and the air at the top of the tree canopy. Figure 2,this device is used to measure the flow of gas between soil and air. These devices measure the data associated with the ecosystem atmosphere, and then some researchers analyze the data and periodically check the problem to find the most appropriate ecosystem relationship for the forest. After that, we visited their studio, Juho Aalto showed us a lot of measured data and some complicated indoor machines, which made us lament the importance of their work. At last, we climbed up the tower and saw a magnificent view of the forest. 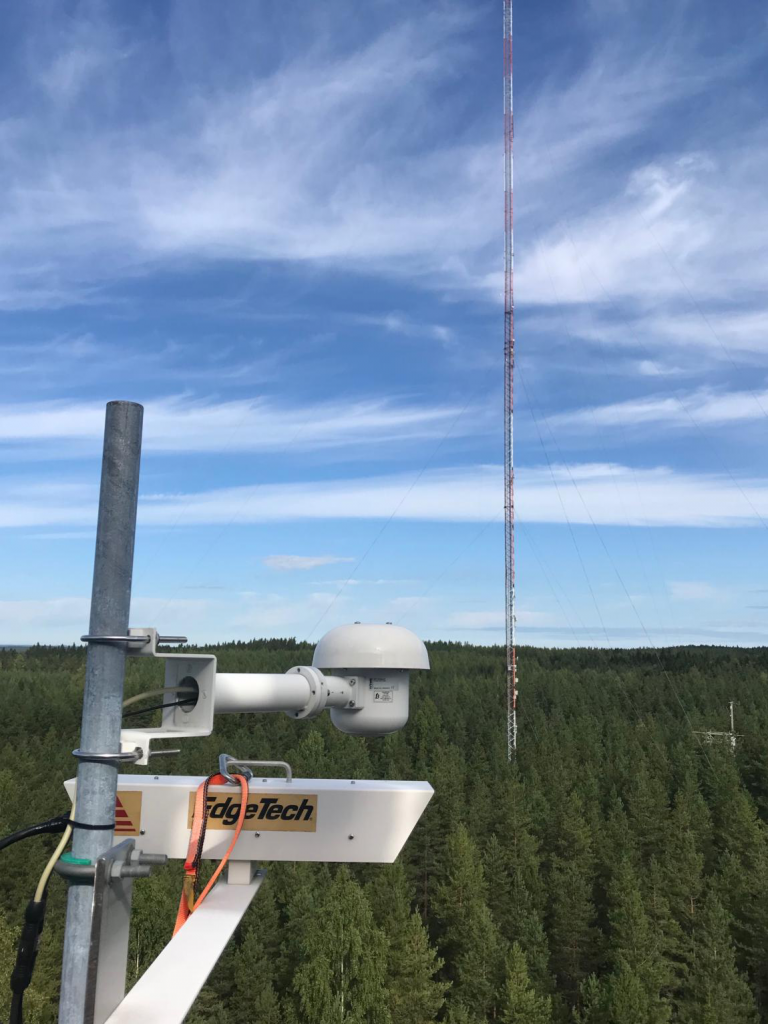 We had our last lunch at the Hyytiala Forestry Field station, and we left and drove to the farm, which was run by a young couple. On the way we saw many farms. It was so beautiful that I were looking forward to the farm we’re going to.

When we arrived at the farm, the farmer enthusiastically gave each of us clothes, shoe covers and gloves. Everybody gets really funny when they put on their clothes, but it’s very practical. Then, we visited some young cows, which stood neatly inside the fence and ate grass. The fence they used is relatively advanced. There was no young bull on the farm, and the bulls would be sold because they would fight. Then we walked into the place where the adult cows were, and the farmer told us they milked every morning and evening, and cleaned the cows every time they milked. It makes me feel hygienic. I also learned that every cow produces milk for 9 to 10 months a year. Then we went to another room where the cows were taking in grains containing rapeseed because the cows that ate the seeds produced good milk.

After that, we visited the milking house and had 12 milking machines. Each time milking, there are 6 cows on each side. Each cow is about one and a half hours of milking each time. In addition, during the conversation with the farmer, I learned that the current price of milk has declined due to policy influence. These cows also ate grass from their own farm, which was very healthy and convenient. The farmers take the cows for recreational activities such as walking outside.

After the farm visit, we went back to school. Today was a very fulfilling, interesting and meaningful day.