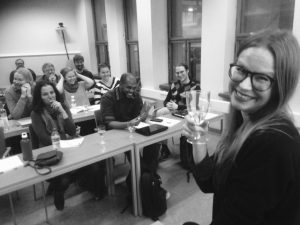 Apart from my own teaching I like to invite people to give talks or convince them to stay longer. As Helsinki has become some kind of hub for people in some of the transnational networks we are involved in, we get quite a few interesting visitors. One of the reasons, I hope, is that we try to treat them well when they come.

Our visitors also include people involved in state or social movements. 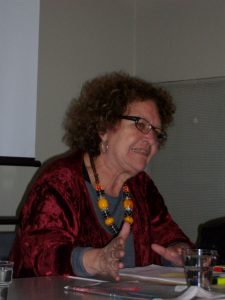 One of Latin America’s most important feminists Virginia Vargas giving a talk at University of Helsinki. The fact that we treat our visitors well became evident when she said how nice it had been to spend a few days in “Helsinki, the Rio de Janeiro of Europe” 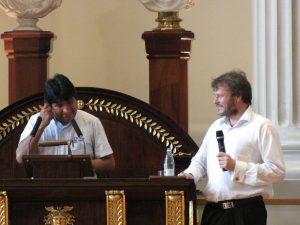 Before Bolivia’s president Evo Morales draw huge crowds of our students and other people to the main hall of our university, I organised a football match for him. 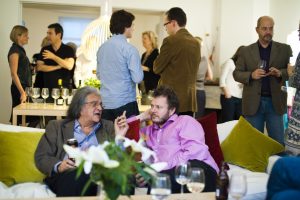 Fun with visitors. On the left Adrianne Roberts chatting with Stephen Gill, who was the first visiting Erkko Chair at University of Helsinki. You can also spot Isabella Bakker here, while I try to entertain Upendra Baxi on the sofa.

Over the years it has been nice to note that sometimes one can be present in teaching through publications even when absent. One of the nicest surprises was when I was giving one of my articles to Noam Chomsky in Brazil, and he said he had been already sharing it in his classes at Harvard and MIT. 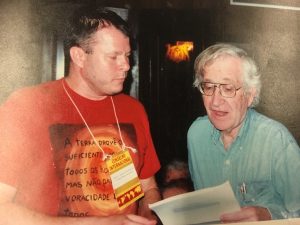 The boundary between “teaching” and “interaction with society” is sometimes blurred. I often talk in various kinds of events inside and outside my university. 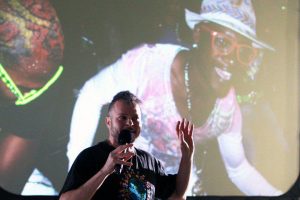 Talking about the Caribbean, at University of Helsinki 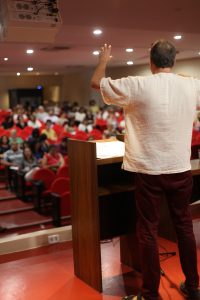 Talking about Finnish education, at Catholic University of Goiás, Brazil