On 25-26th of April “Climate Change in the Soviet Union and Russia: Approaches and Debates in Science, Society, and Politics, 1960s-2010s” workshop is organised in Moscow by the German Historical Institute Moscow. Professor Veli-Pekka Tynkkynen is taking part in it, presenting his and Dmitry Yagodin’s paper “Regionalization of climate policies in Russia – local reality meets the national climate-denial narrative”.

Despite the Soviet Union’s role as a Super Power during the Cold War period and Russia ́s size
and geopolitical importance today, still relatively little is known about how the country’s
government, scientists and people have dealt with and responded to natural/anthropogenic
climate change. This interdisciplinary workshop thus aims to understand how attitudes towards
climate change in the Soviet Union/Russia have evolved over time and simultaneously been
shaped by various actors. 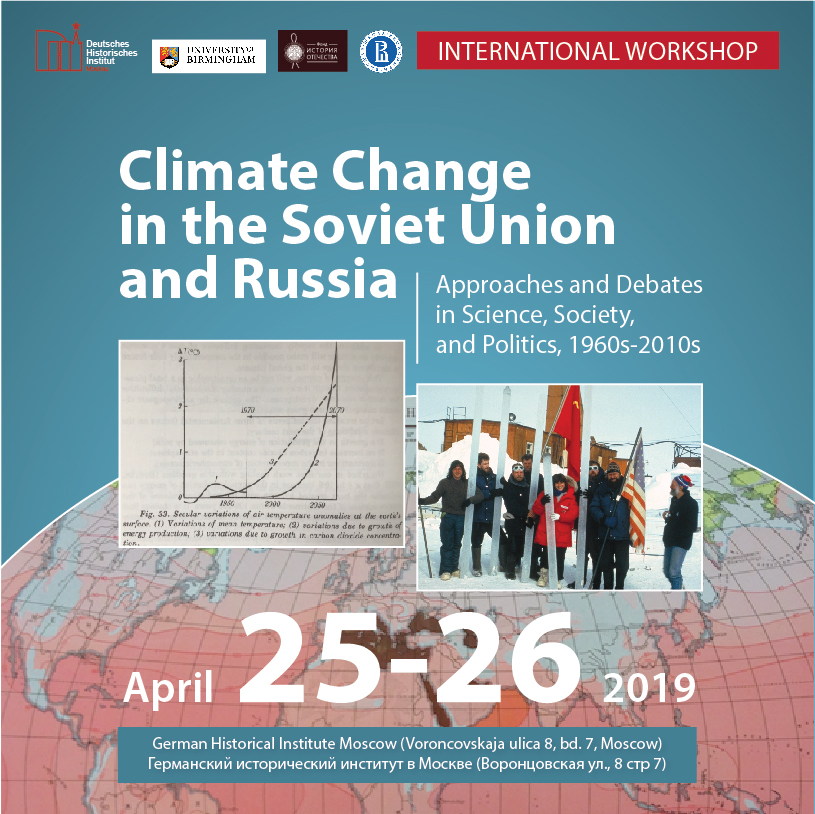