On 16th October 2017 Veli-Pekka Tynkkynen was interviewed on Yle Radio 1 programme Ykkösaamu where he talked on the topic of Finnish energy policy and Russian politics. Listen to the programme here.

The newly published Arctic Yearbook 2017 contains an article “Calotte Academy 2017
Perceptions of the Arctic: Rich or Scarce, Mass-scale or Traditional, Conflict or Cooperation?” written by Jussi Huotari and Salla Kalliojärvi. The article tells of the work of the travelling symposium, Callote Academy 2017.

The 26th Calotte Academy took place in early June 2017. The travelling symposium had its sessions in familiar places: in Inari, Finland, in Kirkenes, Norway and in Apatity, Russia. This year, part of the caravan continued their way to Umeå, Sweden where final sessions of the Calotte Academy 2017 were organized back-to-back with the International Congress of Arctic Social Sciences (ICASS).
This year’s academy consisted of twelve full working days, eleven sessions, more than 30
presentations, two excursions, five border crossings and plenty of questions, comments and
discussions during and outside the sessions. This would not have been possible without the
committed participants, who were ready to allocate their time, were open-minded and willing to share their expertise. More than 30 participants representing thirteen different
nationalities formed the group, with approximately half of the group participating for the first time. The multi-national and multidisciplinary background of the group, as well as different levels of experience in Arctic studies, fit very well with the main theme of this year’s academy.

Full text of the article is available here.

Listen to Professor Tynkkynen’s comment on the energy streams in the Gulf of Finland and Helsinki-Tallinn tunnel on Yle News in Finnish. 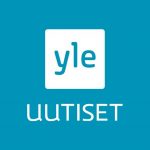 Read Veli-Pekka Tynkkynen’s opinion on the results of the implementation of the Uniper deal in Lapin Kansa. According to Professor Tynkkynen, Fortum’s Russian connections will become even more complex if Uniper is realized. 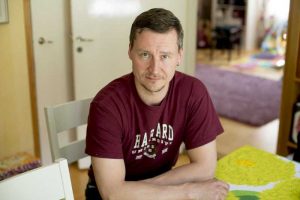 On 21st of September 2017 Veli-Pekka Tynkkynen gave a talk “The Environment in Russia’s’ Energy Diplomacy – The year of the environment 2017” in the Russian media” at the session “Arctic Futures – PEEX in collaboration with IIASA, IEAS and Sofia Earth Forum” of the PEEX Science Conference in Moscow. 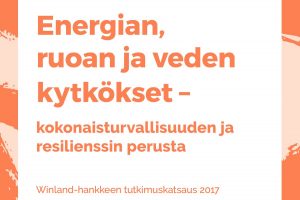 The summary provides the examples of the ongoing research, describes the possible images of the future of Finland and suggests preliminary measures of how to achieve overall security in the three spheres mentioned above.

Get the full report here.

According to the U.S. Geological Survey 2008, an estimated 13% of the world’s undiscovered
oil and 30% of gas resources are located beyond the Arctic Circle. These abundant energy
resources are distributed unevenly, so that many Arctic communities are exposed to energy
security risks. Remote settlements rely largely on diesel for energy production, which results
in high consumer prices and a negative impact on the environment and public health. These
systems are also very vulnerable to severe weather conditions and accidents. In the past few
years, local governments in Canada, Russia and the US have had pilot projects for switching
remote villages from diesel-generated to wind- and solar-diesel hybrid power. Yet,
renewables do not take hold easily in the Arctic.
This panel sets to unveil how Arctic energy inequality is produced and how it can be
addressed by pondering:
1) How does the narrative of ‘resourceful Arctic’ affect local energy security?
2) How do regional authorities and communities engage with federal governments and
transnational businesses in renewable energy projects?
3) How can policy making help remote off-the-grid areas to benefit from renewable energy
systems?

Our researcher Hilma Salonen was presenting her paper ” Local and national perspectives on the modernisation of heating systems with the help of renewables: the case of Arkhangelsk”.

Despite the idea of the Russian Arctic as a very energy-rich area, due to its vaste size it is
clear that some regions are actually very energy-poor. However, they may have other
resources such as forests, giving the Russian state finally a reason to show interest in pushing
the use of local, renewable energy sources instead of tapping into subsidies available for
importing heating oil and coal. By focusing on the case of modernising the district heating
systems of Arkhangelsk, I examine the how a simple plan of replacing boilers burning fossil
fuels with ones burning biomass products becomes tangled with several political, financial
and practical issues in its way from Moscow to Arkhangelsk. Does the government in the end
have the same aspirations — or even the same understanding — as the local actors? ? How do the prospects of renewable energy development in this field correlate with the broader
objectives of the Russian Arctic development?

More information on the meeting is available here. 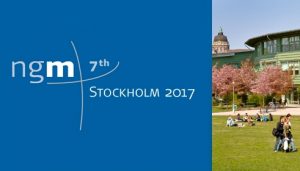 Listen to the new Selvitysnaiset podcast with Professor Veli-Pekka Tynkkynen.

Selvitysnaiset are discussing the Finnish relationship with Russia together with the Russian energy policy researcher Veli-Pekka Tynkkynen. What else is Russia to Finland than a security threat? How realistic is the threat of Russian tanks at the Finnish border? How concerned we must be about the influx of Russian companies in foreign elections? 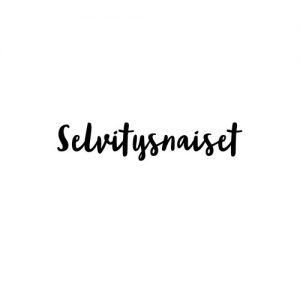 The VII National Security Research Seminar was held on 8th of June in Helsinki, and Professor Veli-Pekka Tynkkynen was invited. He gave a presentation “Kokonaisturvallisuus ja energiavirrat” (Comprehensive security and energy flows)¨.

The programme of the seminar:
OHJELMA_VII_Kansallinen_turvallisuustutkimuksen_p_iv_8.6.2017

Winland project organised a workshop “DEEPEN” on 22nd of May at the Musiikkitalo, Helsinki. During the workshop, project participants discussed the first results of “From Failand to Winland” with the stakeholders. More information on the event can be read in Winland blog.