In a move aimed at creating bridges between planners and citizens, Helsinki has announced that it will hire 8 young artists to develop the city. Congratulations to Helsinki and the artists in question!

Cultural (and, as I would put it, narrative) planning taking seriously.

Quote from the article at hel.fi:

““The expertise of the artists and methods of art offer us new ways to bring together citizens. It offers us ways to engage citizens in a process to reflect how they could develop their living environments and what opportunities, even dreams, there are,” says Taina Seitsara, a special planner at the City of Helsinki.”

A few years old, but this overview of 10 diagrams visualizing urban planning concepts have lost nothing of its appeal. Such visualizations, too, or forms of authoritative narratives – shaping the world as much (or more) as they reflect it.

And to prove the point, this recent article from the Guardian returns to the whole idea of Garden Cities – with a nice new diagram – and its impact on urban planning theory: 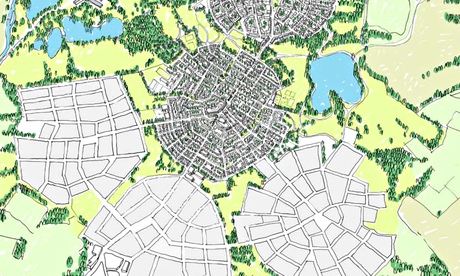 Came across two interesting sources I will have to get back to in more detail:

A special edition of New Formations, devoted to the Spatial Imaginary (already from 2005-2006):

Particularly promising: Peter Brooker on terrorism and counter narratives in De Lillo’s New York, and Andrew Thacker on The Idea of a Critical Literary Geography. 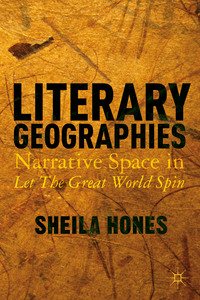 Teju Cole, one of my favorite New York authors, rereads James Baldwin and writes a personal account of being black/African American in Alpine as well as in urban space. 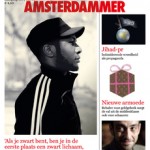 Teju Cole about his sense of a “body-double moment”:

“The tinny sound from my laptop was Bessie Smith singing “I’m Wild About That Thing,” a filthy blues number and a masterpiece of plausible deniability: “Don’t hold it baby when I cry / Give me every bit of it, else I’d die / I’m wild about that thing.” She could be singing about a trombone. And it was there in the bath, with his words and her voice, that I had my body-double moment: here I was in Leukerbad, with Bessie Smith singing across the years from 1929; and I am black like him; …”

There are numerous other writings of Cole I  would like to link, for now, this interview by Aleksandr Hemon

Cities as the shells for the hermit crabs we are:

“As for cities in general: I think they might be our greatest invention. They drive creativity, they help us manage resources, and they can be hives of tolerance. In a village, you can’t stick out too much. In the city, if anyone judges you, you tell them to go to hell. So, there’s that positive side. But the other side is that they are simply so congested with material history and the spiritual traces of those histories, including some very dark events. Your contemporary Chicago is haunted by the Chicago of the late nineteenth and early twentieth century, the Chicago of innovation and of systematic exclusions. Rural landscapes can give the double illusion of being eternal and newly born. Cities, on the other hand, are marked with specific architecture from specific dates, and this architecture, built by long-vanished others for their own uses, is the shell that we, like hermit crabs, climb into.”

(Note on the Dutch translation: as usual in De Groene, highly enjoyable translation. However, (and unusual) no mention of the translator or of the original source of publication. And the article mentions that Open City will be published in Dutch this week – it has been translated and published years back. What is meant is the publication of “Every day is for the thief” in Dutch.)

The New Yorker’s recent article “Why Walking Helps Us Think”, by Ferris Jabr, starts out with Nabokov and Joyce, and takes a stroll through the work of – amongst others – Woolf, to evaluate how walking, writing and reading the world are intertwined. 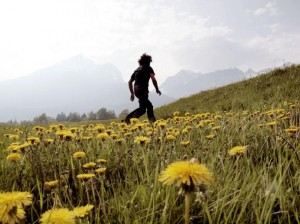 Topical conference with a close link to urban culture & innovation:

A conference bringing together social innovators and urban culture makers from all around the world to Helsinki 3. – 6.9.2014.”

And more about New York literature:

Refreshing reads about NY books at the Big City Book Club of the New York Times, for example this post about Bright Lights, Big City: 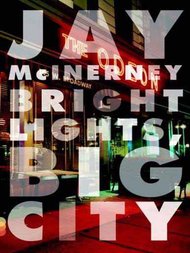 And the discussion of Brooklyn by Tóibín here.

I’ve recently been re-reading Patell & Waterman’s Literature of New York (2010) while working on an article on New York in Bright Lights, Big City. Concise and lucid collection of articles. 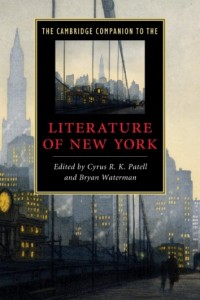 Certainly something scholars of city literature might want to look into.

The volume Literary Cartographies, with some articles on city literature, is being published by the series in September 2014. 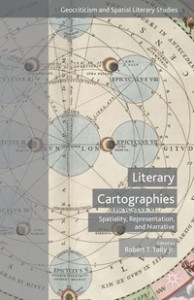 Fascinating cfp for a conference of Urban Fragmentation(s) in Berlin, including a section on literature.

Information from the original cfp:

BIC2015 is a conference for researchers interested in interdisciplinary approaches to exploring Urban Fragmentation(s) from a linguistic, literary, sociological, and historical point of view, or a combination thereof. The conference will be organized in three parallel strands, each chaired by a corrensponding GWZ-center (ZAS, Center for General Linguistics; ZfL, Center for Literary and Cultural Research; ZMO, Center for Modern Oriental Studies). There will be three plenary talks (speakers to be announced) – organized by the respective centers.