How is the waterfront in crisis narrated in urban planning documents and in literature? What kind of alternative storyworlds are described in narratives, how are the decisions leading up to particular storyworlds framed, and how is agency presented in narratives of the urban waterfront?

These are some of the questions I address today, at the literary studies seminar in Turku/Finland, and which I examine at more lenght in my current research project, which juxtaposes narratives of Helsinki’s and New York’s waterfront under threat in literary fiction and planning. 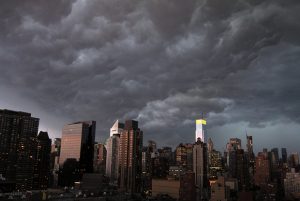 I presented part of this research first a few weeks ago, at the Finnish urban studies days (Helsinki, 28-29.4.2016) and I was not a little bit surprised that a similar theme was taken up just a week later, at an event at Columbia University (May 4). Entitled ”Waterfront Dialogues”, the event presented ongoing waterfront development in Helsinki and New York city, with the goal ”to foster cross-city dialogue and learning between the cities New York and Helsinki”. At the background: the fact that ”urban waterfronts are facing significant transformations world-wide and are among the most pressing urban design challenges of the next century”. Present, ao Meri Louekari of the City of Helsinki and Aalto University, and Thaddeus Pawlowski from Columbia University and the city of New York.

Given the challenges of the urban waterfront, not only in terms of socio-economic changes in the urban fabric of 21st-century cities, but also in the face of growing concerns over ecological crises, how to assess what lies ahead, and the possibilities for mitigation, adaptation or – indeed – action?

I look at these questions by analyzing a range of contemporary novels (including Ben Lerner’s 10:04 and Nathaniel Rich’s Odds against tomorrow; Antti Tuomainen’s The Healer/Parantaja and Annika Luther’s De hemlösas stad) and planning documents (including New York city’s comprehensive waterfront plans). What is the role given to agency? What choices do we have? And what are the odds against stormy futures?

Questions that are also moving onward from my (still ongoing) research on narratives in urban planning.