Speaking today together with Jason Finch at the #Orientations2018 conference on narrative and place in Nottingham.

We’ll present some of the ideas that developed within the Association for Literary Urban Studies and in relation to work within the Palgrave series in literary urban studies. Our aim is to emphasize (in the context of literary fiction and literary urban studies) the concept of “citiness”: the elements that are specific to the city and the urban condition, and an awareness of what this “citiness” brings to the source material and what it implies in terms of methodological avenues of inquiry. One approach is to move from quantitative to more qualitative features of the (literary) city experience and, eventually, toward cutting across functional, inter-relational, and scalar complexities.

Wide-ranging and highly multidisciplinary set of topics in 29 May symposium “The City: Myth and Materiality“, hosted at the Institute of Historical Research.

The symposium is organised by the Association for Literary Urban Studies (ALUS), in collaboration with the Institute of Historical Research (IHR), University of London, with the support of the Turku Institute for Advanced Studies (TIAS).

Several of the people present have been part of the broader research network connected with the Association for Literary Urban Studies, and this symposium is also a reunion with many highly regarded colleagues I’ve worked with before – a.o. Markku Salmela, Giada Peterle, Richard Dennis, Peter Jones, Jason Finch, Elle-Mari Talivee, and Meeria Vesala, among others – and many new acquaintances.

Thanks to all participants for talks, comments, discussions – and looking forward to continue developing these themes together within literary urban studies, and across disciplines (geography, urban history, literary studies).

I gave a lecture today at the University of Duisburg-Essen, with as title “Imagining Futures for Postindustrial Cities at the Water: Helsinki and New York City in Fiction and Planning” (24 May 2018). This was a good opportunity to rethink some of my work in the context of postindustrial cities and to get to know other perspectives on similar questions.

Many thanks to prof. Jens Gurr and prof. Barbara Buchenau for the invitation and for the warm welcome. Inspiring also to get better acquainted with the project “Scripts for Postindustrial Urban Futures: American Models,Transatlantic Interventions”, a fascinating, wide-ranging project that promises to bring valuable new insights to the many ways in which urban development of post-industrial cities is narrated.

Thanks also to Lena Mattheis for the kind welcome and moderating the discussion.

Looking forward to continuing collaboration on these urgent and inspiring thematics.

Presenting my research on future cities at the water across genres, today in Turku, at the Marine Research Laboratory for Humanities and Social Sciences.

The context is Wave Riders (AHA–Aallonharjalle in Finnish), “an active research and teaching laboratory for the humanities and social sciences at the University of Turku specializing in the study of maritime and other water systems. Its goal is to gather together researchers  whose research is related to the maritime and shipping-thematic collaboration in the University of Turku’s new strategy. Along with participating in various projects and organizing regular research seminars we also conduct commisioned research.”

More on the program here and below (in Finnish):

It’s been a few weeks since I’m back from the Narrative2018 conference in Montreal, where I enjoyed a wide range of presentations and discussions in a variety of fields of the study of narrative – thanks for the inspiring ideas. And thanks, also, to everyone who commented on my paper, which dealt with “Futures of New York – Narrating Environmental Agency in Fiction and Non-fiction.”

As a researcher of cities, I’m glad I also found some time to get to know a bit of Montreal. Some thoughts here on the city and the books that communicated something of its past to me. 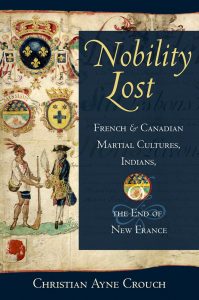 A first book I read was Christian Crouch’s Nobility Lost: French and Canadian martial cultures, Indians, and the end of New France (2014). It’s been some time I had been looking for a good, general history book about the Seven Years’ War in North America, and in Crouch’s book I found an eminently readable, fascinating study of the conflict, in particular in terms of different cultural perspectives on violence.

(By coincidence, I read the book immediately after reading a new translation of William of Tyre’s History of the Kingdom of Jerusalem, and was struck by some of the similarities – however far-fetched that may seem – between the narratives of violence and conflict in both books, especially in relation to differences between ”settlers” (and 2nd, 3rd generation) and ”newcomers” newly arrived from France; and different perspectives by both groups in terms also of alliances with indigenous / local nations.) 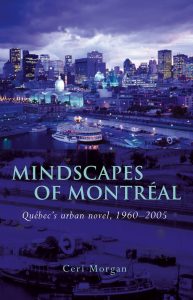 Inevitably, a lot about the book reminded me of my own dissertation, about the Finnish-written literature of Helsinki in 1890-1940 – how to deal with literary representations in bilingual cities located at the periphery of continental geographies; what to select, how much to tell about historical and cultural specifities. Mindscapes of Montreal manages to be entertaining and informative to a general reader, as well as delving deep into more detailed analysis of specific novels. And it passed the test of every good literary urban studies book: it gives the reader the desire to go back to the city streets for new strolls, new discoveries; and also the desire to get to the book shops and get to know some of these books first-head. One of the (many) books I really wanted to pick up on the basis of Morgan’s book is Pierre Turgeon’ s Prochainement sur cet écran, which sounds as crazy as it sounds mesmerizing.

After rummaging through a variety of bookshops (so 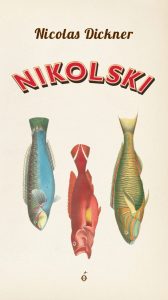 me with extensive Montreal/Quebec bookshelves and some none at all), I bought Nicolas Dickner’s Nikolski, which provided a poetic way to extend my stay in Montreal. Much to cherish here for anyone with an interest in cartography, maps, exile, expulsions, multiple ontological orientations, dirt, and urban archaeologies (the scene with the activist archeologist – several, in fact – practising guerilla dumpster diving is unforgettable). There’s also a lot that I wouldn’t have been able to relate to without Morgan’s book and Crouch’s book; the expulsion of the Acadians, for example, which features quite largely in the novel; the dislocations caused by the construction of Mirabel airport, which also has relevance; and the October Crisis.

Lovely to note that Montreal seems to have a burgeoning comic book culture, with a considerable amount of volumes also set in Quebec and Montreal. Haphazardly I bought Paul en apartement by Michel 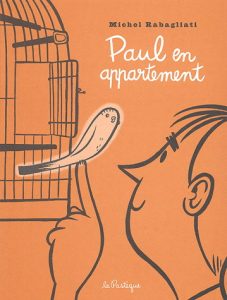 Rabagliati. One of the things that I noticed, especially when reading it next to Nikolski, was the undercurrent in both of these books of Belgian comic book classics – references, in both books to several Tintin classics; and in the Nikolski bookshop passage, with regular references to Bob Morane (the fictional book shops seems to have a whole section devoted to this Belgian French-written classic which also belongs to my youth culture strata).

Hope to get back to Montreal in the future, for now I’ll continue spending time there with the mediation of books.

I participate today in the “Helsinki media city” panel at the Helsinki University Think Corner (in Finnish), organizd by DiMe -project.

At first I was not too sure how much I could offer to this fascinating theme, but upon second thoughts from imaginaries of Helsinki in literature and in planning documents, from polyphony in urban planning and the possibilities of storytelling through GIS, from parkour videos to an interest in the flâneur, my research has touched upon a range of issues with relevance for thinking the city as media. Looking forward to lively discussions.