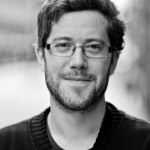 I am university lecturer in comparative literature at Tampere University, Finland.

In my research, I work on urban futures across textual genres, uncertain ontologies in 21st c literature, narrated experiences of space, rhetorical structures in urban planning, place names in literature, representations of shorelines, and parkour, among others. I work on American literature of the long 20th century, Finnish and Nordic literature, as well as the literature of the Low Countries (Netherlands & Belgium). Much of my work involves cross-reading different textual genres, from the Bildungsroman to urban planning documents, from the graphic novel or epic poetry to policy visions.

My most recent book is The Narrative Turn in Urban Planning: Plotting the Helsinki Waterfront (Routledge 2020).

I’m the editor of the Routledge Companion to Literary Urban Studies, which provides a methodical overview of the fundamentals of the study of city literature. It contains 33 newly commissioned chapters.

I am the author of Helsinki in Early Twentieth-Century Literature (2014), still the only study of Helsinki in Finnish-written literature to date. The book is based on my doctoral dissertation Moved by the City, which is available online here.

Other books include the co-edited volumes Language,Space and Power: Urban Entanglements (2012), Literature and the Peripheral City (2015), Literary Second Cities (2017), The Materiality of Literary Narratives in Urban History (2019), Literatures of Urban Possibility (2021) and La puissance projective (2021).

I received my PhD from the University of Helsinki, Finland and JLU Giessen, Germany in the fields of Finnish literature and comparative literature.

Co-editor of the Palgrave Literary Urban Studies Series. Member of the editorial board of the Journal of Urban Cultural Studies.

I recently completed a three year research project (2017-2020), during which I worked as collegium researcher at the Turku Institute for Advanced Studies (TIAS). More on my research project at TIAS, “Imagining City Futures across Genres – Antwerp, Helsinki, New York 1990-2020” here.

In an earlier research project (2013-2015) I examined the use and structure of narrative in urban planning. The project focused, in particular, on the areas of Kalasatama and Jätkäsaari in Helsinki. More on this project here. The findings of this project are presented in The Narrative Turn in Planning: Plotting the Helsinki Waterfront (Routledge 2020).

Co-founder and current president of the Association for Literary Urban Studies (formerly HLCN).

For more about media reports, reviews, and interviews, see my media page.

2013-2015; post-doctoral researcher, the University of Helsinki.

2 thoughts on “About me”