Text and photos by Yongmei Gong

Our action will not only stay on Vallisaari. The Vallisaari group has decided to join force with actor and performer Laura Marleena Halonen et al. in their performative pilot project Ilmastokirkko (‘The Climate Church’). The project takes the church’s ritual of continuous Sunday gatherings and invites artists, researchers and people with different background to personally contribute to tackling climate change challenge.

The connection between science, art and climate activism continues and starts again in the center of Helsinki during the considerable Disturbance About Climate Change event n June 10th, 2018.

By taking over the public space the event try to engage the citizens to create political social choreographies dealing with the subject of climate change and try to answer these questions:

How to interfere the street view that truncates the people as consumers? What would be enough considerable disruption for climate change? What are the means of cultural disturbance to deal with climate change? How can cultural disturbance be genuinely influential, modern-day activity? How to find the courage to break the social norms of public space? 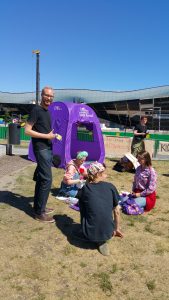 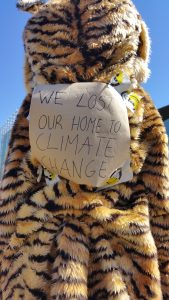 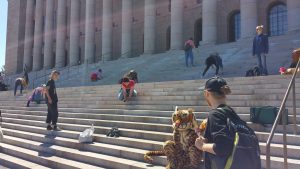 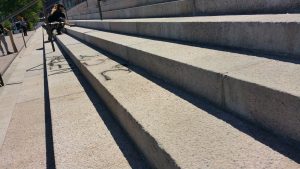 We chose a place where we observed the environment daily at the same time for half an hour by researching macro & microscopic relations between natural & human elements.

Vallisaari, despite being a nature reserve, is disturbed by many human activity that are not immediately audible and visible to our senses.

In the graphic representation you can see the contrast between human and natural activity.

There is a clear low frequency around 100Hz, this is probaly due to the heavy engines of boats. Here after you can listen to 10 minutes binaural sound recording.

On the second day of the camp we chose our sit spots. We returned to these spots daily at approximately the same time to observe the surroundings and to be in the moment, connected to the beings and things around. We saw the places change with weather and time and formed contact with the native flora and fauna.

“The sea is different every day (color, texture etc)”

“I have met a snake on my sit spot two times now. I hope we’ll get used to each other.”

“I’ve seen a hopping spider first time in my life at my sit spot. It made me laugh.”

“Seagull doesn’t need its wings at all while gliding past my sit spot.”

“My sit spot was occupied by a burdock plant 21st. The burs tried to hock on my clothes and spread the seeds.”

“The dry grass forms geometric shapes, like little gates on the ground. I wonder what they are for.”

The last time we returned to our spots was a little bittersweet. We said goodbye to all the beings we had started to get to know. We were primed to acknowledge that this would be the last time we would ever be with these beings before their death or our own. Some of them would be dead next year and some might remain long after we are gone. (Unless there will be a big construction on the island during my lifetime, in which case I might outlive them all! I felt a little victorious at this thought and then a little pissed at myself for making something this profound and beautiful a stupid competition in my head.)

However, I felt the strongest connection to my surroundings during the last sit spot. I thought of all the plants being born from the ground, and all the animals born from the ground in a more poetic sense. This led me to think that in a sense all of us humans are born from the ground as well. It’s a little hard to notice, since most of us in the “civilized world” are born and will die in hospitals, and the parts between most of us spend indoors seemingly disconnected from the natural world.

For me the sit spot epitomized a central part of the course. A feeling of connection necessary to care about the world and its beings, the lack of which leads to the kind of neglect we see and partake in so often. I think this feeling of connection must be there and must be strong enough for everyone to act on if we want to see positive change in this world. 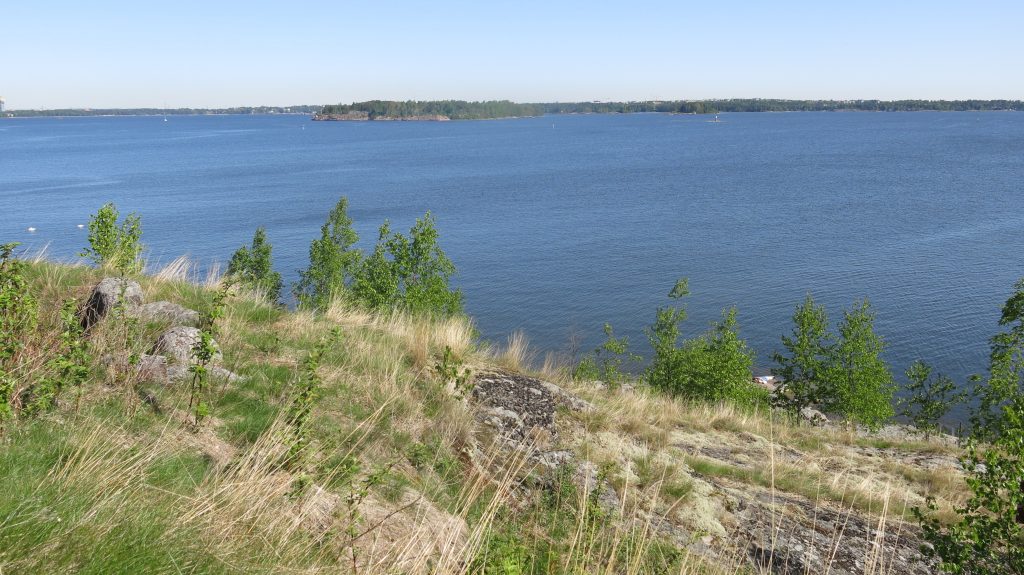 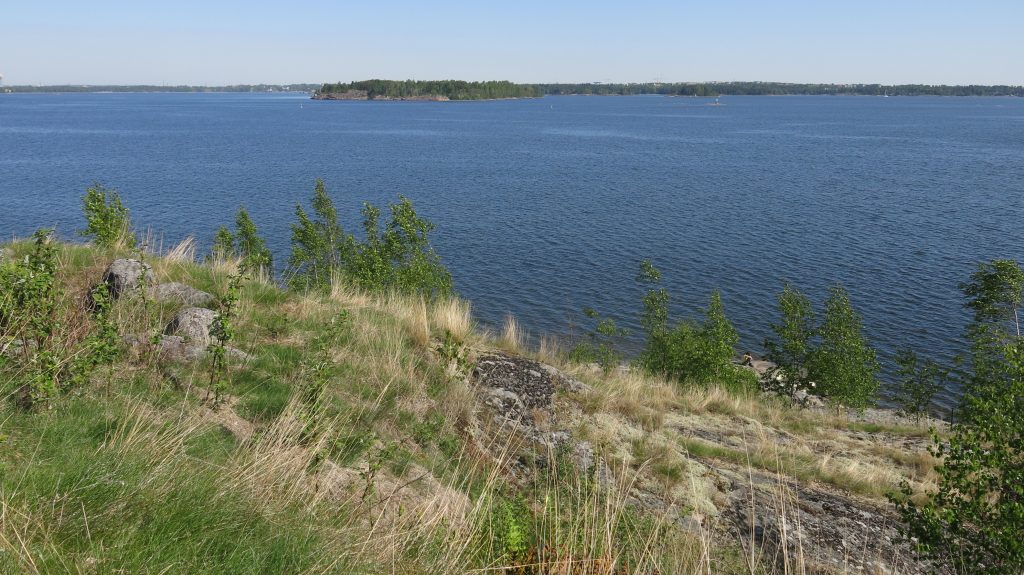 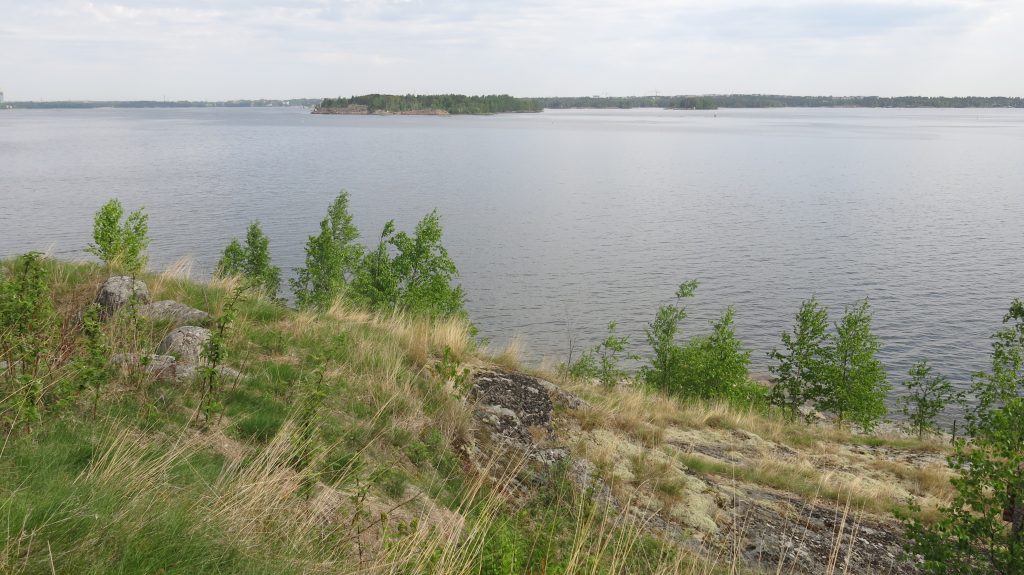 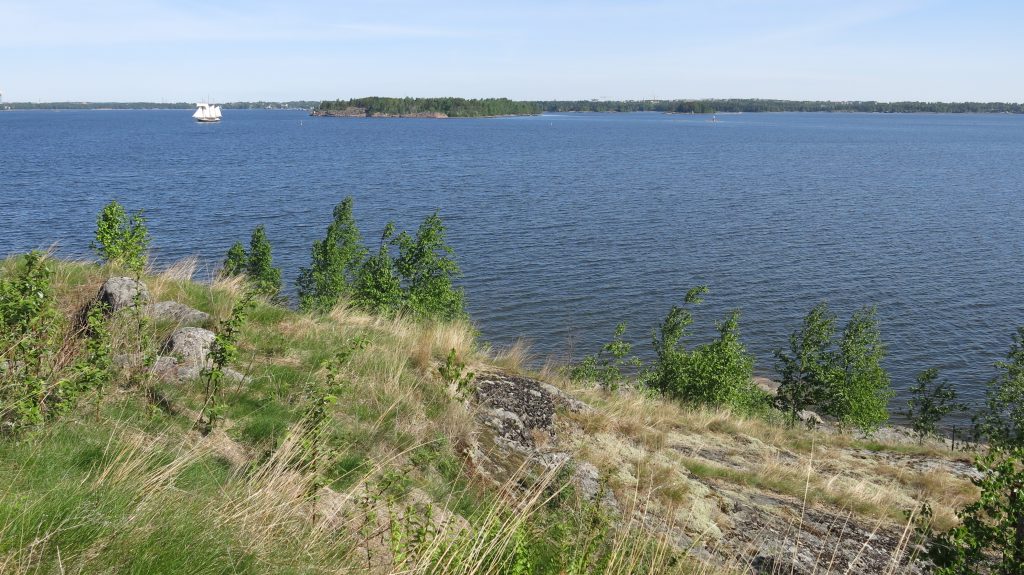 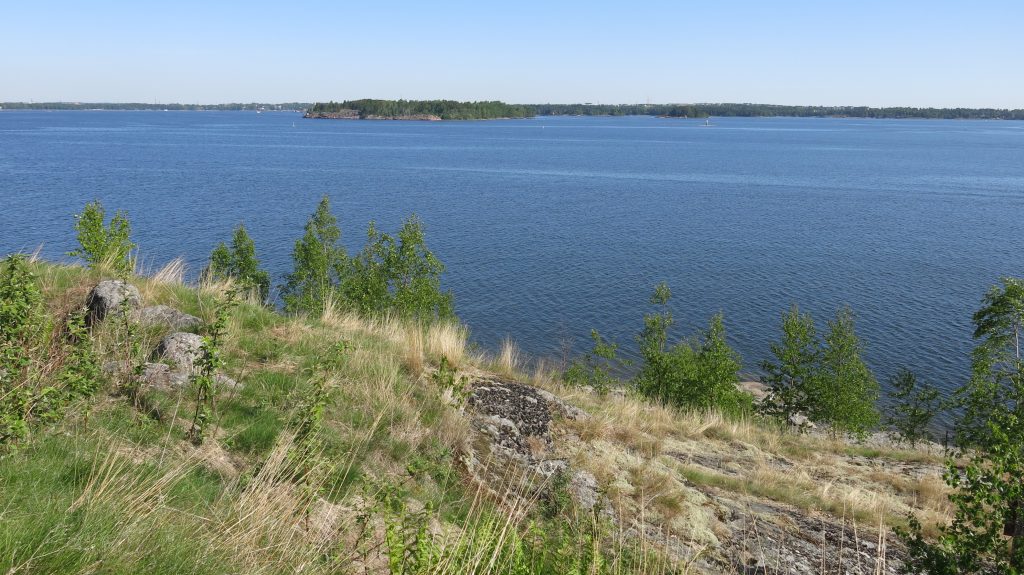