John Jordan is an art activist. He co-founded the direct action groups Reclaim the Streets and the Clown Army, worked as a cinematographer for Naomi Klein’s The Take, co-edited the book We Are Everywhere: the irresistible rise of global anti-capitalism (Verso 2004).

Isabelle Frémeaux was a senior lecturer in Media and Cultural Studies at Birkbeck College-University, London, until she resigned in December 2011 to escape wage labour and academia. Her action research explores popular education, storytelling and creative forms of resistance. Together they co-founded the art activism and permaculture collective The Laboratory of Insurrectionary Imagination (https://labofii.wordpress.com/) whose infamous interventions continue to erupt across Europe. In 2011 they published the book/film Paths Through Utopias (La Decouverte,2011), after which they set up the community la r.O.n.c.e (Resist, Organise, Nourish, Create, Exist) which lies 70kms from la ZAD, the autonomous area that was in resistance on the site of the once planned Notre-Dame-des-Lande’s airport. 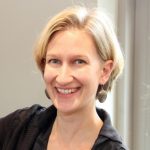 University lecturer Taina Ruuskanen studies release of volatile organic compounds from trees and atmospheric aerosol formation and growth. She has published over 60 articles and developed and given courses on climate change and air quality. Taina coordinates public engagement activities, GLOBE Finland and www.carbontree.fi, and enjoys life most when she is surrounded by people having their hands on science experiments. 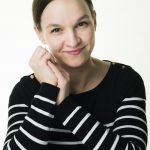 Laura Riuttanen is a post-doctoral researcher at the Univeristy of Helsinki Institute for Atmospheric and Earth System Research INAR. She coordinates climate change education projects in higher education, for example Climate.now (www.climatenow.fi). Laura Riuttanen is a PhD in meteorology and specialized on aerosol-cloud-climate interactions.

Hanna Vehkamäki is a professor in computational aerosol physics at University of Helsinki, and her research group studies cluster and nanoparticle formation in the atmosphere on a molecular level.  She received an ERC starting grant 2010 and an ERC advanced grant 2015. Her hobbies are related to running in the forest  with a map and military history. 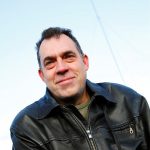 Academy professor Timo Vesala has published over 300 articles and supervised 30 doctoral and 27 master theses. He studies carbon-water cycles of forests, wetlands and lakes and biometeorology. He has run a film club with Dr. Eija Juurola over 9 years. He has prepared a popular talk “From Vertigo to Blue velvet – Connotations between movies and climate change” 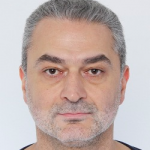 PhD student Kourosh Kabiri studies the structural regularities in Scots pine trees and tries to understand how such regularities are connected with the environmental inputs and are reflected in the social position of the trees. He has been also active in few workshops on the interface between art and science of climate change as a resource person.

Marianne Santala is a student in meteorology and works as a research assistant at the Institute for Atmospheric and Earth System Research (INAR). She works on the Carbontree portal developent and participates in planning  and implementing this course.

Paavo Järvensivu is an independent researcher of economic culture, based in Helsinki, Finland, and working at Mustarinda and BIOS Research Unit. Since finishing his PhD on organizational cultures at the Aalto University School of Economics in 2010, he has engaged in transdisciplinary projects with artists, philosophers and natural and social scientists in order to construct cultural, economic and political solutions to the ever-deepening global environmental crisis.

One of the driving questions for him has been: how is it that the material world, with all its diverse beings and relations, seems so disconnected from our everyday lives, even though our culture is said to be “materialistic”? This disconnection is most obvious in the political and economic spheres, which are driven almost solely by economic abstractions.

Järvensivu is the editor-in-chief of the Mustarinda magazine and has co-curated exhibitions, planned and taught university courses and organized various events and workshops. His book ‘Abundant Money in a World of Scarce Resources’ will be published (in Finnish) in early 2016.

Mustarinda is an artist/researcher collective that organizes exhibitions and workshops, publishes an annual magazine and hosts an artist/researcher residency in the midst of an old-growth forest in mid-Finland. BIOS is a new research unit that investigates global socio-material flows and dependencies in the Finnish context and develops effective means to engage the public audience in collaboration with the national broadcasting company Yle.