I am the mother of a 10-year old girl. Nothing would be special about this fact, unless there comes only one solely “but” – we don’t speak Finnish. Two years ago my family came to Finland where I wanted to get my Master’s degree. My daughter, Alina by name, who completed two years of school education in Belarus, definitely had to attend school in Finland. From this moment my headache started: I could not understand how my child would attend school if she did not speak the language of the school. So I had to surf the internet in an attempt to obtain basic information on how foreign children are taught to the Finnish language.
According to my findings, upon arrival to Finland, children are placed in a pull-out class for a year, where, although main efforts are aimed at learning Finnish, kids also study school subjects corresponding to their age. After a year of training in a transition class, a child is placed into a regular class. Everything seemed to be easy and simple, but I still could not understand how children could study, for example, mathematics in Finnish, if they did not speak Finnish at all. But all things are difficult before they are easy.
Finally, we are in Jyväskylä. As expected, Alina was placed in a transition class, where besides her, nine other children studied. They were lucky to get an amazing teacher, who became their second mother in school. In addition, I also want to note her help to us, parents, who with stress-stricken eyes, rushed around the city, made out various papers, went to study, and at the same time tried to understand the realities of the Finnish life.
The attention of the whole school was focused on my daughter’s class, which was a new phenomenon for them, as it was their first year of having this kind of students. As a parent, I was immensely grateful for the support from the side of the school headmaster, other teachers, assistants. What was most important for me is that my child attended school with pleasure. In addition, children visited numerous exhibitions, went on excursions, to the cinema. On the whole, they actively tried to flow into the Finnish society. After some time, the class was integrated into mainstream classes of käsityö, physical education, and arts lessons.
I think it is not a secret for anybody how difficult it is for newcomers in a new school where they need to get acquainted with teachers, classmates and build relationships with them. And now imagine that, to the problems of a newcomer, in addition to all of the above, lack of language knowledge and, possibly, differences in the mentality are added. What does a child experience when he/she is unable to express the opinion, consent or disagreement? Of course, these problems are not solved in a preparatory class, but there all children are in the same condition, they are all newcomers, they all need to be integrated into the existing system.
However even in a transition class, everything is not so smooth. After one year of education, a child is transferred to a mainstream class or school, being placed one grade lower. For my daughter, this has become a source of resentment and disappointment, to which she cannot reconcile herself yet. How can I, as a mother, find the right words for my child to explain why she, a diligent, hard-working girl, after the second grade in Belarus and the year of schooling in the Finnish school, was transferred to the third grade? Why do her former classmates in Belarus study in the fifth grade today, and she is only in the fourth grade?
It is time to sum up. Is one year enough for a child to master the Finnish language and start freewheeling? Yes, and no. In our case, before the start of the regular school, summer holidays began, during which the Finnish language was successfully forgotten. The first month in school turned into a nightmare, after which the child came with tears in her eyes home, complaining that she did not understand anything. Today, Alina has no problems in everyday communication, although she is still at the second level of support of the three-tier model and once a week attends additional lesson in the Finnish language. Difficulties are caused by specific terms from, for example, Ympäristö class, such as plant names and their parts. But soon all this will be left behind.
Of course, it is difficult to draw conclusions about the effectiveness of existing models of teaching Finnish to newly arrived children. Careful research is needed. Undoubtedly, these models work. Only I would like to see the process of transition less painful for children and teachers.
Tatsiana Shestunova is a PhD student in University of Helsinki and a member of the Vastaantulo / Meeting in the Middle project. She is doing research focused on the living experience of Finnish teachers working with recently arrived students during their first year in Finland. 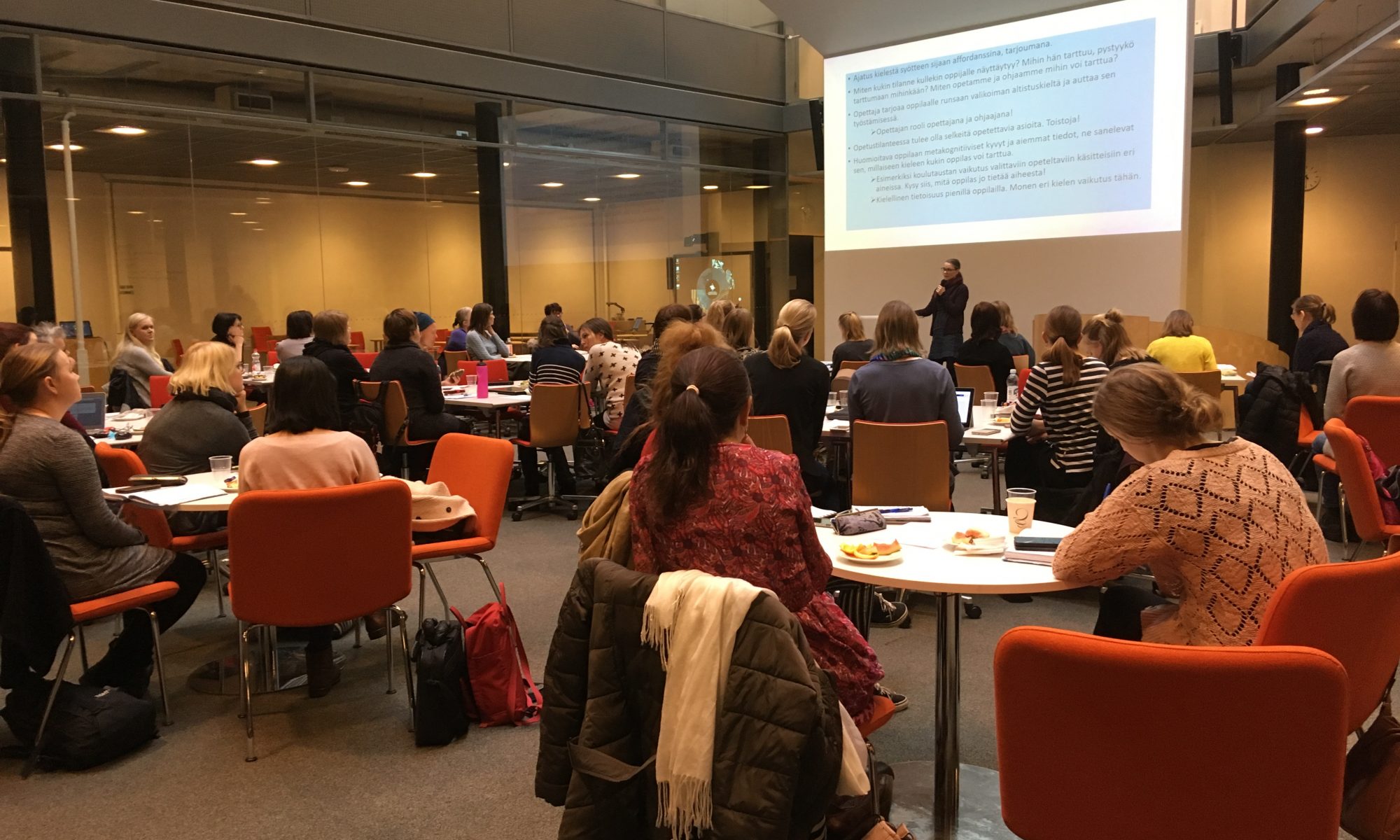