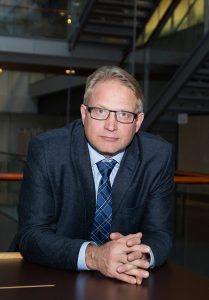 During its term from 2015 to 2018, the Finnish Government made a decision to annually transfer €50 million from the joint funding allocated to universities to the Academy of Finland to be granted for focusing activities on the basis of individual university strategies (PROFI funding). The year 2017 constituted the fourth year of applications for this form of funding. The research application for the Faculty’s One Health project was chosen as part of the PROFI funding application submitted by the University of Helsinki to the Academy of Finland. The University’s application is comprised of three entities, one of which is One Health. Decisions on the four-year research funding to be granted will be announced in May 2018. The project is being developed as a joint project of four faculties, with several governmental research institutions (including the Finnish Food Safety Authority Evira and the Natural Resources Institute Finland Luke) and corporate funders as additional partners. The project will provide an excellent opportunity to develop research and operations at the Faculty in the coming years.

After the drastic cuts in funding implemented by the government, 2016 was a year of upheaval at the University, whereas 2017 centred on adapting to the cuts and stabilisation. New operators from the Faculty of Agriculture and Forestry and the Finnish Environment Institute moved to the facilities in Building EE relinquished by the Faculty due to the belt-tightening. During the year, University Services, a result of the administrative reforms, consolidated its operations, while the Faculty learned to utilise the new organisation as a support for its activities.

This was the final year of operations in the old administrative term, during which spirited debate on the University’s faculty structure was conducted. The Board of the University made a decision to maintain the structure of eleven separate faculties, while eliminating their departmental structure. Since the Faculty of Veterinary Medicine has conducted its operations without a departmental structure for two administrative terms already, the reform had no impact on its activities.

At the end of the year, new official bodies were elected in the University and the Faculty. The Faculty embarked on the new four-year term, with most leaders for the Faculty operations remaining in their positions. A new director was appointed for the Department of Equine and Small Animal Medicine, as Merja Rantala succeeded the retired Satu Sankari. Directors of Department Mari Heinonen, Mari Nevas and Tomi Taira were elected for second terms. Olli Peltoniemi and Mirja Ruohoniemi are continuing as the vice-deans in charge of research affairs and academic affairs, respectively, while I myself will continue as the dean.

During the year, the Finnish Veterinary Association celebrated its 125th anniversary. Celebrations were also held at the Faculty. 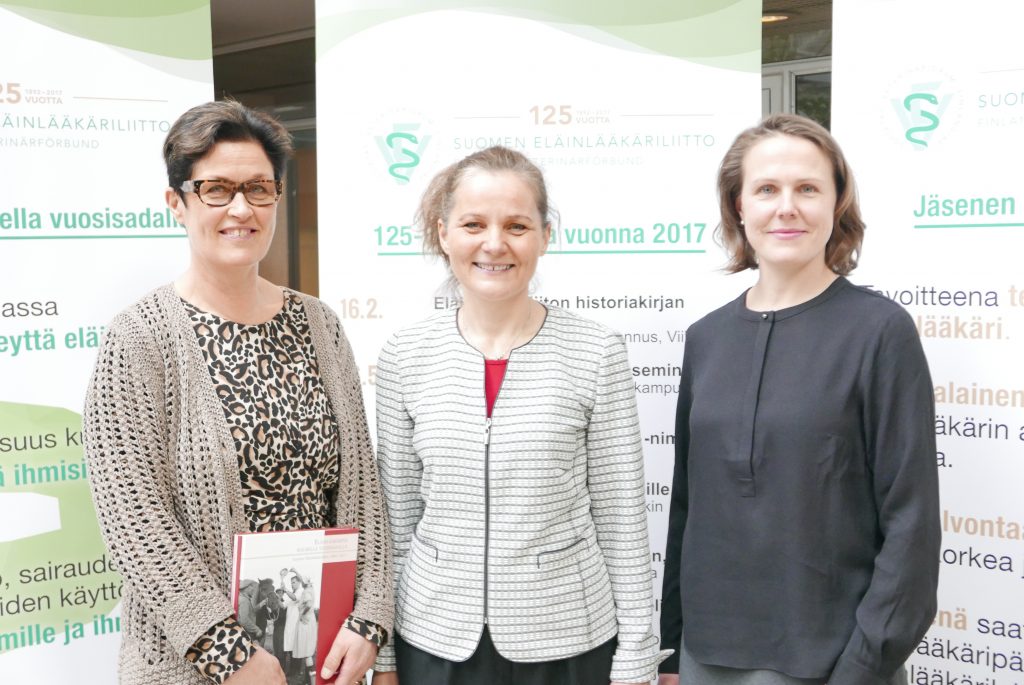 Veterinarians across three centuries.  On 16 February, the history of the Finnish Veterinary Association was published at Building EE as part of its 125th anniversary (1892–2017). Pictured are the author of the book, Katri Helminen (in the middle), a veterinarian whose doctoral dissertation focused on the history of ideas and learning, Päivi Lahti (on the right), the chair of the association, and Kirsi Sario (on the left), the deputy chair. As a trained historian, Katri Helminen succeeded in describing the trajectory of the association and veterinary medical service through the personal histories of important individuals in the field. (Caption) 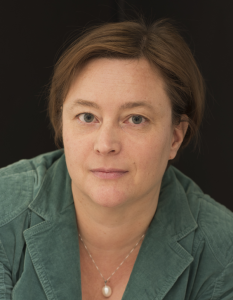 The Finnish Veterinary Association selects the Veterinarian of the Year, with the anniversary honours going to Docent Merja Rantala from the Faculty. Rantala’s research has focused particularly on the antimicrobial resistance of bacterial strains isolated from domestic animals. (Caption)

During the year, many employees with a long career at the Faculty retired. Among professors, the retirees included Hannu Korkeala, Airi Palva, Satu Sankari and Liisa Sihvonen, while Senior Laboratory Technician Ilpo Forsman retired from other staff. We truly appreciate the contribution made by all the retirees to the Faculty’s activities and wish them a happy retirement.

I also want to take this opportunity to thank the Faculty’s students and staff for their successful and productive work.