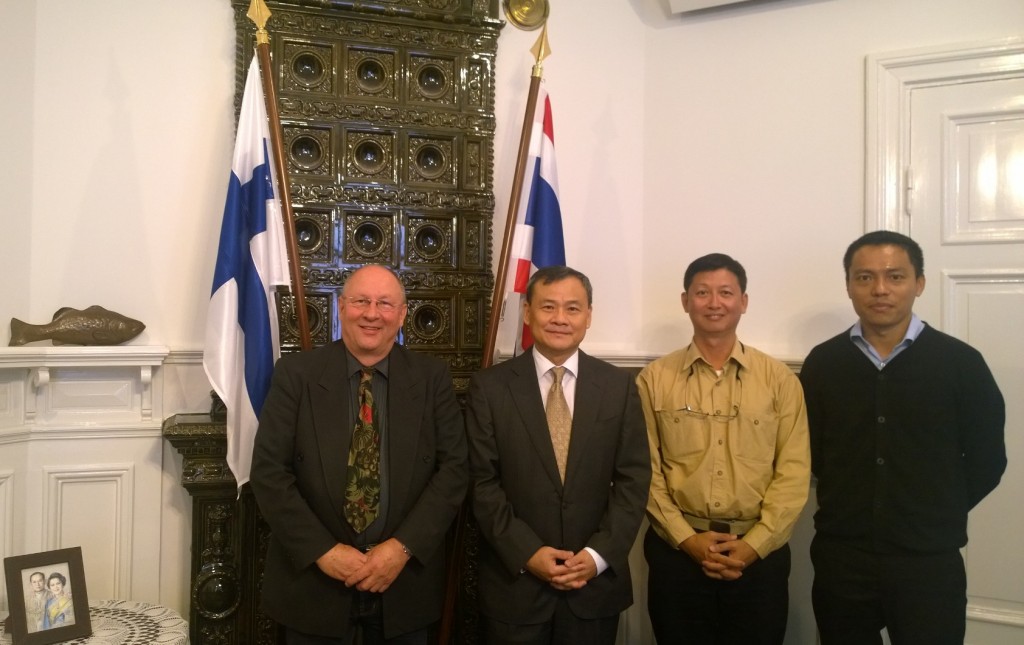 On August 17, 2015, Professor Markku Kanninen and Mr. Dipjoy Chakma from VITRI, and Dr. Damrong Pipatwattanakul from Kasetsart University, Thailand, met with his excellency Mr. Rachanant Thananant, Thailand Ambassador to Finland. During the meeting VITRI’s collaboration with Kasetsart University was presented and also other potential forms of cooperation were discussed. END_OF_DOCUMENT_TOKEN_TO_BE_REPLACED

More recently, the concepts of bioeconomy and green-economy have been converging into a larger idea where it has been suggested that the green-economy should be considered as part of the integrated bioeconomy concept. However, the main ideological division reminds: END_OF_DOCUMENT_TOKEN_TO_BE_REPLACED