On the 27th of January, a bunch of us Student Ambassadors were lucky enough to get a guided tour of our university’s museum. We are definitely privileged as a university to have a museum dedicated to safeguarding the entirety of our institution’s history. 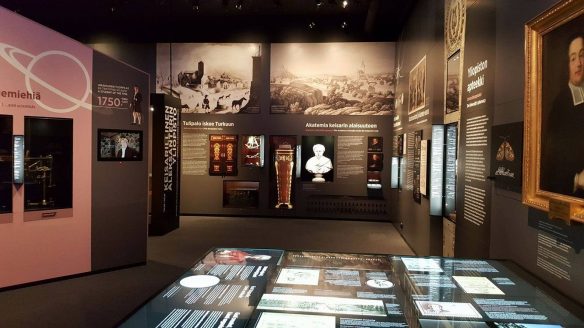 The University of Helsinki’s rich and long history can be divided into three main eras. It was established in 1640 as the Royal Academy of Turku. In the 1800s it was moved to Helsinki during the Russian Imperial era, hence becoming the Imperial Alexander University in Finland. It was during this period that the university became increasingly more scientific and research-based, kind of like we know it today. Finally, in the post-Independence era, it became the University of Helsinki. These periods are all easily colour-coded in the museum’s itinerary, a set of informative displays under some gorgeous and ever-changing ceiling lights. 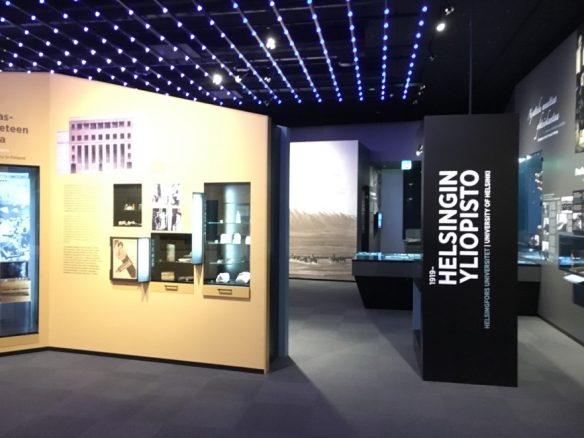 One of the best things about the museum was the amount of original memorabilia that has been preserved: the original charter that the regency of Queen Christina of Sweden signed to create the university, stunning Imperial portraits of Alexander I or Nikolai II, silver sceptres dating from the 17th century (which survived the Great Fire of Turku in 1827, the 1940s bombings and are still used nowadays for special occasions!), and even dashing student uniforms and caps. For this reason, it was a very entertaining visit. There are even short films about what it’s like to be a student in different time periods, over the last 375 years. The long history of our university is not something one usually thinks about amidst all the new buildings and technology. In this regard, I loved the important fact that a part of the exhibition was dedicated to women and their slow but steady entrance into university life. 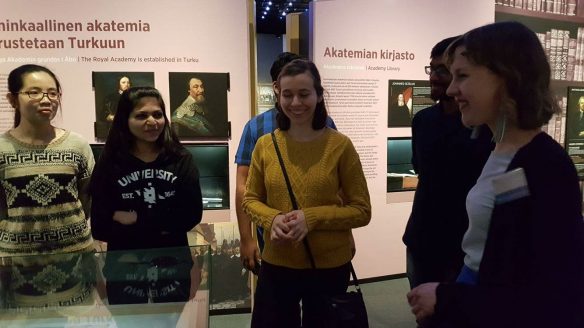 The University of Helsinki played a very important role in creating a community and society in 19th century Helsinki, which far from today’s bubbling city, was instead a humble fisherman’s village. I would like to think it still plays this role in a way, by bringing likeminded people from all over the world together under the same roof, perhaps in different campuses, but as part of a greater whole.

The University Museum is located on the third floor of the Main Building (Päärakennus), Fabianinkatu 33. Entrance is free to everyone, and it is open Tue-Thu 12-17, Fri 12-16.