Where have you heard about Finland? This question may appear often in a friendly conversation with Finns, or you might stumble upon a stranger trying to start a conversation while waiting for bus at the bus stop or in a university party. Many of us heard about Finland before as a country of midnight sun, Nokia, the real Santa Claus from Lapland, and some of us did more research before deciding Finland as our next home away from home. However, there are much more the land of Sisu has for its visitants to explore and admire.

Studying in Finland brings you an amazing opportunity to explore the hidden beauties Finland has to offer. Starting from the old capital of Finland till the home of indigenous Sami people, there are hundreds of attractive places you can plan trips with friends at reasonable prices and bring back pleasant memories to cherish.

As an international student studying Physics at the University of Helsinki, life has been quite stressful with assignments and exams, but weekends and summer breaks brought unwastable scope for me to visit places I have always dreamed of. In this blog I would like to share some of my trip experiences and information which might be handy for the future tourists.

The old capital of Finland: Turku 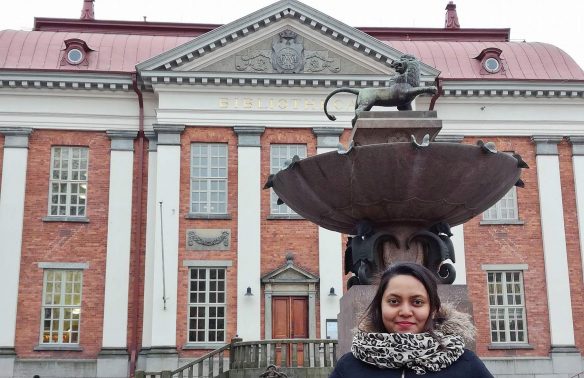 Located in the region of southwest Finland, Turku is the oldest city in Finland founded most likely at the end of the 13th century. It is recommended that you plan the visit at least a week in advance and reserve a whole day for exploring the famous tourists spots of
the city. I found some ideas about historic places and ongoing events of the day from www.visitturku.fi/en and www.lonelyplanet.com/finland/south-coast/turku. After a careful planning of places to visit, I bought tickets from OnniBus because their tickets are very cheap; about 16-18 € for round trip per person, and they have several pick up points so you can choose the closest pick up point from where you live. However, bear in mind that OnniBus do not refund for any cancellation.

The bus journey might take somewhere between 2 hours and 15-30 minutes. Also, if you want to make the best use of the day remember to arrive there as early as possible since most of the attractions close down by 6 pm. It is handy to pick up a city map from Tourist information booth located at Aurakatu 2 and this way you can easily browse through the city yourself. I preferred downloading the city map in my phone and the first place I visited was Turku cathedral, considered to be Finland’s most valuable historic monument.

Walking by the banks of Aura river, the next place that eventually showed up was Turku main library, located in the city center of Turku. Right beside the main library stood two tall statues; Alexander I, Tsar of Russia and crown prince Karl Johan of Sweden, portraying a meeting in Turku in 1812. An emptychair between the statues welcomes the passerby to sit and pose for a photo or two. As I continued walking by the river, more art works appeared on both sides of the street; there were Daisy, a temporary environmental art, and sculpture series ‘Those Looking Up to the Stars’, representing four human figures at different stages of life. After about 3 kilometers of walk from the main library, I arrived at Turku castle, the largest surviving medieval building in Finland. The entry ticket costs only 5 € for each student and groups consisting of over 10 students have to pay 2,50 € per person. I spent rest of the evening learning hundreds of years history in Turku castle. The sun was speeding down to the horizon as I walked back towards the bus station, tired but content. 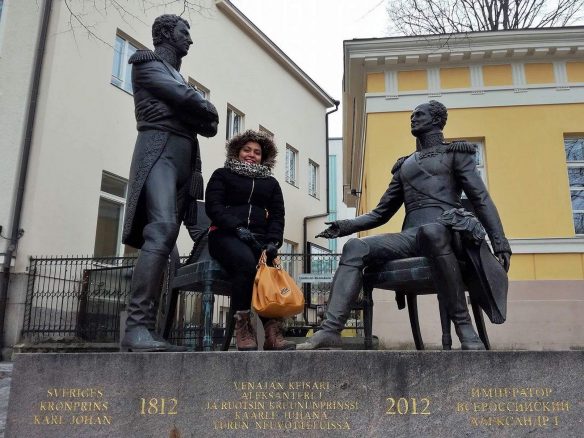