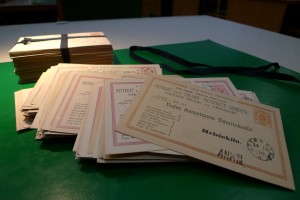 Rural letter card data consists of hand written letters sent to Finnish newspaper Uusi Suometar by their subscribers and readers from all social classes from different parts of Finland. The letters dealt with all kinds of local happenings, and for the press rural letters were an important source of local news. 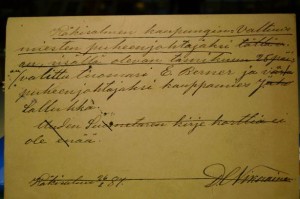 In the linguistic point of view these source texts with corrections opens an interesting channel into the text production processes of 19th century and reveals all kinds of language ideologies behind the printed news text.  The aim of the research is to find out what kind of forum of genre conventions, discourses and language ideologies the rural news really were and how the different discourses encountered in newspaper texts.

The data comprise 378 letter cards sent to Uusi Suometar during 1886-1900. Approximately 150 were published. The cards were found from the literary remains of Johan Wilhelm Messman, a long-term subeditor of Uusi Suometar.