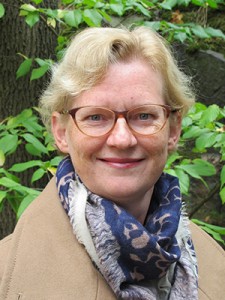 While writing an afterword for the recent Finnish translation of Roman Senchin’s critically acclaimed The Yeltyshevs (2009), I was struck by a scene in which the main character Valentina Viktorovna returns home to a Siberian village after visiting her son in prison. On the bus she happens to hear the president’s [Dmitry Medvedev] speech on radio. His “energetic, youthful and determined voice” raises optimism and faith in Valentina: “Russia is a country which has chosen democracy by its people’s own will. Russia has chosen its path and will decide independently, by generally accepted rules of democracy, how the principles of freedom and democracy can be carried out, considering the historical, geopolitical, and other particularities that characterize Russia…”

The president’s high-flown speech about Russia’s Sonderweg and Valentina’s candid observations that follow juxtapose the Kremlin’s vision with a grass-roots provincial reality. The Yeltyshevs is a description of post-socialist trauma; it is a narrative of de-modernization in which the characters descend from the institutions of education and order to a foraging economy.

A similar rhetoric of political sovereignty and cultural distinctiveness to that assigned by Senchin to the president’s speech informs a decree (ukaz) signed by President Putin on 24 December 2014. The decree articulates the guidelines for Russia’s cultural policy. Although not intended as fiction, the text event does seem to draw heavily on the imaginary, especially the imagined community of Russians (rossiiany).

The draft of the decree was publicized widely in the Russian media by Vladimir Medinsky, the Minister for Culture, in the spring of 2014. The Ministry’s website invited commentary on the draft. Many Russians involved in cultural production voiced critical views. The final document defines Russia’s civilizational uniqueness, informed by the country’s geopolitical location, and the centrality of “traditional family values” in maintaining that uniqueness.

The document understands culture as a system of values and institutions, which produce and preserve these values. It is seen as a fundamental force for Russia’s “civilizational originality” (samobytnost’). It is the foundation of a unified “Russian mentality” (mentalitet rossiiskogo naroda), the production of which is the goal of Russia’s cultural policy, as outlined by the decree. It makes great claims about the ability of culture to unify Russia’s “multinational” people and instill patriotism and national pride in them.

Similar views about historical and cultural homogeneity, based on an ideal of a unified national mentality, are voiced by various politicians in many European countries. But what is noteworthy about the Russian document is the fact that it incorporates cultural policies into a “national security strategy”. This strategy, launched in 2009, is emerging as an overarching matrix of Russia’s social and political reforms.

It is too early to tell how the decree will be manifested in legislation and how it will affect cultural institutions and administration in the long run. It is equally hard to tell how Russian citizens, such as the fictional but very realistic Yeltyshevs, will benefit from cultural policies whose goal is to “define the main outlines of national mentality”. These stories are still not written.

In their current form, the Kremlin guidelines offer tools for practicing nationalistic identity politics. The decree lends itself to use as a legislative ideology for institutionalizing cultural policies as a vehicle for cultural marginalization in the name of “Russian mentality”, canonical high culture, and national security

Sanna Turoma is an Academy of Finland Fellow and the Chair of the Organizing Committee of the 2015 Aleksanteri Conference, “Culture and Russian Society”.

The EU’s decision-making capacity is strongly guided by the Eastern members, representing an increasingly unified stand opposing Western proposals regarding the solution to the migration crisis, writes Katalin Miklóssy. 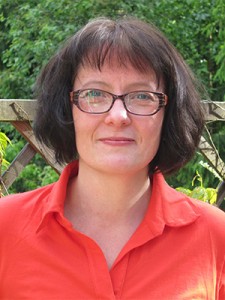 This negative experience further strengthens the otherwise steadily growing criticism of the EU in the Eastern group that has become evident since the 2014 EU elections. The latest episodes expedite the erosion of trust in the EU´s competence to manage crises of this scale.

Initially, the dissatisfactory EU response left the countries to deal with the mounting problems by themselves: this consequently enhanced the national ethos, and the diverse answers turned the countries of the Balkans against one another. However, the Eastern countries begun to search for working solutions together, relying on each other. The Visegrád countries, comprising the Czech Republic, Slovakia, Poland and Hungary, agreed to take part in the protection of the external border of the European Union and the Schengen zone on Hungary’s southern border. Romania, Bulgaria and Serbia (still a candidate country) refused to serve as transit countries for mass migration and have agreed upon a united policy, especially if Austria and Germany slow down border entry. The formation of a unified stand in the East is well under way and will most probably receive a tailwind from Poland’s latest election results, according to which the nationalist forces critical of the EU have won.

Decisiveness in opposing the Western EU countries’ policy is increasing. The Eastern countries are puzzled by the mixed messages coming from Germany and France. On the one hand, the Eastern group was supposed to maintain the EU agreements (Dublin ad Schengen), secure borders and register migrants; on the other hand, when they tried to do so it was not appreciated. The situation has brought back discussions about the meaning of sovereignty and memories of the past when the Eastern bloc were the satellites of the Soviet Union and had to obey orders from Moscow, the then power centre.

These countries also share a mutual understanding of the potential dangers posed by the large numbers of Muslim migrants. In addition, xenophobia is generally strong in these countries, most of them lacking a considerable foreign population. The anti-migrant attitude is rooted in a lack of integration experience. The examples of anti-Semitic and anti-Roma sentiment that still exist, even if both groups of people have been living in these countries for centuries, shows this to be the case.

As Donald Rumsfeld remarked in 2003 on the eve of the EU enlargement of 2004, ‘The center of gravity (e.g. in Europe) is shifting to the east and there are many new members’. He was ridiculed by some old member states, especially by French and German politicians, at that time. However, it seems that the Eastern EU countries’ attitude and tough immigration policy have also become popular in the Western parts of the EU. The EU’s decision-making capacity is now strongly guided by the Eastern members, which represent an increasingly unified stand against Western proposals regarding the solution to the migration crisis. It seems that the centre of gravity in the EU is indeed changing.

Katalin Miklóssy is a senior researcher leading the new Jean Monnet Module at the Aleksanteri Institute.