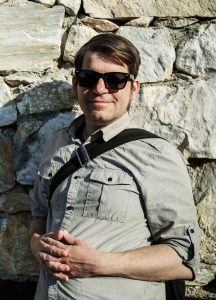 Andrew Graan is a cultural and linguistic anthropologist with interests in mass media, political language and performance, publics and publicity, the social life of projects, nation branding, international intervention, and global governance in Macedonia, the Balkans, and the European Union.

His current project, “Brand Nationalism: Neoliberal Statecraft and the Politics of Nation Branding in Macedonia,” has received support from the Finnish Cultural Foundation and the Kone Foundation. The project examines how the coordinated efforts to regulate public communication that are found in nation branding projects constitute a wider program of economic and social governance. He is also completing a book manuscript titled, “The Sovereignty Trap: International Intervention and the Public Sphere in Postconflict Macedonia”, which examines European and American diplomats’ involvement in the political reform process that followed Macedonia’s 2001 armed conflict. He has numerous publications, including research articles that have appeared in Cultural Anthropology, Signs and Society, Slavic Review, the Journal of Linguistic Anthropology, and the Journal of Cultural Economy. He edited, introduced, and contributed to a special section on “Language and Political Economy, Revisited” that appeared in HAU: The Journal of Ethnographic Theory.