Introduction
Our team started working on an idea that was originally developed in Nuorten Akatemia (the Youth Academy) to serve as a real life jamming project with only social media as a digital platform. As a team we took this idea further and decided to create a virtual communication platform for the youth and the employers, where they could design and create presencial events to support the digital connection. 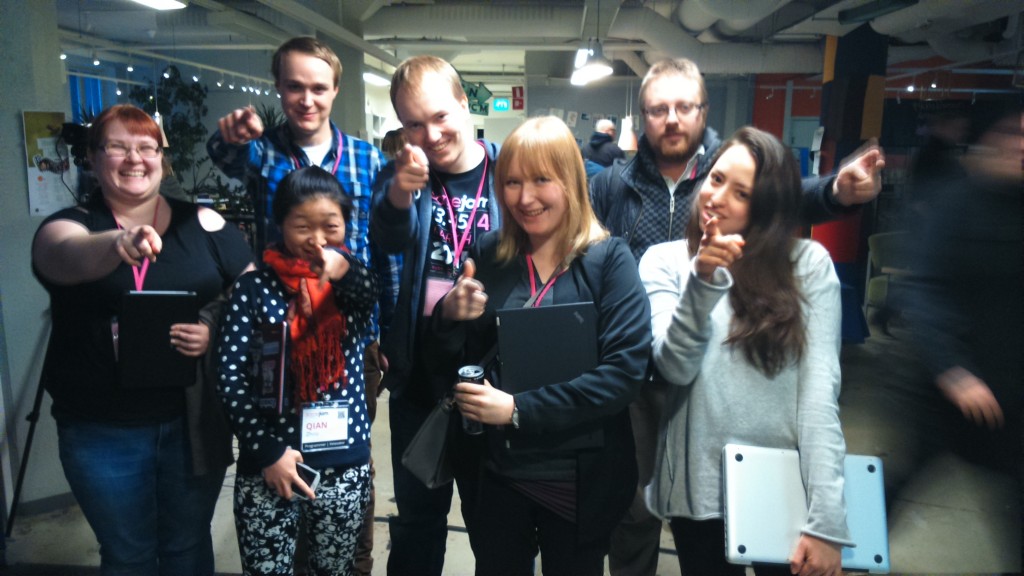 Henrik Nygren – Programmer, Computer Science student. I did not learn the cup song.

Irma Savolainen – Project worker at the Youth Academy, media-assistant, totally did not learn the cup song 🙁

Kaisa Karvonen – I am person who likes to work in projects. Teacher assistant of the cup song.

Our concept
One in every five young people in Finland is unemployed despite young people being talented in areas such as IT and social media. Youth finds it hard to get immersed into the laboral sector because of their lack of experience and the high expectations from employers.

To solve this problem, we decided to create a platform to connect talented youth with future employers in their field of expertise.
This platform will include both online challenges and presencial events such as jams, job fairs, traineeships, guidance, workshops, seminars, etc.

Link to the prototype 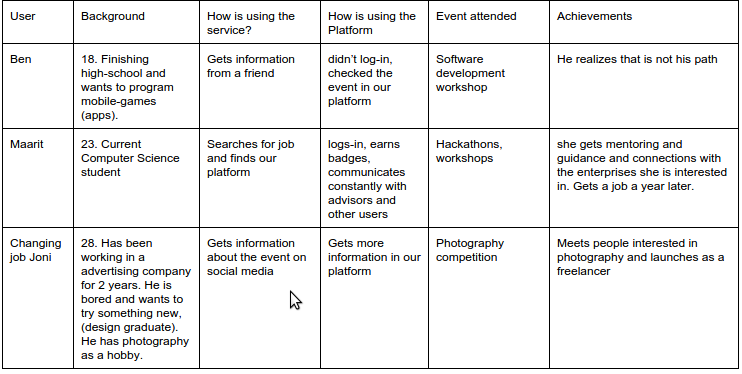 Summary of our learnings
The main idea and concept was visualized already by the end of Friday night. We sticked through the weekend with the same main idea, the only main change was the change of scope of our platform events and enterprises- from technology and social media, to any kind of field.

As programmers we learned design stuff from Irma (Joni’s picture<3), and great pitching skills from Nidia. We also learned that Finland is NOT the place for street polls. We learned how to get a prototype ready really quickly.

What became your solution architecture?
We use Ruby on Rails to build our website platform. It is an web development framework that designed for rapid application development. It also takes advantage of software engineering patterns such as convention over configuration (CoC), don’t repeat yourself (DRY), the active record pattern, and model–view–controller (MVC). Ruby on rails uses SQLite3 as a default database which we used in development, in production we used PostgreSQL.

Way of working
We divided on two main groups, the designers and the programmers. We took mainly all the decisions concerning the design together so we all had a clear idea of how the project was working. We didn’t really had problems communicating with each other and dividing was an efficient way of working because we had good connection and the communication worked well.

Add something else?
We rocked the cup song!