Cognitive Futures in the Humanities is an international, interdisciplinary research network whose origins lie in a project funded by the UK’s Arts and Humanities Research Council (AHRC), 2012-2014. It brings together scholars from fields such as literature, linguistics, philosophy, and beyond, whose work relates to, informs, or is informed by aspects of the cognitive, brain and behavioural sciences.

The network has been organising international conferences annually since 2013.

During the conference, the lectures by keynote speakers are open to all.
For more information on the programme, see our Programme page. 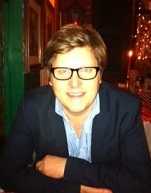 I have research interests in writers such as Dickens and George Eliot, and also the work of the critic John Ruskin, particularly in relation to intellectual history and the history of the sciences. A new essay collection, The Cognitive Humanities: Embodied Mind in Literature and Culture, which I edit, is forthcoming with Palgrave Macmillan. Current research also includes a study of literary, cultural and medical framings of voice and voice-hearing in the long nineteenth century.

In Clark and Chalmers’s much discussed thought experiment, Otto and Inga each try to find their way to the Museum of Modern Art to see an exhibition. Usually overlooked is the way that aesthetic experience provides the overarching goal of the two protagonists, whose contrasting memory and navigation routines form the ‘cognitive’ part of the story. In effect, the thought experiment cordons off the aesthetic domain of MoMA from the cognitive episode that services it. This is not some design flaw or philosophical shortcoming, just an observable feature of how the scene is constructed. But what would happen if we could follow Otto into the museum, as it were, and consider how the extended mind story might play out there? Developing this speculative line of thought, my lecture will consider how approaches to distributed cognition might make contact with considerations of aesthetic experience, both visual and verbal, from the nineteenth and twentieth centuries. 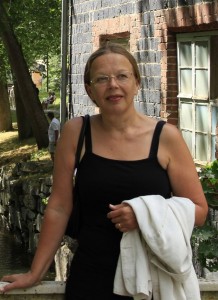 I work mainly with Finnish and European fin-de-siècle literature as well as early modernism, and my focus has been on genre research – most recently on allegory. I also have a long-standing interest in questions of mimesis, literary worldmaking and the emotion effects of various literary forms and techniques.

While the ability of fictional stories not only to describe and evoke emotions but also to shape emotion systems is an acknowledged fact, the multiple ways by which literature has an emotional impact on its audience are still largely unexplored.  In my paper I will try to delineate how the cognitive study of literature could provide a suitable and helpful theoretical and methodological frame for this study and what kind of areas the textually oriented study of literary emotions needs to cover. This approach presupposes that the concept of cognition is understood in its inclusive meaning; it is necessary to see emotions and affects as integral to human cognition.  There are good grounds for this presupposition. I follow the usage of the current research on emotions identifying itself as cognitive studies where the term cognition generally refers to all mental processes and frequently regards all cognition as ‘affective’ (e.g.,  Colombetti 2014).  This permits us to think of cognitive poetics encompassing the poetics of emotion, too. I use mainly Edgar Allan Poe’s “The Fall of the House of Usher” to illustrate the ways in which literary texts produce emotion effects in the authorial audience. 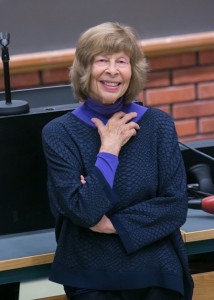 My main research interest is in communication, where my longstanding collaboration on relevance theory with Dan Sperber has led to publications on a wide variety of topics, from disambiguation and reference resolution to rhetoric and style. My novel Slave of the Passions was published by Picador in 1991.

The last twenty or thirty years have seen a move away from code-based theories of communication to inferential theories on which the speaker’s aim is not to encode her message in an utterance but to provide clues to her intended meaning. Figurative utterances (e.g. metaphor, irony, metonymy) present a challenge to inferential accounts of communication. Throughout their history, figurative utterances have been standardly analysed using code-like ‘transfer of meaning’ rules (e.g. ‘In irony, the literal meaning is replaced by its opposite’, ‘In metaphor, the literal meaning is replaced by a related simile or comparison’, ‘In metonymy, the literal meaning is replaced by an associated attribute or adjunct’). While there are now several plausible inferential accounts of metaphor and irony (see e.g. Wilson & Carston 2006, 2007; Sperber & Wilson 2008 on metaphor, and Wilson & Sperber 2012, Wilson 2013 on irony), metonymy has continued to present a serious challenge. How can the speaker of (1)-(3) be seen as providing evidence of her intention to refer to a patient, a customer and a group of people rather than a disease, a dish or a building, respectively?

After arguing briefly that standard ‘transfer of meaning ‘ accounts of metonymy (e.g. Nunberg, Recanati) are neither inferential enough nor generalizable enough to provide an adequate solution, I will outline a new approach to metonymy (developed jointly with Ingrid Lossius Falkum) which may help to meet this challenge. On this approach, metonymy is a type of neologism, or word coinage, and is understood in exactly the same way as other types of word coinage, needing no special interpretive rules or mechanisms. 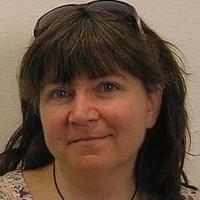 A literary/media scholar by training, I currently do empirical research on the impact of digitization on cognitive and experiential aspects of reading, comparing the reading of different kinds of texts on various reading devices (print; e-readers; tablets; computers), and measuring the effect of technical and material affordances of the interface on, e.g., reading comprehension or narrative engagement.

The current digitization of reading and writing reveals dimensions of these processes and skills that have hitherto been less acknowledged, in particular the role of ergonomics (i.e., haptic and tactile feedback). I’ll use the ongoing transition from paper- to screen-reading, and from handwriting to keyboard writing, as an occasion to “unpack”, theoretically and conceptually, what is entailed in reading and writing as embodied, multisensory human-technology interactions involving interfaces and devices with particular material affordances. Through a presentation of some theoretical and empirical work on the digitization of reading and writing from an embodied perspective, I’ll argue that the replacement of paper by screens, and of pens by keyboards, can – indeed, should – be a catalyst for increased interdisciplinarity and, as such, a promising avenue for cognitive humanities research.