The Future of Political Community: Beyond Universalism and Particularism 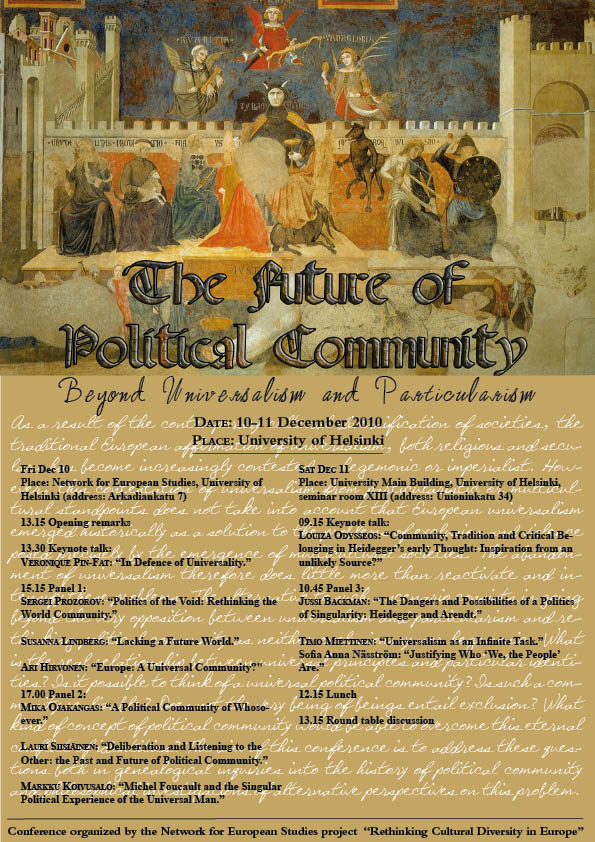 As a result of the contemporary cultural diversification of societies, the traditional European affirmation of universalism, both religious and secular, has become increasingly contested as hegemonic or imperialist. However, this contestation of universalism from particularistic or multicultural standpoints does not take into account that European universalism emerged historically as a solution to the problems of exclusion and violence posed precisely by the emergence of multicultural societies. The abandonment of universalism therefore does little more than reactivate and intensify these problems. The alternative to such a scenario consists in going beyond the very opposition between universalism and particularism and rethinking political community as neither exclusionary nor hegemonic. What is the real relationship between universal principles and particular identities? Is it possible to think of a universal political community? Is such a community realizable? Does not the very being of beings entail exclusion? What kind of concept of political community would be able to overcome this eternal conflict of identities? The aim of this conference is to address these questions both in genealogical inquiries into the history of political community and philosophical investigations of alternative perspectives on this problem.