Obesity and overweight are increasing at an alarming rate, and more and more women are entering pregnancy with obesity. Not only related to physical health, maternal early pregnancy overweight and obesity are also associated with consistently higher levels of depressive symptoms throughout and after pregnancy, as shown by psychologist Satu Kumpulainen, who is about to defend her PhD this month.

Looking beyond the immediate risks that manifest during pregnancy and childbirth, Satu also found that those young adults whose mothers had been obese or overweight during pregnancy had altered levels of cortisol – the so-called “stress hormone” – even as adults. This interesting finding supports the hypothesis that maternal overweight and obesity can alter the development of the offspring’s hypothalamic-pituitary-adrenocortical (HPA) axis, an important part of the autonomous nervous system that manages our responses to stress. This could have long-lasting consequences for the child.

Somewhat surprisingly, Satu also found evidence that  challenges the view that lower childhood cognitive functioning poses a risk for adiposity and a less physically active lifestyle in adulthood. Her work revealed that among young Finns, those who had better cognitive abilities as children tended to have lower levels of physical activity during the day and sit more as young adults – downside of being buried behind study books and office desks, perhaps?

Satu Kumpulainen is defending her doctoral dissertation entitled “Obesity and associated health risks – outcomes of maternal early pregnancy obesity and child’s cognition” in the Faculty of Medicine, University of Helsinki, on 25 January 2019 at 12:00. The event is open for anyone who wishes to hear more about the topic! The examination will take place at the following address: Päärakennus, Auditorium XV, Unioninkatu 34.  Professor Annick Bogaerts, from KU Leuven in Belgium, will serve as the opponent, and Professor Katri Räikkönen-Talvitie as the custos. The dissertation is also available in electronic form through the E-thesis service.

In a recent study we showed that the ɛ4 variant of APOE, the single most important gene for cognitive aging, was associated with dementia risk in 1453 elderly participants of the Helsinki Birth Cohort Study (HBCS), whereas regulatory variants linked with the transcriptional activity of the gene known as rs405509 and rs440446 was not. The study by Rantalainen et al is currently in press in Neurobiology of Aging.

The APOE gene has three common variants or isoforms, ɛ2, ɛ3 and ɛ4, which code for different variants of apolipoprotein E (apoE). The apoE protein performs multiple key functions in the central nervous system, and the ɛ4 isoform of the gene produces a functionally deficient form of the protein. The ɛ4 isoform of the gene has been found in numerous studies to be associated with a higher risk of dementia and Alzheimer’s disease (AD), and it has also been linked with lower performance in measures of normal cognitive functioning particularly in old age.

Other variants in the APOE gene have also been associated with the risk of dementia and AD. These include single-nucleotide polymorphisms that are involved in the regulation the gene’s activity of RNA transcription leading to production of the apoE protein. However, these associations have varied between studies according to the age and ethnicity of the study participants, and studies on the associations between these variants and normal cognitive functioning have been extremely scarce.

In a study published recently in Pediatric Research, Girchenko and others found that children of mothers who were overweight or obese in early pregnancy were at a higher risk of developing self-regulation problems.

At the beginning of August Risto started as a doctoral student in Sleep and Mind group. Risto’s research will likely combine sleep EEG macro- and microstructure with endogenous factors of neural plasticity and cognitive performance, mainly overnight learning.

Lower cognitive ability in young adulthood was found to predict a higher risk of early-onset dementia among men from the Helsinki Birth Cohort Study in a study by Rantalainen and others, recently published in Neurology.

Men with lower cognitive ability scores at 20 years of age had a higher risk of receiving a diagnosis of dementia before 65 years of age, but not at later ages.

Higher cognitive ability is thought to protect against dementia due to a more robust brain structure and learned cognitive skills and strategies that help preserve a higher-ability individual’s ability to function. The finding that cognitive ability predicted early-onset, but not late-onset dementia risk is likely related to heritable and non-heritable factors influencing cognitive ability to a different degree at different points in the lifespan, as individuals choose occupational, social and other environments according to their genetic predispositions.

We were very happy to welcome a long-term collaborator, Professor Rebecca Reynolds from the University of Edinburgh for a visit recently. Rebecca is an expert in the mechanisms that link prenatal development and pregnancy risk factors such as maternal obesity with offspring development across the life span. A specialist in endocrinology by background, Rebecca does both patient work and research including clinical trials, studies in the lab, and epidemiological research.

Our group first got to know Rebecca in person when she very kindly agreed to act as the official opponent for one of the PhD students in the group. Since then, we have been fortunate to work with Rebecca and her group on several projects. Most recently, this collaboration has produced articles such as those showing that

This was not the first time Rebecca visited us – and in return, members of the DePsy group have visited Edinburgh on several occasions, both for conferences and meetings and for longer research visits.

During this visit, Rebecca gave an interesting talk on the prenatal programming of the stress axis, held a journal club meeting, and worked on the several manuscripts that are being prepared together at the moment. And of course, visits like this aren’t only about the science itself: we also had the opportunity to take some time off to catch up and try some Finnish cheese and Scottish short-bread – which work together very well!

Tuomas is a newish doctoral student in the Developmental Psychology Research Group. His research interests include genetic and environmental prenatal risk factors of mental health problems and in prenatal epigenetic programming. 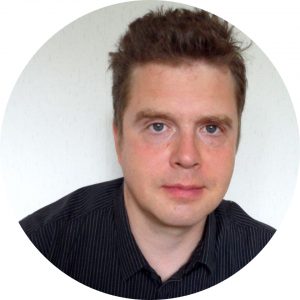 At the moment Tuomas is practicing to work with genetic and epigenetic data  and learning some new topics starting from the very basics. Previously Tuomas has completed a Master of Science in “paper and pen” kind of mathematics, and prior to starting his doctoral studies, Tuomas also worked as a research assistant in the Itu and Predo projects.

Tuomas­­­ likes to drink a lot of coffee. His hobbies include yoga, walking and jogging in nature, sauna, swimming, reading and good television shows.

Children who are born preterm – before 37 weeks of gestation – are more likely than term-born peers to have problems in cognitive functioning and may experience more mental health problems. Then again, most preterm infants grow up to be just as happy, healthy and smart as any of their peers. Among those preterm infants, who is at risk?

Sara Sammallahti showed in her thesis that early growth during the first months of life after preterm birth predicts adult cognitive functioning. Those preterm participants who grew well during early infancy performed better in neuropsychological tests in adulthood, received higher grades in school and were less likely to have been given special education. After taking into account many potential confounders, it seemed that this association was not explained merely by prenatal factors.

Higher intakes of energy, human milk, and macronutrients were also associated with better performance in adulthood. However, the associations between these nutritional intakes and long-term cognitive outcomes seemed largely driven by early morbidity: early illnesses can interfere with nutrition, and those infants who were severely ill as neonates were also more likely to experience neurodevelopmental problems later on.

Taken together, the results encourage further research into how we could best support the optimal growth and development of preterm neonates – what we do during those precious early weeks and months may  have life-long consequences.

Sara Sammallahti, M.Psych., B.Med., will defend her doctoral dissertation entitled “Growth after preterm birth and cognitive functioning and mental health in adulthood” (“Keskosten kasvu ja aikuisiän kognitiiviset taidot ja mielenterveys”) at the Faculty of Medicine, University of Helsinki, on 7th April 2018 at 10:00. The public examination will take place at the Seth Wichmann Hall, Naistenklinikka, Haartmaninkatu 2. Professor Ken Ong from the University of Cambridge will serve as the opponent. Academy professor Katri Räikkönen, adjunct professor Eero Kajantie, and Professor Sture Andersson have supervised the thesis. The dissertation will also be available in electronic form through the E-thesis service 10 days before the defense. Contact details: sara.sammallahti@helsinki.fi .

Rachel moved to Finland in 2013 to pursue an international Master’s degree in Public Health. When asked why she chose Finland, Rachel highlights the fact that she wanted to pursue her MPH in a program with an international focus and in a country with a different health care system than in the USA. During and after completing her MPH studies at the University of Eastern Finland, she worked at the Työterveyslaitos (Finnish Institute for Occupational Health) Cochrane Work Review group, writing Cochrane systematic reviews on occupational health interventions. Since 2015, she worked for the European Chemicals Agency, predominately tasked with developing the scientific and regulatory knowledge management wiki and helping administer the chemical substance evaluation process in collaboration with the EU member states.

Prior to moving to Finland, Rachel completed a Bachelor’s of Science in Health, with an emphasis in community health from Texas Tech University. Her desire to return to health research with an emphasis on early developmental factors stems largely from her time in Malawi with a Community Based Orphan and Widow Care agency for people impacted by HIV/AIDs, which included mobile medical clinic coordination, crisis nursery infant care, and international volunteer coordination. These experiences have fueled her passion for public health research and identifying interventions, which can improve people’s health and overall quality of life.

Rachel has a Finnish partner, two young stepdaughters (aged 6 & 9), and a dachshund. She enjoys reading a captivating book while sipping a strong cup of coffee, vintage furniture upholstery, Finnish summer cottage life and sauna, board games, and a good conversation over a delicious meal.