Fringe Orientalisms: Europe’s Other Others in Modern History

The study of orientalism – centrally understood as “western” bodies of knowledge on, and imaginations of, for the most part, Asia, but also portions of Africa, and indeed portions of Europe – has been a well-established field since the groundbreaking works of Raymond Schwab (1950), Jacques Waardenburg (1961), and, most famously, Edward Said (1978). The significance of orientalism for the development of modernist forms in art and literature on the one hand, for scholarship in the humanities and social sciences on the other, is undeniable. The longstanding interest in the study of orientalism is moreover owed to three structural features:

The existing research tradition has almost inadvertently favored national-historical perspectives on European orientalisms; and it has tended to mirror this bias by similarly favoring quasi-national units of study and representation in the “Orient.” The template has predominately been to study, say, British representations of Arabia, French studies of the Maghreb, or German Indology. The symposium aims at disrupting this pattern on both sides by looking at the “fringes” of orientalism, as regards the subjects of study and their networks; the objects of study and their position vis-à-vis others; and the contributions made from marginal, or seemingly marginal, contact zones.

This may mean to look at the representations of peripheral areas (e.g. in Central Asia, East Africa, Southeast Asia, etc.), as well as on peripheral themes (obscure languages or archives, strange choices of “going native,” etc.). And it may mean to look at peripheral actors in the overall transnational environment of orientalism. Such actors can either be from marginal research or artistic communities whose small size prevented them from developing highly recognizable national profiles (orientalism in Finland might be a case in point); or they can be from larger traditions, in which they occupied marginal places of some sort (e.g. female orientalisms, or Jewish orientalisms). Needless to say, “fringes” cannot be clearly defined; frequently they are about the roads less traveled by, the pride and interest in finding, or identifying with, what one might call “other others,” or indeed niches of imperialism, for single-minded projects of domination.

To give a few examples, one might think of the emergence of research on the religion of Mani after the 1902 discovery of the Turfan manuscripts in Central Asia that brought into being a widely used metaphor of political thought, Manichaeism. One might think of E.G. Browne’s interest in Babism and the Baha’i; the international field of Ancient Arabic rock graffiti; the doomed efforts of an Estonian theologian, Uku Masing, to work on Ethiopic in the 1930s; or the belaboring of dozens and hundreds of smaller, less prominent languages beyond the mainlines of Egyptian, Sanskrit, Arabic, or Mandarin. In some cases, interest in the marginal has been criticized as bias, as was e.g. the case with Louis Massignon’s interest in Islamic mysticism. In other instances, such interests aimed directly at colonial domination, as was clearly the case with Snouck Hurgronje’s studies of Acehnese. Some of these interests shifted balances within orientalism as a whole; some of it just confirmed prevailing distinctions of intellectual and aesthetic centers and peripheries. These distinctions were hardly self-evident. In German orientalism India soared as China remained entirely marginal. Japan became an intellectual fashion at the same time as it became a producer of its own forms of orientalism.

What was then the history of these uneven distributions? What function did the study of the marginal fulfill for the mainstream? What did it contribute, and what shifted, over time? Did the uncounted variations and sites of orientalism constitute an overall system, albeit one of highly contingent components and interlinkages (one might wonder about the orientalisms that never emerged, or that broadly failed to gain traction)? How did the center-periphery dynamic contribute to shifts in the history of orientalism? Did the diversity of the field even help with the adaptation to its radical critique since the 1970s? And would it be helpful to also regard the constitution of centers and peripheries in modern Europe as an extension of the systemic cohesion of orientalism?

We are looking for papers that respond to these and related questions and problems and help to better understand the manner in which the overall field of orientalisms was structured by center-periphery-interactions.

We will primarily seek to focus on nineteenth and twentieth-century cases in order to connect the theme also to more current concerns in the respective disciplines and areas. For this reason, we also stress that we welcome contributions that move beyond or leave behind the imperial period and address the post-imperial fortunes and changes, or lack thereof, of different forms of orientalism. 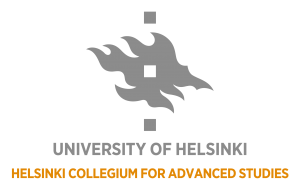