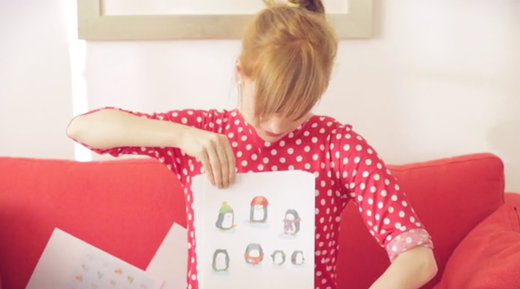 Most of us humans, especially the non-tech-savvy ones, have a complex relationship with technology. On the other hand it makes our lives easier – imagine all the stuff you can do just with your phone and your laptop. However, when it comes to understanding why your cellphone thinks you’re in Greece when you’re actually at the Center Campus of University of Helsinki, you might feel quite lost.

We all have plenty of friends stating that they’re just “bad with computers”. If using new software seems difficult at first, they give up. How applications work seems to be a great, almost divine mystery. This makes it easy to follow the instructions of Arthur Weasley: “Never trust anything that can think for itself if you can’t see where it keeps its brain!”.

Suddenly, a wild Finn appears, stating that she will create a children’s book about coding and technology for 4–7 year old kids. A story of a little girl called Ruby and her adventures. And even though Ruby’s world is full of amazing opportunities, it has nothing to do with magic.

The girl behind Ruby

The author of Hello Ruby is Linda Liukas, whose career seems to be a collection of projects making technology more approachable. She is the founder or Rails Girls community that helps women to get started with technology and teaches the basics of programming. Rails Girls workshops have been organized in over 160 cities. She has also been working at Codecademy, an education startup teaching people to code.

To make little Ruby alive, Liukas started a 30-day Kickstarter project to collect 10 000 dollars to hire an editor and print the hardcover books. Launched yesterday, the project has now collected over 100 000 dollars and has more than 2500 backers. This might easily be the most successful Finnish crowdfunding campaign ever. 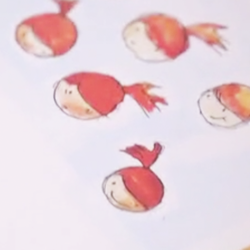 If you want to start your own journey in the adventurous world of technology, start easily by reading Ruby’s Christmas Calendar (just click the arrow on left to go through all the posts). It teaches 24 little things about her world – like the fact that “Snowleopard and Android disagree on many things, but Ruby thinks they both are good-hearted and will learn to live together”.

I think you’re going to love it. And if you love it, you should back the project on Kickstarter.

Pictures in this blog post are snapped from Hello Ruby Kickstarter video. 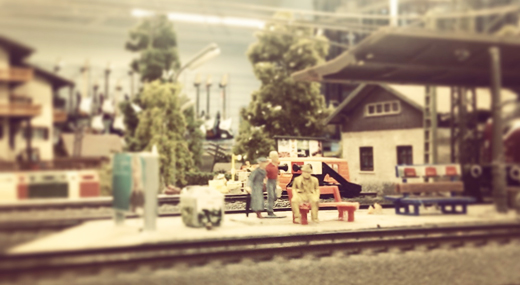 At the Center Campus of University of Helsinki most faculties aren’t the most keen environments for entrepreneurially-minded folks. When gazing to horizon from Kaisa-talo, all the startup buzz and growth entrepreneurship seem distant – “not my piece of cake”.

The Center Campus is filled with people with a strong urge to change the world, create welfare and have a positive effect on people’s lives. Unicafes and corridors are filled with discussion about actual problems to be solved, and people obviously are up to date on what’s happening in the world.

At the same time on some lines people are worried about if they’ll find a job at all – and in addition to this there are a lot of people just looking to do at least something related to their own industry, not actually thinking what they want to do and achieve in their lives. So many students carry the weight of the world on their shoulders, but when it comes to how they want to spent most of their day – work – you rarely hear passion-driven comments or big plans for the future.

The thing is that thinking small never changes the world or solves great problems. And, more importantly, mere thinking changes nothing. Open your mind a bit – could it actually be that entrepreneurship is the most agile way for you to be the change you want to see?

Make a difference with your skills

The worst mistake is to let stereotypes qualify what kind of entrepreneurship and on what scale one is able to do. People study what they want to learn: the other half is to understand what people can do with all that knowledge in working life. It’s good to remember that what you study no longer determines your career.

Entrepreneurship is mostly teamwork, and gathering a passionate team from individuals with different skillsets is the first step to start working with the nasty problems you want to overcome.

If you feel that you don’t have any skills or knowledge to turn into business, I dare you to think again. Let’s look at Upworthy. You’ve all spotted the content of the site: the touching videos with discernible headlines filling your Facebook News Feed. Themes vary from equality issues to people struggling with cancer, from giving homeless people a chance to learning to do CPR.

Upworthy is stating their mission to be “to make important stuff as viral as a video of some idiot surfing off his roof.” They’re bringing together meaningful content all over Internet to make it more visible, to make people think. So basically they are doing something to one thing most people (including you!) have only been whining about.

This company has raised $12 million in investment. Don’t get me wrong: money is not the motivator. But money enables scaling up and reaching more people – and that way Upworthy can push the internet generation to care about those who are powerless (you know, in addition to powerless cute cats on Youtube).

Why wouldn’t you do the same?

PS. If you feel that working life is changing too fast and you are the only one with difficulties in coping, forget it – it’s the same with all of us. Luckily there’s three things that will always help you forward!