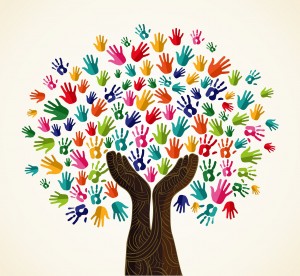 An individual’s social background is compounded partly by education and social interaction. Especially, cultural education is crucial in regards to integration into the society. Various programs, such as diverse arts and cultural workshops, within education have its importance in not only expanding the mind but also educating and supporting children and teenager.

Studies show that students who have attended workshops are three times more likely to graduate than those who do not. Workshops give children and teenager somehow to express themselves, if they do not have the support to do so at home. Also, it gets them to think creatively and inventively, and expanding their views and ways of thinking. Educating children with and without a migrant background is beneficial, since they learn more about other cultures, religions and lifestyles. Most importantly, it also helps fight discrimination and promotes awareness. Additionally, it is beneficial for children with migrant background to integrate fully into the society.

Due to the migration wave and the current refugee crisis in Europe, more cultural and educational programs are need to support the newcomers coming to Finland. However, also more workshops, dialogues and discussions are needed to educate Finnish citizens on the different lifestyles of the migrants and refugees. By enabling constructive communication between those two entities successful integration can be guaranteed.

PS: If a company or a person has caught your attention, click on their names and their LinkedIn profile or web-page will pop-up! 🙂 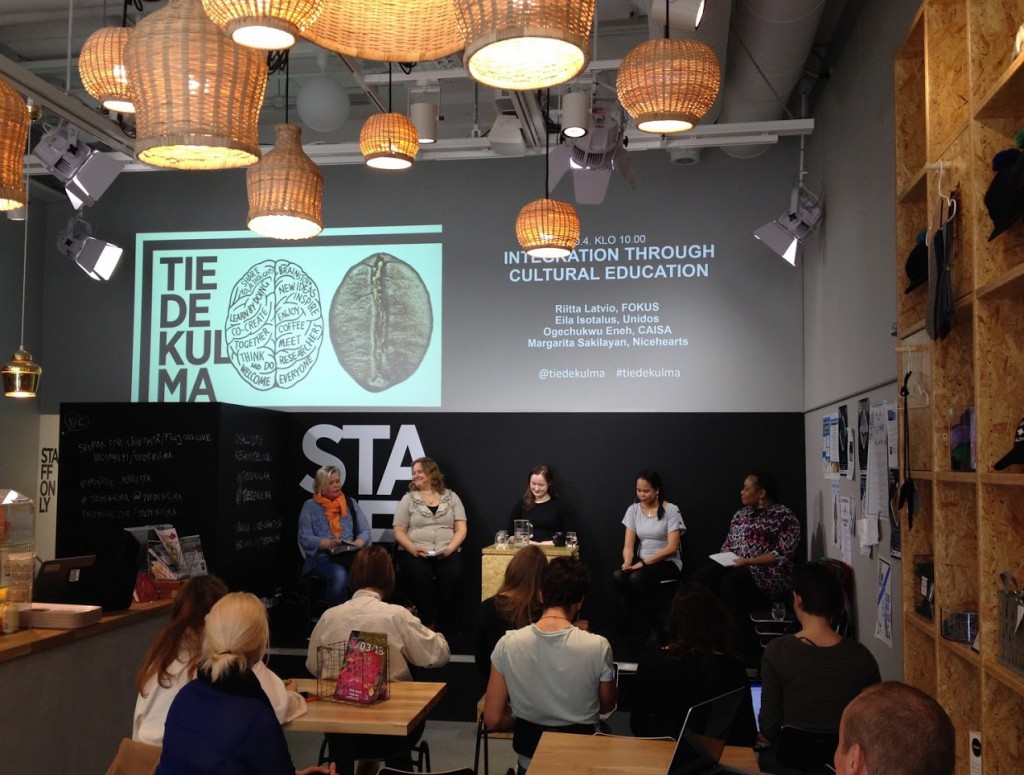 In the light of current events regarding the refugee crisis and the huge immigration wave to Finland from all corners of the globe the question on integration is stronger than ever.

How to make the newcomers feel welcomed and that they belong to the Finnish community? How do these respective organizations see integration through culture and education? In other words, what does it mean to be integrated for each one of them? Is there a possibility to make everyone feel equal despite their country of origin, skin tone, mother tongue and religion? What role does education through culture of both children and adults play in this challenge? What are the issues in promoting interculturalism (multiculturalism) especially when it comes to integration?

The panelists are representatives of the public as well as the private sector. The fruitful discussion focused on integration through cultural education.

If you are interested in watching our exciting panel discussion, check out the video on UniTube. 🙂 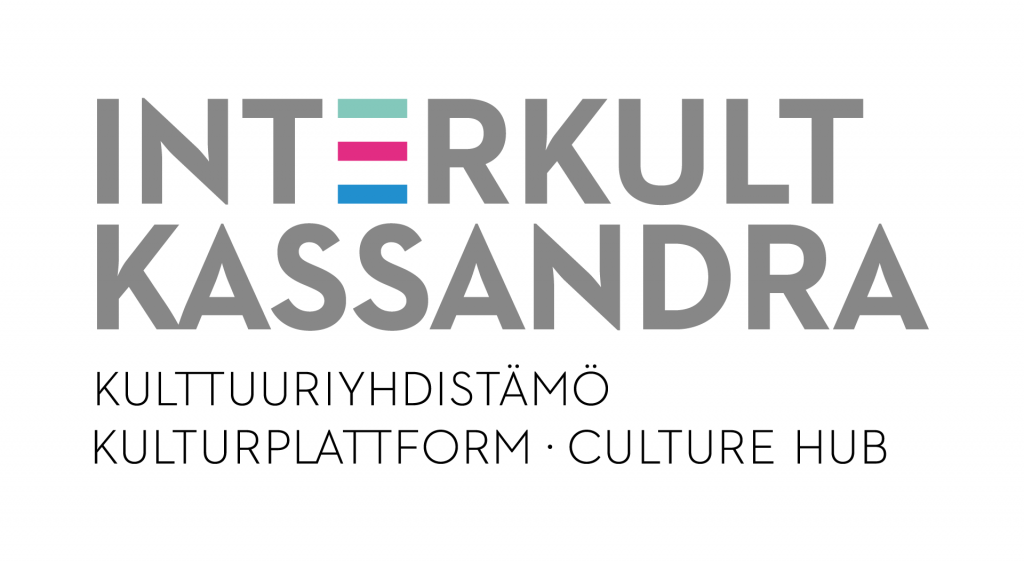 The first visit we had regarding integration through cultural education was to the Kassandra Institute (Interkult Kassandra), where we talked to Catia S. Pedrosa, the executive director, and Venla Martikainen, the financial and administrative director. The young engaging and inspiring women informed us on Kassandra’s work promoting integration and diversity, and also providing workshops for the youth in Finland.

Interkult Kassanrda was founded in the year 2000, and works mostly on promoting integration through arts and culture. The organization was founded by theater director Ritva Siikala, whose goal was on building bridges among cultures, and supporting the further development of multiculturality. At first, it was aimed mostly on acting as a form of communication between cultures. Also, it was not only for “newcomers” but also for young Finns who wanted to meet new people as well as enjoyed theater.

Due to various changes, both politically and financially, Kassandra has developed and changed in how they work. First, the organization originally was supporting strongly feminism, which is why most of those who worked there were women. Nowadays, it is not only women who run the institute. Men are more active participants as well. Secondly, Kassandra provides more than theater and acting. For instance, it arranges various workshops for children and youngsters, where both the participants and the volunteering instructors learn from each other in a safe and fun environment. However, Kassandra has maintained one passion in their workshops, namely art!

Kassandra Institute organizes a special INTERKULTfest, a festival dedicated to performing arts for young adults.  Performers, both professional and amateur, are invited from all corners of the world promoting diversity as much as possible. The festival is organized once a year and cooperates with different schools from Finland in forms of workshops.

The second visit regarding our interest in integration through cultural education was to the Finnish Ministry of Education and Culture. There we met Maija Lummepuro who is a Counselor for Cultural Affairs of the Department for Art and Cultural Policy, and Ulla-Jill Karlsson who works as a Special Government Adviser for the Department for Vocational Education and Training. The two representatives informed us about their work at their respective departments, and explained how the work on the political level contributes and changes the aspects on integration in Finland.

First of all, the work on a political level, unlike the non-profit one such as Interkult Kassandra, is completely different. It is more about cooperation between various ministries, and also between departments within the Ministry of Education and Culture.

The stimulating discussion was revolving mostly around internal factors (including financial resources) that affect the way the ministry functions as well as outside factors (politicians, circumstances in Europe and Finland outside the political sphere). Also, the recent budget cuts of the universities and of the ministry itself were mentioned. Due to this, the question of integration, especially among students coming from the outside of the EU, is critical as well as problematic. Non-EU students will not be able to come to Finland for their studies because of the lack of finances to provide their studies and also because of the unrealistically high tuition fees.

On a more positive note, the ministry’s fields in education, culture, sport and youth work hard on integrating asylum seekers and immigrants, especially nowadays despite the immense migration wave and economic crisis. Various educational programs will be provided not only for children but also for adults, so that they would be able to find training, employment and learn Finnish as well as Swedish.

Interkult Kassandra is organizing a fascinating festival called “INTERKULTfest” promoting diverse performers and artists! This is a description on their amazing up-coming festival:

“INTERKULTfest, a performative art festival focusing on interculturalism, will be organized in 2016 in cooperation with cultural centers Stoa and Vuotalo during 21.–24.9.2016. The festival will be international, which means that there will also be invited performances from abroad in addition to national ones. Through the open call we’re looking for performances which deal with the thematic of the festival from a new perspective, fearless of taking a stand. We value forms of expression which are appealing to youngsters as well as urbanity. The main target groups are youngsters and young adults, but we are also looking for performances for children to meet the INTERKULTkids concept. The performance for children should be directed to children between 5 and 8 years of age.”

Check out their web-page for more information here!