Around twenty years ago my son was in elementary school. As a silly mathematician father, I talked with his teacher, whether I could organize math days at their school. The first “real” math day was at my son’s pre-school. Before that I had had experience on math puzzles together with my son and his cousins as they were trying to solve them. At the pre-school math day, the children were completing for example exercises that adults would see as being about vector analysis, without teacher’s assistance. In second grade, pupils would solve first degree equations again without teacher’s assistance.

The vector analysis exercise in pre-school was such: in the doorway of the classroom there was a starting point marked with tape on the floor, there was also a piece of paper that had a red and blue arrow that were parallel with the walls of the classroom. In addition, there was carpenter’s measure of capacity and a piece of paper with red and blue double-digit and triple-digit numbers. The children were told that Namuska (from the band Karamelliooppera) had hidden a bag of candy in the classroom and had left behind such awful clues. After pondering for a little while, the children started following the clues towards the candy treasure – started to form a sum of the vectors!

At times I would organize the Math days for my son’s class myself and sometimes with our student group for the entire school. This group of students formed a strong core that also pulled some other students along. This core group was at times participating in the Math days that I had organized and sometimes they organized math days by themselves all around the Helsinki Metropolitan area. The group also received an award in a project against exclusion. As a result of the group’s work, a classic book on hands-on math was written “Socks and other kinds of math” (Björklund et al., 2002)1. A central person in the group was Saara Lehto, who became the first contact person for schools at the Department of Mathematics back then. It is still a bit unclear to me, whether this role was given to her just to describe her meritorious work or was she asked for the job. In any case, this step can be thought of as the starting point for operations of the “Resource Centre Summamutikka” (nowadays Math Lab Summamutikka) before it had been officially established.

Saara went her own way for a while, but now around the time between the end of March and the beginning of April Saara will return as the coordinator of Summamutikka. The current name for her role is most likely the coordinator of science education in math. In between, there have been many wonderful people working with Summamutikka, the most recent of them is Jenni Räsänen, who has done a fantastic job as a coordinator for the past five years.

In the beginning, the young and radiant Summamutikka was interested in offering experience for children and youth in especially themes that are not a part of math in school – at least not in the school level of the children. Later this anarchistic excitement has been accompanied by more “mature” aims.

Science education in math has always been in close contact with math teacher education as well as with ongoing research and development work in the university education of math in Helsinki. Same people are participating and there are also same kinds of ideas. The interest is on making math meaningful by developing new teaching methods as well as broadening the image of math. As an example of the previous, the method of enhanced apprenticeship is also used in teaching math in upper secondary school. The latter has to do with a highlighted aim of focusing on the “essential” contents and seeing math as something other than skillful manipulation of symbols. This is closely connected to hands-on math that has been thought of as the trademark of Summamutikka.

On the other hand, in science education in math it has been an attempt for the past couple of years to pass information on to pupils and students about current research on math and statistics and how these fields can be applied e.g. in questions about medicine: medical imaging and inversion theory, vaccination coverage and population models of biomathematics, resistant bacteria and biostatistics. The first step was to form a SoMa club about applied mathematics and statistics for girls. Based on this, a virtual Mathversum club was formed a little later for everyone. Later these similar themes came up in a course Math everywhere that was carried out in our Department. An open online version, MOOC has been opened for pupils and those interested.

Science education in math is currently concentrating on looking at biggest (read: most fascinating) challenges of school math from eye to eye.  For example, during master’s theses, ways have been developed (are being developed) in which to make fractions and the position system used in marking numbers more understandable. I am eagerly waiting for people to come and tell me that this and that part of school math is especially difficult to teach and learn…

In which direction does the development of science education in math take us to?  The aim is to continue all that has been found out to work and to carry even bigger social responsibility by participating in decreasing exclusion. An interesting example of this is the Pulmaario project. Its first stage included carrying out workshops supported by the Ministry of Education and Culture in math and programming (together with the Linkki science lab) at libraries in the Metropolitan area. This has to do with the fact that libraries have turned into places that youth like to spend time in. The workshops were brought to the youth, instead of trying to persuade youth to come to the workshops.

In the latter stage, the view was extended beyond: how to carry out workshops in such places that our university (or other centre belonging to the LUMA Centre Finland network) students don’t have enough time to go to, or that there aren’t enough resources? As a solution we offer you the Pulmaario model. Here, upper secondary school students are educated to instruct Pulmaario workshops. We are now in the development stage, where Jenni Räsänen as a part of her doctoral thesis, tries this type of education in one upper secondary school in Helsinki. The educated upper secondary school students organize Pulmaario workshops in libraries. Next Fall, this experiment is supposed to broaden out to the Turku region. The dream is that after the experiment and development phase, the Pulmaario model would get on its own two feet and wonder to areas, where there are no universities nearby. And sometimes it might even wonder to other fields and areas…

Here I have introduced some personal views of science education in math. Further information about supply at this point can be found on the websites of the Science Education Centre and Summamutikka Math Lab. 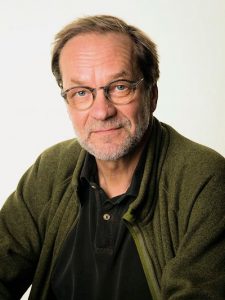