“How many words are there in the world? Did the Neanderthal people know how to speak? Why are people born in such a way that they know how to do all kinds of things?” children ask in a popular column Children´s questions about science in the newspaper Helsingin Sanomat1. As we can observe from these questions, scientific phenomena are not the only objects for astonishment, instead young minds also wonder about questions that are connected to humanities. This anthropological curiosity should be supported: today, science education operations at the University of Helsinki extend also to humanistic subjects in addition to the fields of science. But what exactly is science education in humanistic subjects and why is it important?

Why science education in humanities?

There are challenges in today’s world, some of which are not only global, but also complex. A good example of this is climate change. Climate change is a scientific phenomenon, which has been caused by the peoples’ actions. In order to solve such challenges, there is a need for interdisciplinary collaboration; information on how the nature works, but in order to control climate change we also need information on how to communicate about it to people, so that they can modify their lifestyles. Another current example are computers. They can be developed to do all kinds of things, but if there is a lack of understanding regarding what a person is like as a user of the computer, we cannot reach good results. These examples tell about how understanding a human is inevitably a part of solving today´s challenges.

Understanding complex phenomena and solving global challenges requires researching the way of thinking both now and in the future. The aim of science education is to encourage children and youth, makers of the future, towards researching and science, and to help understand the nature of researched information; for example, what scientific information is like, how researchers work and how research processes in various fields vary from each other. From the point of view of humanities, science education operations offer facilities and tools so that children and youth find humanistic objects of research, such as language and culture, as interesting questions: these are not only interesting phenomena in their complexity, but they can also be researched scientifically. The most important aim of science education in humanities is to guide the child and youth in observing the world in humanistic ways, to encourage them to ask questions that are typical for a specific field of science and to support and instruct in looking for answers.

The aim of humanistic science education operations is to familiarize children and youth with viewpoints in anthropology and to broaden their understanding concerning science and research: with the help of science education, the interest in anthropology such as history, philosophy, languages and cultures, take form as objects of science and research, in the same way as phenomena observed in science. Science education in humanities guides children and youth in wondering about the world and its phenomena from the viewpoint of the people´s actions. On the other hand, we humanists are dedicated to the idea shared by the entire field that sparking interest and motivation is a requirement for realization: science as a researching activity includes curiosity, critical thinking and the joy of success – regardless of the field.

Looking for one’s own voice

Science education in humanities has reached the age of a couple of years and is like the child at the inquisitive age that it admires – it observes, wonders, researches and tries independently. Science education operations at the Faculty of Arts have been started to form by taking advice from the more experienced: science education has been initiated for example by exploiting operating models that have been tested in the Faculty of Science, such as science camps and clubs. Science camps Explorers of the City Centre and Exploring with Languages in Summers 2017 and 2018 have especially been focused on humanities. Also, in Summer 2019, humanities can be experienced for example in a science camp Exploring the Symbols that combines languages and math, and a science camp Ancient Cultures that combines history and programming. As in school teaching, also in science camps the starting point is a phenomenon that can be approached from the viewpoints of several fields of science at the same camp.

A 2-year-old is also an active participant in interaction: the broadening of science education to humanities has not only been enabled with following the example of LUMA subjects, but it has also included multidisciplinary collaboration. Different fields of science of the Faculty of Arts have been mixed and matched in its many forms of operation such as research concerning languages and history, but also viewpoints in anthropology and science have been combined: this year humanistic viewpoints have been a part of a course Teachers’ Climate Change Forum 2019 that has climate change as a theme and that has been aimed for teachers teaching in different levels. From its nature, science education is multidisciplinary, the differences between each field are not in the middle, but instead the mutual aim to inspire children and youth. It is about bringing different viewpoints together: building mutual science and science education – the operating culture of observing, wondering and getting engrossed, where different fields do not compete against each other, but instead help to perceive the world as an entity. The child is at the center of science education and it is surrounded by miracles and phenomena that in the end are from the same world.

So that different viewpoints of fields can equally discuss with each other, it is important for science education in humanities to form its own voice, with which it can produce speech turns for discussion that unites all fields of science. From this viewpoint, the building of humanities’ own science education identity has been important especially at the beginning of operations. What is humanistic expertise and what new does humanities have to give to these operations? By looking at the answer to the question together with children and their families, we might be able to refine self-understanding of humanists’ and to tighten connections between other fields of science. The enthusiasm and interest of a child towards humanities is not created or can´t be found in a vacuum, but is built actively in the world by doing: from the viewpoint of humanities we should offer science education operations that support and encourage the child and youth to observe and get absorbed in such questions and methods, with which we anthropologists work – not forgetting the polyphony inside our faculty.

As in the entire science education operations at the University of Helsinki, also humanities have to do with participatory, hands-on science education, the possibility to do and research individually. By following these principles, science education in humanities has participated for example in a work shop Researcher or a detective? aimed for lower secondary school students during the Youths’ Day of the Science Days and has organized The Olympics of Finnish Linguistics together with the subject of linguistics. In addition, upper secondary school students have had the possibility to carry out their own research projects and to get acquainted with questions of cultural heritage on a university course Individual and Mutual Cultural Heritage. Besides in dialogue inside the university and between different fields of science, science education in humanities flourishes and develops in dialogue together with other participants in society, such as schools.

Views of the future

Recently, there has been a lot of discussion concerning what kinds of new demands continuous learning sets for the university. Through continuous learning, the university serves different aged learners from small children to senior citizens in the future. We can encourage our teachers towards science education operations and in creating courses that give glimpses of different fields, since in schools it is often impossible to get a feel for all the fields we offer in our faculty. We also have subjects that lack new students. For example, interest towards learning foreign languages has been decreasing by the year, even though the Finnish private sector is seriously in need of for example speakers of German. Studying languages at the University is much more than just practicing one’s language proficiency, and research concerning languages can be explored in a children’s science camp.

The work of getting children and youth interested towards research and science is ongoing. Central questions concerning humanities include for example: How research processes and methods that are typical for anthropology could be modified to be suitable for children and youth? The human with its cultures, languages and history is everywhere – in which ways can we inspire children and youth to observe and wonder this wondrous world? What kind of a place does science education in humanities have in the world of children and youth and as a part of school and free-time? Looking for answers to these questions through persevering development and research is important for the forming of science education in humanities, but it can also be a lifeline for a specific field of science.

In addition, besides the fact that science education operations at the university offer possibilities for science and research for children and youth, one of its main aims is to educate future science educators: different forms of operation when combined to courses offered to the university students (especially for future subject teachers of humanities) act as a platform for university students’ learning and offer them possibilities to enhance skills needed in the working life. Science education operations feeds also research that is directed to pedagogical questions with which educational operations are developed.

Although science in science education is in singular form, nevertheless science education – and sciences in the first place – is a various combination, where it is important that the voices of different research operating forms are heard. Science education covers many different fields, and therefore it supports many ways of researching and looking at the world. 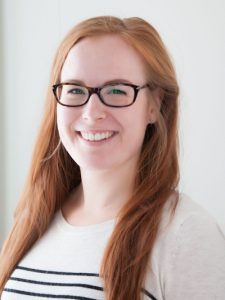 Laura Ihalainen is a university teacher of science education at the Faculty of Arts. 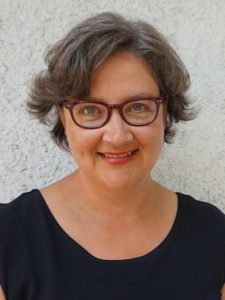 Ulla Tuomarla is the Vice Dean of Education, in charge of education at the Faculty of Arts.