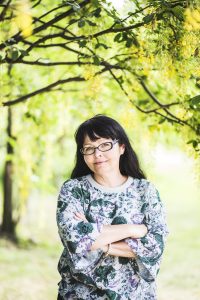 I currently work as a University researcher at Social and Cultural Anthropology at the University of Helsinki. I act as the PI of our collaborative project Postcolonial Apology and Legacies of Problematic Pasts, funded by the Kone Foundation. My on-going project Children as an “Imperial Investment”: British Child Migration to Colonial Southern Rhodesia funded by the Academy of Finland forms the theoretical and empirical background for the current research. The study focuses on British post-war child migration to colonial Rhodesia and is concerned with the fragmentedness of memory, issues of silence and silencing, questions of migration, education and institutional socialization, connected to building imperial citizens, as well as temporal unfolding of child migrant kinship.

Previously, my research has focused particularly on the study of colonial and postcolonial white settler communities of mainly British background, their identity politics and social memory practices in Eastern and Southern Africa. In my PhD work, Memory Meanders: Place, Home and Commemoration in an ex-Rhodesian Diaspora Community, I examined a diasporic community of white former “Rhodesians” currently living in South Africa. I studied the community’s social memory practices including commemorative rituals, food events, mnemonic objects and circulating memory narratives, for example those related to the nostalgic imaginings of colonial Rhodesian landscapes. My first ethnographic research was based on fieldwork in Kenya. It focused on the construction of white identity, the continuity of colonial institutions and the genre of life-historical narratives of former settler colonials.

In this project, my main interest is in developing the theory of postcolonial apology by critically examining its partial scope and silences. Ethnographically, I focus on the continuum of the reconciliation process to British child migrants, concentrating in particular on the children sent to late colonial Rhodesia. The reconciliation process began with PM Gordon Brown’s apology to the child migrants in 2010. The establishment of a Family Restoration Fund, which offered the migrants a chance “to build relationship with their families”, accompanied the apology. The launching of an Independent Inquiry into Child Sexual Abuse (IICSA) in 2016 signaled a new phase in the apology process. The Inquiry’s critical Investigation Report, published in 2018, puts the blame for neglecting to end children’s maltreatment and abuse within various child migration schemes, on successive UK governments. The report culminates in stern recommendations to the government, including financial redress, further institutional apologies, and the preservation of child migrants’ records. The case study focuses on the long-term process of reconciliation and highlights the changing and antagonistic interpretations of the successes and failures of apologies by their recipients. It looks at proposed “re-kinning” by the state, as the reconciliation process offered the former child migrants a possibility to “reunite with their families”. The study critically assesses what appears as re-enforced silencing by the UK government. Despite the fact that the government has accepted the recommendation for financial retribution, the organization of this action has received minimal publicity with little consultation of the former migrants themselves. Finally, the study investigates the creation, elimination and constraining of the colonial archive. For the former migrants, their missing personal records and documents forms an absence, which radically hinders their sense of being part of a nation and of history. 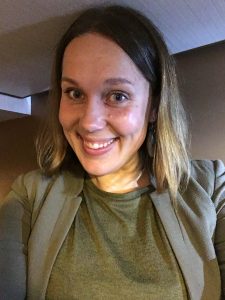 My research focuses on the Danish Government’s interventions on the family politics of Indigenous people in Greenland during 1950s-1970s and the concomitant public apology. It also looks at how the contemporary state disciplinary techniques that target to create good citizens and safeguard ‘child’s best interest’ draw on their earlier versions.

My focus is especially on the social experiments that tried to transform Greenlandic children into Danish-speaking elite, justified by the need to build the nation and secure its future. In practice, the children were displaced from their birth families and relocated to Danish foster homes, child-care institutions and boarding schools to learn Danish language and ‘Danish values’. In December 2020, the Prime Minister of Denmark addressed a public apology for 22 forcibly displaced children, triggering a truth and reconciliation process to ‘bring light into the darkest history of Denmark’.

My research further investigates how contemporary Danish immigration integration policies reproduce and refashion past discourses of nationality, citizenship, and good family, highlighting the co-constitution of the state and family. It also examines how people have responded to such interventions – not only through political and legal claims for apology and compensation, but also in their everyday actions with the frontline state agents who implement such policies. 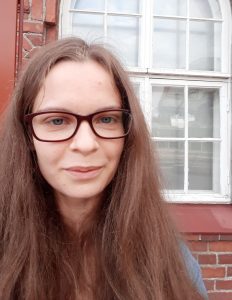 I am a PhD student in Social and Cultural Anthropology with research interests in social memory, historical silences, and politics of apology and reconciliation particularly in the contexts of settler colonialism and welfare state institutions. My doctoral project Whose Legacy? History of removing Indigenous children from their families in Canada and notions of intergenerational responsibility concentrates on legacies of earlier assimilation policies targeted at Indigenous children and families in Canada’s child welfare system. The project builds on my earlier work in my master’s thesis on social memory of Indian Residential Schools in Canada, in which I focused on local efforts of preserving and raising awareness of that history at former Shingwauk Residential School in Ontario.

My doctoral research focuses particularly on processes of transferring the control over child welfare completely to First Nations in Ontario. The project examines how this process seeks to address and transform the legacies of earlier (settler) colonial interventions targeted at Indigenous children and families: placements of children in Indian Residential Schools for the purpose of assimilation, and adoptions to settler families through provincial child welfare services. These questions relate to broader, ongoing debates over the legacies of colonization in a settler colonial state and responsibilities to address them in the present.