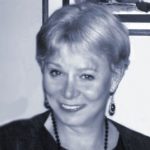 Deirdre N. McCloskey has been the UIC Distinguished Professor of Economics, History, English, and Communication at the University of Illinois at Chicago since 2000. Trained at Harvard as an economist, she has written twenty books and edited seven more, and has published some four hundred articles on economic theory, economic history, philosophy, rhetoric, feminism, ethics, and law. She taught for twelve years in Economics at the University of Chicago, and describes herself now as a “postmodern free-market quantitative Episcopalian feminist Aristotelian.” Her latest books are How to be Human* *Though an Economist (U. of Michigan Press 2001), Measurement and Meaning in Economics (S. Ziliak, ed.; Edward Elgar 2001), The Secret Sins of Economics (Prickly Paradigm Pamphlets, U. of Chicago Press, 2002), The Cult of Statistical Significance: How the Standard Error Costs Us Jobs, Justice, and Lives (with Stephen Ziliak; U. of Michigan Press, 2008), The Bourgeois Virtues: Ethics for an Age of Capitalism (U. of Chicago Press, 2006), Bourgeois Dignity: Why Economics Can’t Explain the Modern World (U. of Chicago Press, 2010), Bourgeois Equality: How Ideas, Not Capital or Institutions, Enriched the World (U. of Chicago Press, 2016), and Why Liberalism Works: How True Liberal Values Produce a Freer, More Equal, Prosperous World for All (Yale U. Press, 2019). 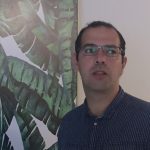 Iddo Tavory is an Associate Professor of sociology at NYU, and editor of Sociological Theory. A sociologist of culture and an ethnographer, he is broadly interested in the interactional patterns through which people come to construct and understand their lives across situations. His book Abductive Analysis (with Stefan Timmermans) provides a pragmatist account that allows researchers to make the most of the surprises that emerge in the process of research. His second book, Summoned, is an ethnography of a Jewish neighborhood in Los Angeles as well as a treatise on the co-constitution of interaction, identity and social worlds. His forthcoming book (2022, with Sonia Prelat and Shelly Ronen) explores the tangle of goods that emerges in pro bono advertising, and theorizes the coordination of different forms of worth in action. He is currently beginning a manuscript on interactionism and culture as well as writing a book based on an ethnography of an advertising agency in New York. Among other awards, Iddo has received the Lewis A. Coser Award for theoretical agenda setting in sociology.