After almost half a century of being on the front line of the global Cold War and the unfinished Chinese Civil War, in the early twenty-first century the people of the offshore islands of Quemoy/Kinmen and Matsu now find themselves on a different kind of front line: the front line of evolving Cross-Straits relations.  An unexpected consequence for local society on these small islands in the Taiwan Straits has been that virtually every local interest and issue has become entangled in some way with the larger Cross-Straits relationship.  The current rise of China suggests that the same entanglement may increasingly shape politics in the rest of Taiwan, elsewhere in the region, and beyond. 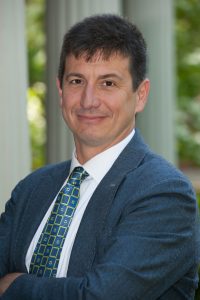 Michael Szonyi is the Frank Wen-hsiung Wu Professor of Chinese History and Director of the Fairbank Center for Chinese Studies at Harvard University. A social historian of the Ming dynasty and the twentieth century, his books include The Art of Being Governed: Everyday Politics in Late Imperial China (2017) and Cold War Island: Quemoy on the Front Line (2008).  He is the editor of A Companion to Chinese History (2017); co-editor with Zhao Shiyu of The Chinese Empire in Local Society: Ming Military Institutions and their Legacy (2020), and co-editor with Jennifer Rudolph of The China Questions: Critical Insights into a Rising Power (2018).