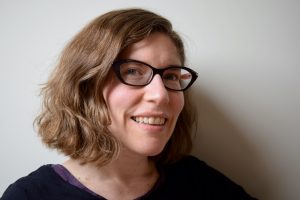 In this talk I survey the background intellectual contexts that made encounters with otherness–in Taiwan and elsewhere–thinkable for Chinese travelers and literati in the late Ming and early Qing. I try to show how the embrace of personal experience by followers of Wang Yangming encouraged empirical investigation of, and respect for, diverse forms of living, including that of non-Han Chinese. This finding directly contradicts most Chinese and Western historiography of the Ming-Qing transition, which held that only with the rise of kaozheng (evidential research) and Qing territorial expansion do we find interest in ethnographic documentation of non-Chinese others. It also counters a common criticism of the Yangming school that it remained overly focused on subjective moral insight rather than engagement with the external world. And yet, many of the most sympathetic accounts of indigenous people on Taiwan during this period were written by scholars with sympathy for the Yangming school, including Chen Di and Yu Yonghe. Their work complicates common narratives about the mutual implication of empirical research and territorial expansion and consolidation, by introducing alternative ethical motivations for empirical documentation that in turn shape what and how foreign others are constructed, studied and represented in Chinese discourse.

Leigh Jenco (BA, Bard College; MA and PhD, University of Chicago) joined London School of Economics in 2012, after teaching at the National University of Singapore. She has held visiting positions at the Institute of Modern History, Academia Sinica, Taiwan; the Department of History, National Taiwan University; and the University of Heidelberg. She has served as associate editor of the flagship journal American Political Science Review and principal investigator for the Humanities in the European Research Area grant project “East Asian Uses of the European Past,” funded by the European Commission. She is working on two book projects concurrently, both of which draw from political theory, the global intellectual history of early modernity, and Asian studies. The first project explores the relationship between late Ming neo-Confucian ideas, particularly of the Taizhou school of Yangming learning, to the articulation of otherness and equality in thinkers such as Jiao Hong and Chen Di. The second project examines how Chinese and Dutch writers grounded distinctive justifications for colonial rule on the island of Taiwan in the seventeenth and eighteenth centuries.