This talk examines the controversial nickname of Taiwan as a ghost island and further explores its growing impact on contemporary literary and artistic creation in the local community. In the supernaturally enhanced accounts produced during the Qing rule, Taiwan is portrayed as the adobe of fantastic beasts and monsters with reference to a variety of legends and myths. During the Japanese occupation period, Taiwan was named by its colonizers as a “ghost island” due to its severe epidemic problems like malaria and cholera. This spectral label on Taiwan directly points to the political divide between the colonizers and the colonized in a symbolic light. In postwar Taiwan, the “ghost island” has continued to function as a thought-provoking identity of the contested island-nation. Intriguingly, the ghost-island identity has been widely adopted by Taiwanese writers, celebrities, and netizens to reflect the self-doubt and self-mockery of the islanders under the circumstance that Taiwan is comparable to an invisible ghost country not officially recognized by the United Nations. Given its colonial, cult, and political backdrops, ghost-island narrative has emerged as a notable trend in Taiwan literature and more. This presentation intends to expand the scope of the genre by taking into account the development and transformation of the ghost-island narrative in pop music, cinema, and even video games. Across platforms, ghost-island narrative serves as an effective medium that not only speaks to the historical past of the contested island-state but also channels political and psychological anxieties experienced by Taiwanese islanders in the twenty-first century. 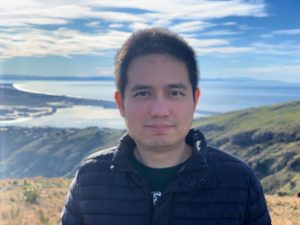 Chia-rong Wu is a Senior Lecturer in the Department of Global, Cultural and Language Studies at the University of Canterbury in New Zealand. Dr. Wu received his PhD in Comparative Literature from the University of Illinois at Urbana-Champaign, USA. He specializes in Sinophone studies with a focus on Taiwan literature and film. His research interests include ghost-island literature (鬼島文學), strange fiction (志怪), Aboriginal literature, and ecocriticism. Dr. Wu is the author of Supernatural Sinophone Taiwan and Beyond (Cambria Press, 2016) and Remapping the Contested Sinosphere: The Cross-cultural Landscape and Ethnoscape of Taiwan (Cambria Press, 2020).